California has been a battleground for litigants testing whether and under what circumstances mandatory arbitration provisions and class action waivers will be enforced. A recent decision from the California Supreme Court, Sanchez v. Valencia Holding Co., No. S199119, 2015 WL 4605381 (Cal. Aug. 3, 2015), continues the trend set by the U.S. Supreme Court of enforcing arbitration agreements with express class action waivers. See Stolt-Nielsen S.A. v. Animalfeeds Int’l Corp., 130 S.Ct. 1758 (2010); AT&T Mobility LLC v. Concepcion, 131 S.Ct. 1740 (2011); American Express Co. v. Italian Colors Restaurant, 133 S.Ct. 2304, 2310 (2013). This case also provides further clarity that even-handed arbitration agreements, even in contracts of adhesion, will be enforced and is a useful reminder to companies that do not currently use arbitration agreements to reevaluate that decision.

The Sanchez v. Valencia Holding Co. case involved a car sales contract for a used Mercedes-Benz for about $53,000. The contract contained an arbitration agreement that, among other things, (i) provided for the appeal of “arbitral awards of $0 or over $100,000” and grants (but not denials) of injunctive relief to a panel of arbitrators; (ii) required the party seeking further review by a panel of arbitrators to pay appeal costs; (iii) preserved the ability of the parties to pursue relief in small claims court and through self-help measures; and (iv) contained a class waiver provision. Also, the arbitration agreement contained what the California Supreme Court referred to as a poison pill, where the class waiver provision was not severable such that “if the class waiver is deemed unenforceable, then the entire arbitration agreement shall be unenforceable.” 2015 WL 4605381, at *1, 14.

The plaintiff filed a putative class action lawsuit on behalf of himself and four separate classes in state court alleging violations of California’s Consumer Legal Remedies Act (CLRA), Automobile Sales Finance Act, Unfair Competition Law, the Song-Beverly Consumer Warranty Act and the Public Resources Code. After the dealership moved to compel arbitration, the plaintiff argued that the arbitration agreement was an unenforceable “contract of adhesion” because, inter alia, he was not given an opportunity to read the agreement or negotiate its terms and the arbitration clause was hidden on the back of one of the many agreements he was asked to sign.

The California Supreme Court held that, although “Concepcion reaffirmed that the [Federal Arbitration Act (FAA)] does not preempt generally applicable contract defenses, such as fraud, duress, or unconscionability,” those defenses must be “enforced evenhandedly.” Id. at 1 (internal citation and punctuation omitted). In so holding, the California Supreme Court reaffirmed “that procedural and substantive unconscionability must both be present in order for a court to exercise its discretion to refuse to enforce a contract or clause.” Id. at 4 (internal punctuation omitted). Additionally, “the more substantively oppressive the contract term, the less evidence of procedural unconscionability is required to come to the conclusion that the term is unenforceable, and vice versa.” Id. However, the court also clarified that a party invoking the unconscionability doctrine must demonstrate “a substantial degree of unfairness beyond a ‘simple old-fashioned bad bargain,’” and the terms “shock the conscience,” “overly harsh,” “unduly oppressive,” and “unreasonably favorable” that have been used by California courts to describe the unconscionability analysis “all mean the same thing.” Id. at 4-5 (emphasis in original).

The court further explained that Concepcion makes clear that unconscionability rules, “even when facially nondiscriminatory, must not disfavor arbitration as applied by imposing procedural requirements that ‘interfere with the fundamental attributes of arbitration.’” Id. at 6 (emphasis in original and citation omitted). Nevertheless, “Concepcion does not immunize adhesive arbitration processes from state law unconscionability principles.” Id. [citing Little v. Auto Stiegler, Inc., 29 Cal. 4th 1064, 1071-74 (2003) (holding that an arbitration agreement containing a $50,000 threshold for appeal of employment disputes was unconscionably one-sided)].

Applied to the contract at issue, the California Supreme Court held that the contract has “some degree of procedural unconscionability.” Id. at 8. The court noted that the defendant did not dispute that it was a contract of adhesion. The court further noted that the plaintiff could not have opted out of the arbitration agreement or negotiated the contract without that provision. Nevertheless, the court clarified that the defendant was not required to advise the plaintiff that the agreement contained an arbitration provision and that “any state law imposing such an obligation would be preempted by the FAA.” Id. at 7.

The California Supreme Court then concluded that none of the four challenged provisions in the arbitration clause were substantively unconscionable.

In light of the ruling in Sanchez, companies should consider the following when drafting arbitration agreements or modifying existing ones:

In sum, the California Supreme Court’s decision provides a good reminder to companies about the use of arbitration and class action waivers as a defense to potential class action exposure in the consumer-fraud context and is how companies should be thinking about their arbitration agreements. 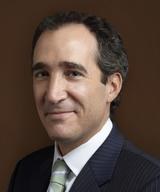 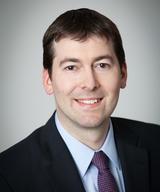 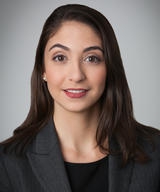 Securities Class Action Lawsuits are Booming, so Why are Billions of Dollars Left Behind?

Class action lawsuits are soaring in number in the United States and overseas. And, as you would imagine, so is their complexity.