Over the past few months, Russia’s global position has morphed from that of host to exile, diplomat to aggressor.

Early in 2014, Russia welcomed the world to Sochi for the Winter Olympics; in late 2013, the country was a key intermediary in diplomatic talks with Syria. But then in late February, former Ukrainian President Victor Yanukovych fled Ukraine and sought refuge in Russia. As Ukraine’s fledgling interim government struggled to maintain control, Russian President Vladimir Putin invaded and seized control of Ukraine’s Crimean peninsula.

The United States, the European Union and Canada responded swiftly. Within weeks, they had developed a series of sanctions ranging from asset freezes to visa restrictions and travel bans against parties determined to be involved in Ukraine’s political destabilization and/or integral to the Russian economy. The scope of individuals and entities that are potentially subject to sanctions is enormous. It includes senior members of the Yanukovych regime, senior Russian government officials, and individuals employed in Russia’s financial services, energy, metals and mining, engineering, and defense industries. In addition, at the end of March, the U.S. government imposed an embargo on arms exports to Russia, and ceased issuing licenses for exports of certain commercial items to the country. Both of these measures are to continue indefinitely.

In addition, on April 3, the United States enacted the Support for the Sovereignty, Integrity, Democracy, and Economic Stability of Ukraine Act of 2014 (“the Act”). Under the Act, the President is required to impose sanctions on persons determined to be responsible for violence, human rights abuses, or undermining the peace, security, stability, sovereignty, or territorial integrity of Ukraine. The President is also required to impose sanctions against any Russian government official, or a close associate or family member of such an official, deemed to be involved in significant corruption in Ukraine. (Under the Act, the President may decline to impose such sanctions in the interest of national security.)

As of April 18, the United States had sanctioned only 39 individuals under the Ukraine sanctions program – though as noted above, the infrastructure is now in place to impose restrictions on many more individuals and entities. In addition, the United States has introduced sanctions against one Russian bank, Bank Rossiya, effectively blocking it from engaging in dollar-based transactions. We understand from anecdotal evidence that U.S. and other Western banks, which are on the front line in imposing the sanctions, have been busy dealing with even the limited designations made to date. We also understand that the United States is contemplating additional sanctions against Russia’s financial sector.

The Russian economy felt the effect of sanctions almost immediately. Russian stocks plummeted, and the ruble fell to a record low against the dollar. In part as a result of the sanctions, the World Bank has predicted that the Russian economy could contract by nearly two percent in 2014.

The Russian government responded with both scorn and revenge. Shrugging off the individual travel bans and asset freezes, Russian senior officials scoffed that they have no assets abroad and no plans to travel to the United States. And Putin trivialized the potential effects of the financial sanctions, describing Bank Rossiya as the “personal bank” of many Russian senior officials and declaring plans to receive his official salary there.

Russia has also imposed retaliatory travel bans against a small number of U.S. and other lawmakers and officials. The Russian Ministry of Defense is reportedly considering impeding the international inspections of Russia’s nuclear weapons that Russia agreed to with the United States and the Organization for Security and Cooperation in Europe.

Furthermore, Russian Deputy Foreign Minister Sergei Ryabkov has threatened to undermine U.S. nuclear talks with Iran. The irony of this threat should not be missed. As discussed below, it was the imposition of economic sanctions on Iran that helped bring it to the negotiating table in the first place.

U.S. sanctions against Iran have been in place for over three decades, stemming from the hostage crisis in 1979. Denouncing Iran’s support of international terrorism, violations of human rights, and its unwillingness to halt its nuclear activities, the United States has imposed a long list of restrictions targeting both individuals and entire industries critical to Iran’s economy.

In the 1980s and 1990s, the United States was mostly a lone actor, blocking assets, issuing trade embargoes and restricting U.S. persons and companies from participating in virtually any business activities in Iran. But, more recently, as Iran stubbornly pursued its uranium enrichment program, the United States imposed even stiffer sanctions.

Since 2010, the United States has piled on a host of restrictions – primarily targeting non-U.S. parties – in an effort to cripple key sectors of Iran’s economy. Notably, most of these restrictions were introduced by statutes, including (i) the Comprehensive Iran Sanctions, Accountability, and Divestment Act of 2010 (CISADA); (ii) the National Defense Authorization Act for 2012 (NDAA); and (iii) the Iran Threat Reduction and Syria Human Rights Act of 2012 (ITR).

Through these statutes, the U.S. Congress has attempted to send a clear message to the rest of the world: the U.S. government is willing to penalize any company, regardless of nationality, conducting business in key sectors of Iran’s economy. Under the ITR, U.S. sanctions on Iran were extended to reach foreign subsidiaries of U.S. companies. In effect, the sanctions forced large non-U.S. companies and financial institutions to choose whether to do business with the United States or to do business with Iran.

Over the past few years, multilateral efforts have also increased, resulting in Iran’s further isolation. The United Nations enacted resolutions to prohibit the export of uranium-enriching materials to Iran, imposed arms embargoes and blocked assets of several entities and individuals related to the Iranian political regime. The European Union and Canada issued trade restrictions as well, and even countries such as Japan and South Korea, which were dependent on oil imports from Iran, joined in the Iranian oil embargo.

Iran was hit hard. Its oil industry tanked – the loss of income from oil exports reportedly cost the country between four and eight billion dollars per month. The deprivation of oil revenue, coupled with increasing isolation from international banking systems, caused the value of Iran’s currency to plummet and inflation to rise.

The carrot-and-stick approach apparently worked. It seems that the pressure of these sanctions squeezed Iran into seeking a deal and helped usher in more moderate leadership. Late last year, Iran agreed to an interim deal (the Joint Plan of Action or JPOA) to freeze its nuclear program in return for reduced sanctions. The JPOA provided sanctions relief worth six to seven billion dollars, loosening restrictions on, among other sectors, Iran’s oil, automotive, and civil aviation industries.

What Can We Expect For Russia?

While many commentators question the value of imposing economic sanctions against rogue states, the relative success garnered in Iran may make foes – and advocates – of sanctions think more about their potential efficacy. It may also tempt the United States to chart a similar course in dealing with Russia.

Sanctions against Iran really started to bite when Iran was denied access to the international banking system. It is unclear whether the United States or other countries would be willing to take these steps with Russia. The United States has had a long history of trying to thwart Iran’s nuclear capabilities and human rights abuses. These goals were easy for other countries to (eventually) support.

With regard to Russia, however, the goals are not so clear. Russia has already taken steps to issue passports to residents of Crimea and to convert the Crimean currency to the ruble. With momentum in Russia’s favor, it seems unlikely that sanctions imposed by the West – regardless of their severity or duration – will bring about Russia’s retreat from Crimea. (Moreover, many in Crimea seemingly favor joining Russia.)

Further incursions by Russia into Ukrainian territory are likely to be met with additional sanctions. But if Russia ultimately decides to stay put in Crimea, the current sanctions could stagnate for years. Unlike the explicit and measureable goal of nuclear non-proliferation underlying the Iran sanctions, without further aggression by Russia, the purpose – and importance – of the Russia sanctions may diminish with time.

Moreover, the sheer size of Russia’s economy and its entanglement with the global marketplace set it apart from Iran. Ripples from Russian financial sanctions are likely to be felt throughout Europe and the United States. Various Western banks maintaining subsidiaries throughout Russia will take a significant financial hit if sanctions are expanded and Russia responds in kind.

Likewise, the European Union’s continued cooperation with the United States in imposing sanctions is far from assured. Russia is a major provider of European energy. Thanks to a mild winter, European countries are currently sitting on significant gas reserves, which will allow them to withstand a temporary reduction in Russian energy supplies resulting from the sanctions. But in the months to come, Europe’s appetite for sanctions – particularly without a clear and achievable goal – is likely to wane along with those gas reserves.

While it is tempting to see the recent progress with Iran as evidence that U.S. sanctions on Russia will be successful, we fear that will not be the case. Iran and Russia are starkly different countries, each with a unique history and relationship with the United States, the European Union, and other international actors. Expanded sanctions against Russia have significant potential implications for the United States and other Western nations, and thus will not be entered into lightly.

However the sanctions on Russia develop, and whatever happens with respect to Iran, we think the lesson to draw from Iran and Russia (and elsewhere) is that sanctions are versatile and dynamic. They can be employed in a variety of ways to meet a host of foreign policy goals. Sanctions can be developed and implemented rapidly and without warning. For example, most of the restrictions imposed on Russia to date were introduced over the course of just a few weeks via several presidential Executive Orders.

We would expect that, with this infrastructure now in place, the United States may continue slowly but surely to designate additional Russian individuals and entities for sanctions. This will create an ongoing compliance challenge for those (many) U.S. companies still doing business in and with Russia. If Iran is any guide, we can expect that challenge to continue for many years to come. 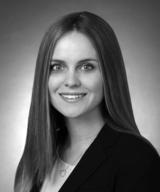