RICO Liability For The Corporate Defendant

The Racketeer Influenced and Corrupt Organizations Act (“RICO”) makes it "unlawful for any person employed by or associated with any enterprise . . . to conduct or participate . . . in the conduct of such enterprise's affairs" through the commission of two or more statutorily defined criminal acts – which RICO calls "a pattern of racketeering activity." § 1962(c). Under RICO, the "person" – not the "enterprise" – is the party who may be named as the defendant in a civil RICO claim under this section. Additionally, as the language suggests, and the Supreme Court has held, the “person” must be distinct from the “enterprise.” Cedric Kushner Promotions, Ltd. v. King, 533 U.S. 158 (2001). While it is a seemingly obvious principle that a “person” may not be “employed by or associated with” itself, in the context of the corporate “person,” this so-called “distinctness requirement” has generated substantial confusion among practitioners and circuit courts alike as to exactly what type of separateness must be pled for 1962(c) purposes, and at least for the time being, the Supreme Court has declined to weigh in.

It is well established that when individual officers or employees operate and manage a corporation and use it to conduct a pattern of racketeering activity, they can be held liable as distinct “persons” under §1962(c). See, e.g., Cedric, 533 U.S. at 164-65; Jaguar Cars, Inc. v. Royal Oaks Motor Car Co., 46 F.3d 258, 268-69 (3d Cir. 1995). Interestingly, this is true even when the individual person is the president and sole shareholder of a closely held corporation constituting the enterprise. See Cedric, 533 U.S. at 163 (finding distinctness requirement satisfied where boxing promoter Don King, the defendant “person,” was also the president and sole shareholder of the alleged "enterprise" corporation); see also Securitron Magnalock Corp. v. Schnabolk, 65 F.3d 256, 263 (2d Cir. 1995), cert. denied, 516 U.S. 1996 (holding that “even if [a principal] owned 100 percent of the shares of each corporation, the corporations would be separately existing legal entities capable of constituting an association-in-fact enterprise.”) According to the Supreme Court, that is because: “[t]he corporate owner/employee, a natural person, is distinct from the corporation itself, a legally different entity with different rights and responsibilities due to its different legal status. And we can find nothing in the statute that requires more ‘separateness’ than that.” Cedric, 533 U.S. at 163.

While this would seem to imply that a formal legal distinction alone is enough to satisfy RICO’s distinctness requirement, the Supreme Court explicitly declined to extend its ruling to the circumstance in which a corporation is named as the RICO “person,” and its employees, or the corporation, together with its employees, are named as the “enterprise.” Cedric, 533 U.S. at 164 (“It is less natural to speak of a corporation as ‘employed by’ or ‘associated with’ this latter oddly constructed entity.”) The Supreme Court likewise declined to rule on whether a subsidiary and parent corporation, although clearly legally distinct, are sufficiently separate for purposes of RICO liability. Id.

Similarly, when the Third Circuit in Jaguar Cars held that the joint owners and managers of a Jaguar dealership were sufficiently distinct from the dealership itself due to their separate legal identity, it chose not to address distinctness for the corporate RICO “person,” and instead to confine its ruling to the conduct of officers acting through a corporate enterprise. Jaguar Cars, 46 F.3d at 268. According to earlier Third Circuit jurisprudence, however, civil RICO claims against corporations who are sued as RICO "persons" generally fail where the members of the alleged enterprise include only the corporate defendant in association with its employees, agents, or affiliated entities. See Brittingham v. Mobil Corp., 943 F.2d 297, 301 (3d Cir. 1992). That is, they fail unless a plaintiff can somehow demonstrate that “the parent corporation played a role in the racketeering activity which is distinct from the activities of its subsidiary,” and was not simply acting “on behalf of, or to the benefit of, its parent." Lorenz v. CSX Corp., 1 F.3d 1406, 1412 (3d Cir. 1993). Thus, legal separation alone was not considered sufficient to establish §1962(c) distinctness. The rationale provided for the different treatment between individuals and corporations was traditionally that “[a] corporation must always act through its employees and agents, and any corporate act will be accomplished through an ‘association’ of these individuals or entities.” Brittingham, 943 F.2d at 301.

After Jaguar Cars, which relied on the separate legal existence of a corporation from its officers or employees, it became unclear whether the reasoning of these earlier cases would stand. District courts in the Third Circuit who examined the issue took opposing views. In Brokerage Concepts, Inc. v. U.S. Healthcare, Inc. No. 95-1698, 1995 U.S. Dist. LEXIS 10807 * 26 (July 25, 1995), the Eastern District of Pennsylvania permitted a RICO case to proceed that named US Healthcare, its subsidiary and two of its’ subsidiary’s employees each individually as RICO persons and at the same time, collectively, as the RICO enterprise. The court reasoned that the analysis employed in Brittingham that a corporation must always act through it employees, and therefore cannot be viewed as distinct from its employees, “did not survive Jaguar Cars.” Id. at *26. Separate legal status, without more, was deemed sufficient for RICO distinctness.

By contrast, another district court in Pennsylvania reached the opposite conclusion in a decision rendered earlier that same year. See Metcalf v. PaineWebber Inc., 886 F. Supp. 503, 515 (W.D. Pa. 1995) (RICO claim failed against defendant PaineWebber because it was not sufficiently distinct from an enterprise consisting only of itself, along with various subsidiary companies, agents and affiliates). The Metcalf decision moved away from legal separateness and held that a RICO complaint “must include some person or entity operating outside of the defendant’s or defendants’ normal scope of business.” Id. at 513-514. Relying on Brittingham, the Court found good reason to continue to distinguish between corporate “persons” and individual “persons” with respect to §1962(c) distinctness. Jaguar Cars was not viewed “as in any way undermining or affecting [its] analysis.” Id. at 514.

The Third Circuit Court of Appeals subsequently affirmed the decision in Metcalf, appearing to signal that Brittingham and its progeny remain good law. Metcalf v. PaineWebber, Inc., 79 F.3d 1138 (3d Cir. 1996) (without opinion). The issue has not been revisited by the Third Circuit since the Supreme Court’s decision in Cedric. In the meantime, district courts apply two separate distinctness tests: (1) Cedric’s legal separateness test when the RICO “person” is an individual; and (2) the pre-Jaguar cars precedent when the RICO “person” named is a corporation. See South Broward Hospital District v. Medquist Inc., 516 F. Supp. 2d 370 (D.N.J. 2007) (holding that parent corporation (MedQuist) was not sufficiently distinct from association-in-fact enterprise between Medquist and its wholly owned subsidiary.)

In other words, the Third Circuit requires something more than legal separateness to establish RICO distinctness for the corporate “person.” But, the exact contours of the "something more" continue to be vague. What does it mean for a subsidiary company to operate outside the defendant parent's "normal scope of business"?

It is only a matter of time before the Supreme Court will have to step in and take this issue head-on. For now, a plaintiff’s best bet is to name a natural person as the RICO defendant, or else ensure that it names an outside party other than the defendant corporation’s employees or affiliated entities as part of the RICO enterprise. On the defense side, should a plaintiff name a corporate entity as a RICO “person” and the enterprise consists only of officers, employees, or affiliates, a motion to dismiss is in order. 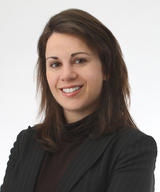