Renewable Energy: The State of the Art: The business case may depend on where your company is located

Sustainability initiatives have become part of many corporate cultures, with businesses seeking renewable energy options to meet their sustainability goals. At the same time, energy costs are often a primary cost of doing business, and as such, renewable energy options must make sense from a business perspective. Although the ability to honor these two objectives would have historically been viewed as being at cross-purposes, many businesses have found that these twin goals can be honored through planning and smart procurement strategies. This article offers some potential vehicles for pursing renewable options and some legal issues to consider as businesses seek to navigate a path that makes strides toward achieving sustainability goals while also being mindful of managing energy costs.

As a threshold matter, the options that exist for businesses in crafting procurement strategies depend on whether a business is located in a state with traditional cost-of-service regulation or in a state with retail access to competitive supply options (i.e., an electric-restructured state). Customers located in electric-restructured states have more options to incorporate sustainability goals directly into their businesses.

In electric-restructured states, for example, many businesses receive service under market-based retail supply contracts, and businesses can directly incorporate renewable purchases, often by purchasing renewable energy credits (RECs) for a portion of their requirements. These credits are market-based instruments that represent the property rights of the environmental, social and other nonpower attributes of renewable electricity generation. A credit is issued when one megawatt hour of electricity is generated and delivered to the electricity grid from a qualified renewable energy resource. Such purchases would be above and beyond any renewable portfolio standard mandate that may exist in the state in which a business is located and be tailored to meet the business’s corporate objectives.

In concert with any retail supply contract, a business may also enter into a power purchase agreement (PPA) with a third-party developer, either at the business’s location or off-site. Under such PPAs, a third-party provider owns, installs and operates the renewable energy system. For the project developer, the PPA provides a stable and predictable revenue stream, which is key to financiers and banks supporting such projects. For the corporate purchaser, the PPAs create value by locking in energy prices to reduce the fuel-price volatility of conventional energy and often are expected to provide a hedge against predicted rises in energy costs. PPAs have the benefit that another party is responsible for owning and managing the renewable energy project. Alternately, businesses may elect to own and operate renewable energy sources themselves.

Regardless of whether a business is a party to a PPA or a direct owner of a renewable energy system, strategic deployment of renewable energy, particularly of solar, can be an available tool for an energy-intensive business to reduce its energy costs, particularly in service territories with expected increases in costs for utility service and, most especially, high demand charges. Despite the influx of natural gas from shale formations, many businesses expect utility costs to increase due to concerns about aging infrastructure and calls for it to be modernized to better withstand system stress. Businesses expect that utilities will seek additional revenue for these initiatives, which translates to increasing electricity rates charged to customers. The effectiveness of solar as a hedge rests in offsetting energy charges and consumption during hot summer days when energy prices are high and when demand charges can be set. Careful analysis of billing components and a business’s usage patterns may transform a borderline economic solar project into an attractive option.

Businesses can only sign traditional PPAs in states where the utilities have been deregulated to allow supplier competition. Generally speaking, businesses located in states subject to traditional cost-of-service regulation have no choice about who provides their power and must receive service under the local utility’s tariff. The green power options that exist under such tariffs vary. Although many traditional utilities are responding to customers’ calls for more renewable energy options, a common criticism is that such utility programs are not always cost-effective and meaningful.

In addition to renewable energy strategies, businesses with thermal loads should also consider the viability of installing a combined heat and power (CHP) system to support their sustainability goals. A CHP system generates electric power and thermal energy from a single fuel source. As the price of natural gas remains low, CHP represents a solid investment in improved efficiency. As explained by the U.S. EPA, the higher efficiency of CHP translates into lower operating costs, reduced emissions of all pollutants and increased reliability and power quality. It also helps reduce grid congestion and avoid distribution losses. As CHP systems can be eligible as a qualifying facility under the Public Utility Regulatory Policies Act, CHP is an option in both regulated and electric-restructured states.

Declining Costs of the Underlying Technology

A primary driver in renewable energy is that the costs of such projects are undeniably lower than they have been. Electricity historically has been produced by large generating plants that offer economics of scale. Economies of scale are beginning to be seen in the renewable energy world as well, which is driving down the cost. Unlike conventional generation, however, where the cost of fuel is a key input, many renewable energy sources, such as wind and solar, are technologies with no real fuel inputs. So the cost of the technology itself is key to whether certain renewable projects are economic for businesses.

To be clear, the dramatic reductions in the price of renewable energy, such as wind and solar, have been made possible, at least in part, by government subsidies, such as the federal investment and production tax credits. The prospects for continuation of these governmental incentives is unclear at this point. Another key incentive for renewable projects has been individual state net-metering policies. For electric customers that have on-site renewable energy generation technologies, net metering allows those customers’ electric meters to spin backwards, ensuring that they receive credit for any electricity that they put in the electricity grid rather than use themselves. Each state has a different approach to net metering, and the economic benefits thus can differ widely. The continued availability of federal tax credits as well as state net-metering policies are vulnerable due to their dependence on legislative and/or regulatory action. This risk of regulatory change must be allocated in any contracting documents.

It also warrants noting that a complex layer of regulation overlays the energy industry. The rules by which renewable energy projects participate are subject to change, which heightens the importance of regulatory change clauses in any contracting documents. Close consideration should also be paid to whether any federal or state energy laws are implicated. For example, any sales of a renewable energy project into the wholesale market may implicate the Federal Power Act and the Public Utility Regulatory Policies Act.

In summary, well-structured investments in renewable energy can create opportunities for businesses. These types of projects, however, often require a focus on energy procurement that is atypical. Historically, the energy procurement function was relatively narrow, if not segregated, within a business. That may be beginning to change, as fixed energy prices increase despite relatively low energy prices. Particularly for those businesses making large-scale investments in renewable energy, these decisions go beyond the utility procurement function and must be integrated with other facets of business planning. Taking steps to integrate a business’s energy procurement strategies with its sustainability initiative may yield positive results. 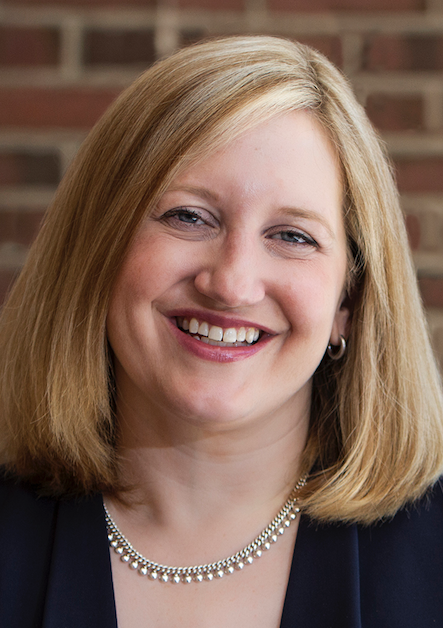