Reckoning with the Size, Scope And Power of Social Media Giants

Bob Fay, managing director of digital economy research and policy at the Centre for International Governance, discusses the Federal Trade Commission’s pending antitrust lawsuit against Facebook, as well as broader issues around data privacy, competition and regulation in the digital age.

CCBJ: Please explain the background and potential effects of Facebook’s purchase of Instagram and WhatsApp. The Federal Trade Commission (FTC), for instance, has brought an antitrust lawsuit against the social media giant, claiming that it has harmed competition by buying up these smaller companies.

Bob Fay: Last summer, the Committee on the Judiciary released a very comprehensive report on the state of online competition. It brought out a number of very important points, focusing on the role of digital platforms as gatekeepers (Google for search, Apple for apps, Amazon as a sales platform, Facebook for social media) and their ability to control markets. It also discussed broader issues including for a free and diverse press, innovation and privacy.

The FTC’s lawsuit is much narrower than these issues: It alleges that Facebook’s purchases of Instagram and WhatsApp have essentially led to less competition in the marketplace than would otherwise have been the case. Instead of competing, Facebook chose to purchase these emerging threats. In other words, instead of innovating and competing, it chose an action that ultimately leads to less innovation overall and has negative implications for consumer welfare.

The takeovers raise the very important issue of “kill zones.” Social media platforms like Facebook sit on billions of dollars in cash that they have amassed through their economies of scale, scope, network externalities and first-mover advantage. And they can use this cash like a venture capital fund: to take out the competition. In fact, one arm of their operations is essentially a venture capital fund. We know about the public takeovers such as WhatsApp and Instagram. What we know much less about are the takeovers of small innovative private firms that might have had the potential to bring substantial competition: those companies that enter the kill zone. These takeovers could have serious implications for innovation, welfare and consumer choice.

What has this lack of competition meant for consumers?

The FTC alleges that “this course of conduct harms competition, leaves consumers with few choices for personal social networking, and deprives advertisers of the benefits of competition.”

What does that actually mean?

A very concrete example is in Germany, which is also currently suing Facebook. The lawsuit essentially says that according to the service/consent agreement consumers are forced to allow Facebook to combine their data from its various platforms, and if a consumer refuses this consent, they do not have access to any of the platforms – i.e., it is all or nothing. What appears to be a choice is no choice at all.

How do you think the U.S. Federal Trade Commission’s lawsuit against Facebook will play out?

If history is any guide, it will be a long, drawn-out process. And over the ensuing period, Facebook will further entrench its market position not only through the continued integration of its platforms but also through the acquisition of data – and this is the point that really needs to be stressed. Data gives the platforms their power. Even if ultimately WhatsApp or Instagram could be split off, Facebook will still have enormous data troves (as would the spinoffs).

The FTC has not announced what remedies it would seek, though a breakup could be one possibility. But I am not convinced that a breakup would meaningfully increase platform competition. I think there are other actions that would need to be taken to generate competition and consumer choice, which would ultimately benefit society more generally.

Can you elaborate on that a bit?

The real power of Facebook today comes from its treasure trove of data and its control over it. That is what needs to be addressed. Creating more competition requires the opening up of the data held by Facebook. This could be done in a couple of ways:

• Split off the data from the platform and allow other firms to access it. Some argue that the data is the intellectual property of the firm, so this can’t be done. I am not convinced. But in any event, data is non-rival: Facebook’s use of data does not preclude others’ use of it. Even if one could argue that data that results from their algorithms is proprietary, it isn’t clear at least to me that the data gathered as part of user engagement should be. Opening up data would allow smaller companies to scale and compete since lots of data is required to develop the algorithms that are the basis of the platforms. In a related point, the personal data treasure chests allow Google and Facebook to expand their market power via revenues they get through targeted advertising. There is a need to address the concentration in this market too, as the House Committee noted. And their data stores could give them large market power in other markets too – e.g., financial services provisions, if they move more determinedly there, so we need to think about the broader implications of these data hoards for competition in other sectors.

• Another option that is often discussed is data portability – i.e., allowing consumers the right to port their data to another platform. But where would a consumer port the data to? Would there be a platform that meets a desire for greater privacy for example? In today’s environment, would the option of portability necessarily lead to the rise of an alternative platform? I don’t think so. We need a focus on system interoperability, ensuring that social media platforms can talk to each other seamlessly, in ways that are transparent to the end user, in addition to data portability.

Second, even as we deal with how to regulate data, we need to be more creative in how we view consumer harm in the digital age. Clearly, the impact on prices will always be important, and prices and consumer welfare are inextricably linked. But in the digital world, this is an insufficient focus, given that what is taking place is the barter or exchange of data for digital services. People may not realize what they are actually bartering or the “implicit” price that they are paying in the barter. Some examples:

• Individuals use of a digital platform releases their private information, and there is substantial opaqueness around this release and the implications of how the personal data is used. Any notion of prices would have to take this into account – in effect quality-adjust the price.

• Moreover, an individual’s use may also reveal information about others that they interact with on the platform who have not given permission to platforms for use of their data. What is the “price” that they pay? How should this externality be compensated?

• As the FTC notes, harm could result from consumers being left with fewer choices, or as the German case points out, binary choices.

Third, greater antitrust enforcement is a necessary but not sufficient condition for more competition. We need comprehensive actions that cover many dimensions. We need standards for data portability, use, consent, system interoperability and so on. We need more effort on data and artificial intelligence governance. We need to think about the intersection of data and artificial intelligence governance with competition, privacy and with innovation. We need to experiment with different regulatory approaches. We can do this via sandboxes, as has been done in financial regulation reform to ensure that regulations achieve their intended goals and that compliance costs are minimized. And it will necessarily require a multi-stakeholder approach – input from government, the platforms, civil society, businesses and consumers.

Fourth, and related to the above point, the focus on Facebook and competition is too narrow. Antitrust actions will not likely deal with the greater societal harms that are becoming increasingly apparent with social media platforms. Would we expect a breakup of Facebook to deal with the harms that arise to democracy from the amplification of information by the underlying algorithms designed to keep users engaged? We have just seen this play out on the streets of Washington, D.C. Conversely, aggregated data can be used to drive innovation and will impact all sectors of the economy. And it can be used for social good. The question, though, is how to balance individual rights versus societal good.

Finally, we need a new concerted focus on digital technologies both nationally and globally. Tom Wheeler and Gene Kimmelman have argued for a new Digital Platform Agency in the U.S. that is antitrust based and digitally focused. But platforms like Facebook operate globally, and there are shared concerns across countries. At the same time, there are very different national values and regulatory approaches, and we need to find a way to reconcile or at least recognize them. At CIGI we have argued that a new global organization is needed for global digital governance. 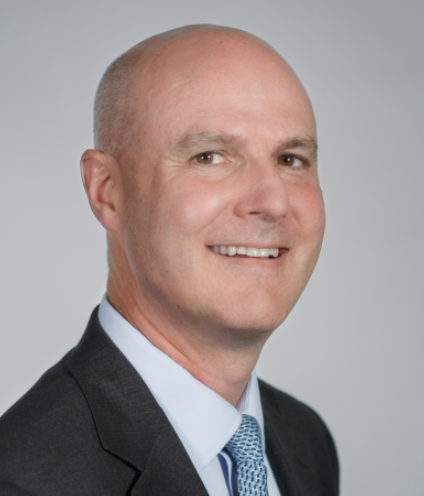