Real Estate Investing In The Middle East: Foreign Ownership Restrictions In The GCC

Managers of real estate investment funds with international investors considering investments in real property in the Gulf Cooperation Council (GCC) countries of Bahrain, Kuwait, Oman, Qatar, Saudi Arabia and the United Arab Emirates need to be aware of the property ownership regime in the region. Foreign investment in real estate within the GCC is a relatively new phenomenon, and the real estate investment industry in the region is still in its infancy. This is not surprising because, prior to the turn of the new millennium, the GCC states generally prohibited foreign ownership of real estate within their borders. However, within the last 10 years, the tide has slowly started to turn, and now all of the GCC states permit some form of foreign ownership within their respective territorial borders, albeit subject to substantial restrictions. These restrictions have a significant impact on a potential investor’s strategy, as they can materially restrict an investor’s options, flexibility, security and, very likely, the return on investment. Set forth below is a high-level overview of the foreign land ownership restrictions in the GCC states.

Certain key terms as they relate to (i) types of real property interests, (ii) nationality and (iii) geographical restrictions are set out below.

A. Types of Real Property Interests

In the GCC, there are three different types of real property interests. The most basic form is a contractual right, such as a short-term lease (a “Contractual Lease”). The second is a long-term ground lease (of up to 99 years) with no true ownership interest in the underlying land (a “Long-Term Leasehold”). The third is fee simple title or full ownership (“Freehold Title”).[1] The Contractual Lease is a weak form of real estate ownership because it typically does not survive in the event of bankruptcy, foreclosure or the establishment of a superior interest in the land. In contrast, Long-Term Leaseholds and Freehold Title are generally referred to as “in rem” rights in that they are recordable, “run with the land,” typically survive bankruptcy and foreclosure and normally prevent the establishment of superior interests in the land without the consent of the Long-Term Leasehold or Freehold Title owner.

For the purposes of this article, there are three nationality categories. The first category consists, when referring to a particular country, of such country’s nationals (“Local Nationals”). The second category consists of the citizens of the GCC states collectively (“GCC Nationals”). The third and final category consists of every other nationality, excluding GCC Nationals (“Foreigners”). For clarity purposes, each of the respective definitions of Local Nationals, GCC Nationals and Foreigners includes individuals and companies owned by them, and a company owned by Foreigners in any percentage is generally considered to be a Foreigner for purposes of the discussion below, unless a distinction is made otherwise.

For the purposes of defining foreign ownership rights, many of the GCC states divide their territories into two types of geographic zones. The first type of zone consists of specially designated areas (“Investment Zones”) inside their borders specifically earmarked for foreign investment. Significantly, certain countries further designate Investment Zones for specific uses (i.e., residential, commercial, tourism, industrial, etc.). The second type of zone generally consists of the remainder of the land within a given country outside of the Investment Zones, where Foreign ownership of real property is typically prohibited (“Restricted Zones”).

In Bahrain, GCC Nationals are permitted to own Freehold Title to real property anywhere in the kingdom. Foreigners are also permitted to own Freehold Title, but only within designated Investment Zones. Examples of these Investment Zones include, but are not limited to, the Bahrain Financial Harbor, the Bandar Al Seef Area and certain tourism developments, as well as certain residential developments in greater Manama, including the diplomatic area.

Kuwait has some of the strictest foreign ownership restrictions in the GCC. Although there is no distinction between Investment Zones and Restricted Zones, and GCC Nationals are permitted to own Freehold Title, Foreigners are not permitted to hold any interest in real estate in excess of a Contractual Lease. Additionally, any company owned by Foreigners, even if commingled with Local National or GCC National ownership, is similarly prohibited from holding Freehold Title or a Long-Term Leasehold interest in Kuwait. Notwithstanding the foregoing, the law regulating direct foreign capital investment provides Foreigners the right to “allotment of lands and real estate required for investment purposes in accordance with the laws and regulations applicable in the State of Kuwait.” Although this law doesn’t explicitly set out the type of real estate interest provided by an “allotment,” it is presumed that such allotment merely provides a guaranteed right to use the land for as long as the business is operating thereon, rather than an “in rem” ownership interest such as Long-Term Leasehold or Freehold Title.

Foreigners, whether natural or corporate persons, may acquire Freehold Title to real estate in specific Investment Zones designated by the Ministry of Tourism as Integrated Tourist Complexes (ITCs), subject to certain conditions and procedures. Foreigners may acquire property with existing improvements or undeveloped land for investment purposes in the ITCs. However, if undeveloped land is acquired, then the owner is required to construct buildings on the land within a period of four years of its acquisition, and the land may not be disposed of until the improvements are built or the four-year period expires, whichever occurs sooner. If the owner fails to develop the land within four years, the Ministry of Tourism then has the authority (if it fails to grant an extension) to dispose of the land. Additionally, Foreigners, whether natural or corporate persons, may own Long-Term Leasehold interests (of up to 50 years) in Restricted Zones if the land will be used for the development of the country, and the amount of land is proportionate to the size of its use. Further, any land granted under a Long-Term Leasehold will be subject to the conditions set out in the leasehold document (known as a “usufruct”), which typically restricts the use of the land for a fixed purpose. Finally, any grant of a Long-Term Leasehold interest for Restricted Zones is subject to the approval of the Council of Ministers.

In Qatar, GCC Nationals may own Freehold Title of up to three real property assets in specifically designated residential areas, provided that, in the aggregate, the properties do not exceed 3,000 square meters. Additionally, GCC Nationals are permitted to own Freehold Title to real property within certain Investment Zones deemed “investment areas.” Property in these investment areas can be allocated for myriad uses, including commercial, residential, industrial and tourism, among others. To date, 18 areas have been deemed investment areas.

Foreigners are permitted to hold Freehold Title interests only within three designated Investment Zones (which are separate and distinct from the investment areas). These three designated zones are the Pearl-Qatar, West Bay Lagoon and the Al Khor Resort Project. Foreigners are not permitted to hold Freehold Title within the Investment Zones generally; however, Foreigners can hold Long-Term Leaseholds (of up to 99 years) over real estate in the “investment areas.”

GCC Nationals who are individuals may own Freehold Title to up to three private residences in residential areas in Saudi Arabia but are prohibited from owning property in the two holy cities of Makkah and Madinah. Individual GCC Nationals cannot own more than 3,000 square meters in aggregate area of residential space, must use the space only for residential purposes and cannot dispose of the property until four years after it is acquired and registered in the new owner’s name. Additionally, GCC Nationals that are corporate persons may also hold Long-Term Leasehold interests in real property for business purposes, provided the real property is exclusively used for conducting the business for which it is licensed and the size of the property is proportionate to the actual business use. Also, the property may not be disposed of unless the business ceases conducting business activities. If the GCC National company is licensed to conduct real estate sales, then the sale of the property acquired by the company is permitted in the normal course of business.

Foreigners are also entitled to own real property in Saudi Arabia. However, ownership is subject to a number of significant restrictions. An individual Foreigner may own property in Saudi Arabia if he has normal legal residency status therein and has a permit from the Ministry of the Interior. However, Foreigners cannot own land or property in the holy cities of Makkah and Madinah, and there are also restrictions regarding their ability to hold Contractual Leases in these cities. Ownership of Long-Term Leasehold or Freehold Title to residential property by individual, non-resident Foreigners remains prohibited. Furthermore, significant restrictions exist for companies owned by Foreigners, and all Foreigners seeking to own real property in Saudi Arabia must obtain a license from the Saudi Arabia General Investment Authority (SAGIA). A Foreigner-owned company – defined as a company having “any” percentage of non-GCC National ownership – must have a legal presence in Saudi Arabia. This legal presence entails partnering with a local Saudi company, and a new company will need to be established to hold the land on the Foreign company’s behalf. The strict stance on Foreigner’s ownership of real property appears to be softening, albeit slowly. The Saudi government has recently announced that, for the first time, non-resident individual Foreigners and companies owned by them may be able to own property in the King Abdullah Economic City project near Jeddah, but full details have yet to be released.

In the United Arab Emirates (UAE), each emirate is free to enact its own legislation with respect to foreign ownership of land. The applicable restrictions regarding the emirates of Abu Dhabi and Dubai are discussed herein.

Finally, in the UAE an important distinction is made in respect of Long-Term Leasehold interests. Long-Term Leasehold interests are divided into two distinct types. A “musataha” is a long-term (up to 50-year) lease with a mandatory development obligation, and a “usufruct” is also a long-term (up to 99-year) lease, but development of the land is not permitted. It is permissible to contractually “staple” a musataha and usufruct interest, so that a purchaser can buy a property and develop it under the musataha and then hold it for a further period of 99 years under a usufruct.

The ever-changing political and legislative landscape in the GCC demands that investors undertake careful diligence prior to soliciting investors, managing assets, conducting business or making real estate investments in the GCC in order to ensure compliance with all local laws. New real estate regulations are being debated every day by GCC governments, as these countries struggle to keep their laws ahead of the pace of development and seek to encourage foreign investment to diversify their economies away from oil.

[1] For the avoidance of any confusion, if, in this article it states that a GCC National/Foreigner is permitted to hold Freehold Title, it should also be assumed that such person is permitted to hold lesser interests in real estate such as Long-Term Leaseholds and Contractual Leases. 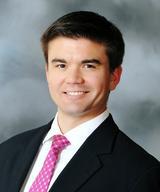 Taking Control, With a Flexible Grip

As deputy general counsel at a real estate investment and management company. Amber Murray responds creatively to legal and business issues, but as the director of her career, she plots her own path.