Mr. Friedman is a Partner in Weil, Gotshal & Manges' Litigation department and a member of the Employment Litigation Practice Group, representing employers in all aspects of labor and employment law.

Editor: Do Title VII of the Civil Rights Act and the Equal Pay Act already address the issue of pay discrimination in the workplace?

Friedman: Both statutes do, in fact, address pay discrimination. Title VII, of course, protects individuals in various protected categories with respect to many types of adverse employment actions, one of which is compensation. The Equal Pay Act ("EPA"), which has been on the books since 1963, addresses solely the issue of pay disparities based on gender. Title VII provides broader monetary remedies than the EPA, such as capped compensatory and punitive damages, while the EPA is more focused on equitable and injunctive relief, limiting its monetary remedies essentially to back pay and liquidated damages. However, and quite significantly, plaintiffs do not need to prove discriminatory intent under the EPA the way they must in a disparate treatment case under Title VII, which, of course, lessens the plaintiff's proof burden.

Editor: Will the Paycheck Fairness Act make it easier for plaintiffs' lawyers to prevail because it eliminates key employer defenses?

Friedman: If the PFA is passed in its current form, I think it's fair to say that it will be more difficult for employers to prevail in pay discrimination cases than under the current EPA. Under the EPA, an employer can satisfy its affirmative defense by, among other things, showing that the pay differential was based on " any factor other than sex." I emphasize the word any , as an employer can show that a variety of non-discriminatory factors caused the disparity such as willingness to negotiate, length of service, job history and education.

• one, is not based upon or derived from a sex-based differential in compensation;

• two, is job related with respect to the position in question; and

• three, is consistent with business necessity.

Even then, the defense does not apply if the employee can demonstrate, in response, that an alternative employment practice exists that would serve the same business purpose without producing such differential and that the employer has refused to adopt such an alternative practice.

The effect of the proposed legislation will be to create a heightened standard for employers, and it remains questionable whether an employer can any longer assert, as a defense, that the disparity in pay was caused by a failure to negotiate, unless they could show that "negotiation" was a skill that was job related, as it is in such fields as law, business and sales.

A significant impetus for the proposed PFA is studies that have shown that women tend to negotiate their compensation less than do men. For that reason, among others, the PFA authorizes the Secretary of Labor to award grants to public agencies, non-profits and other organizations for the purpose of negotiation skills training for women. In addition, the PFA would require the EEOC to train employees regarding pay discrimination and to collect employee pay information.

The PFA also significantly broadens the rights and remedies currently available to employees under the EPA. Unlike the current EPA, it allows employees to recover unlimited compensatory and punitive damages (which even under Title VII are capped). It also bolsters the anti-retaliation provisions to protect employees who share salary information.

Another important difference between the EPA and the proposed PFA is with respect to class action cases. The EPA was part of the Fair Labor Standards Act and therefore has an opt-in procedure for participating in a class action, which places the burden on the employee to affirmatively join the class resulting in smaller classes. However, if the PFA is passed in its current form, it would allow for an opt-out class , which would make the employee a presumptive member of the class - as in the standard Federal Rule of Civil Procedure 23 class - which would result in larger classes.

Editor: Does the PFA authorize the EEOC to publish the pay data of all private sector employees in America?

Friedman: The current Senate and House bills do not specifically address the scope of the EEOC's power under the PFA to disclose pay data. However, the proposed legislation does authorize the EEOC to issue regulations to provide for the collection of pay information from employers, but subject to appropriate confidentiality protections for the employer. Thus, one significant effect of the PFA would be to expand the EEOC's ability to request and subpoena pay data from employers, which would leave employers considerably more vulnerable to outside scrutiny of their pay practices.

Editor: To what extent will the PFA increase class action litigation against employers?

Friedman: There will likely be more broad-based attacks on employers' pay practices by employees under the PFA because of the heightened focus on such practices and the narrowing of the affirmative defenses. As stated previously, under the current EPA, employers can defeat such claims by establishing any factor other than sex, whereas under the PFA the "bona fide factor other than sex" must be "job-related." As mentioned a moment ago, the change from opt-in to opt-out classes, as well as the broadening of monetary damages, is also likely to have a big impact as well.

Editor: What about e-discovery. Is that going to be a nightmare for corporations?

Friedman: The PFA may well impose greater burdens on employers regarding electronically stored information ("ESI"), particularly if such claims are brought in conjunction with the Lilly Ledbetter Act, which effectively eliminates (and, at a minimum, lengthens) the statute of limitations with respect to discrimination claims concerning compensation.

Since it is often generally more difficult to identify when an adverse action occurred with respect to pay than it is, for example, with respect to hiring, promotion or termination, an employee litigating such a claim may be entitled to reach further back in time to discover when and how the alleged discriminatory pay practice occurred, which would inevitably lead to broader discovery. Moreover, pay data itself generally has more tentacles to it than data concerning hires or terminations. Bottom line: Employers will have to fight harder to avoid sweeping discovery in PFA cases.

Friedman: I have not seen a definition of "pay" in the proposed legislation; however, the PFA is based largely on the Fair Labor Standards Act, which does not include benefits as part of the definition of "wages." Since one of the overriding objectives of the PFA is to promote stable families by enabling all family members to earn a "fair rate of pay," I believe that the PFA is limited to just compensation, and does not include benefits.

Friedman: Although that has been the hue and cry among many in the business community, I don't believe that such will be the case. However, I do think that there will be significantly heightened awareness and internal scrutiny of compensation policies and practices. Employers should, and will, enhance their internal documentation of compensation decisions so that they can later explain and/or defend their non-discriminatory pay decisions, whether it relates to hires, promotion, bonuses, annual salary reviews or other incentive compensation. The days of "black box," or entirely subjective compensation decisions by employers, are dwindling and the PFA may hasten their demise. Employers will also need to invest considerable time in educating their managers about "best compensation practices" in order to protect themselves against such claims.

Editor: Will the PFA apply to small businesses?

Friedman: Small businesses are exempt from the PFA to the same extent that they are under the FLSA. Thus, the FLSA exempts "enterprises" with less than $500,000 in annual dollar volume of business that do not have employees engaged in interstate commerce or in the production of goods for commerce, or do not have employees handling or selling goods or materials that have been moved through interstate commerce.

Editor: What is the biggest change that the PFA could cause?

Friedman: The real sea change will be with regard to proof burdens, and it's going to be incumbent on employers to engage in a probing self-critical analysis of their compensation practices and focus on how they document their compensation decisions. Employers may need to retain compensation and statistical experts to assist in this self-scrutiny and will have to develop sophisticated educational and training programs for their managers and human resources staff. There will, of course, be some legitimate concerns among employers about the potentially non-privileged nature of such internal analyses, which will have to be balanced against the salubrious effects of such a candid internal review. But I think that you're going to find that more employers will be willing to take a hard look at themselves in the mirror for the benefit of their workforces and to protect themselves against such claims. 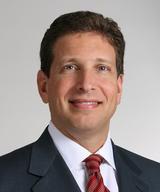