Premium Processing And Other Recent Developments In Employment-Based Immigration

As of September 25, 2006, EB-1 outstanding researcher or professor petitions can be Premium Processed, but not EB-1 petitions for those with extraordinary ability in the arts, sciences, business, athletics, or education, and not, curiously, for multinational managers or executives. Those in the EB-2 classification who are eligible include advanced degree professionals and certain foreign nationals with exceptional ability, but not those who qualify for an immigrant visa because their work will be in the national interest. Everyone, however, who seeks to immigrate in the EB-3 classification is eligible for premium processing: foreign nationals whose positions require the attainment of a bachelor's degree; those whose jobs require at least two years of education, training, or experience; and unskilled workers.

Should You File Cases With The Premium Processing Unit?

We think that the $1,000 fee that you pay for premium processing is well worth the expense. Not only do you get a very fast turnaround in adjudications, you also get more access to case information. The premium processing units send receipts and approvals by email, and have dedicated phone lines making it easy to call them and discuss any questions about cases. In addition, certain benefits can accrue once an I-140 petition is approved. For example, in certain cases, it is possible to get extensions of H-1B status beyond the normal six-year limitation and in three-year increments once the I-140 petition is approved. And, there isn't even the "normal" requirement that you file a labor certification application or immigrant visa petition at least 365 days before the foreign national reaches the end of year six of H-1B status. So, at least in some cases, the faster the approval arrives, the better it is, and the more benefits that might accrue.

In a May 2006 liaison meeting between the Social Security Administration (SSA) and members of the American Immigration Lawyers Association, the SSA said that foreign nationals should wait at least ten days from becoming "employment-eligible" before applying for Social Security numbers ("SSN").

A person can become employment-eligible in any number of ways, including entering the United States under an approved nonimmigrant petition such as an H-1B or an L-1A; changing status while remaining in the country from a non-work authorized status such as B-2 to an employment authorized status, such as H-1B; or receiving an Employment Authorization Card.

The SSA and the USCIS also agreed that the spouses of E visa and L visa holders may apply for the SSN without first obtaining an Employment Authorization Card. This is because the spouses of E and L visa holders are authorized to work by operation of law, and need not demonstrate work authorization to apply for the SSN. They must, however, show their passports and evidence of E-1, E-2, or L-2 status, i.e., their E-1, E-2, or L-2 visa and their I-94s showing they have been admitted to the United States in one of those statuses.

In an April 21, 2006 Client Alert, we warned that the Bureau of Immigration and Customs Enforcement ("ICE") was pushing for tougher enforcement of employer sanctions laws. In June, ICE took another step in that direction, publishing a proposed rule on what employers must do if they receive a "mismatch" letter from SSA. (SSA sends out written notices to employers when the name and SSN submitted to SSA for an employee does not match the agency's records. Those notices are referred to as "mismatch" or "no-match" letters.)

Because this rule is only proposed, we will not provide all of the details. But, since the proposal is at least a good indicator of which way the agency is going, we thought we'd point out some of the salient provisions:

Under the current regulations, an employer can be found to be in violation of the employer sanctions laws not only if it has "actual" knowledge that an employee is unauthorized to be employed by that employer, but even if it has "constructive knowledge" of that fact. The proposed rule would broaden the definition of "constructive knowledge" to include a failure to take "reasonable steps" after receiving information that the employee "may be" unauthorized to work. The mismatch letter is the kind of information the rule contemplates.

14-Day Safe Harbor Rule: If an employer receives a mismatch letter and takes the steps prescribed in the proposed rule, it will not be deemed to have constructive knowledge that the employee is unauthorized to work. Those steps include:

The employer must first check to make sure it has not made a clerical error in its own records, or in its communications with SSA. If there is such an error, the employer must correct its records, inform the SSA of the error, and then verify with SSA that the corrected information matches the agency's records. An employer would have 14 days from receipt of the mismatch letter to do all this.

60-Day Safe Harbor Rule: If the discrepancy is still not resolved within 60 days of receipt of the mismatch letter, then the employer and employee have three more days to complete a new form I-9, as if the employee were newly hired. But in this case, no document containing the SSN listed in the mismatch letter may be used to establish employment authorization or identity, and no document without a photograph may be used to establish identity. If the employee can provide adequate documentation, then the employer has reached a "safe harbor."

But, if the I-9 cannot be properly completed because the documents offered by the employee do not comply with the regulations, then the employer has two choices: Either it must terminate the employee, or, if it chooses not to, face the risk that the government will find that it had constructive knowledge that the employee is an unauthorized worker. That, of course, would be a violation of the employer sanctions provisions, subjecting the employer to penalties.

Again, these are only proposed regulations, and are likely to go through many changes before a final rule is issued. One thing is clear: Any new rule will be tougher than what's currently on the books.

The Intelligence Reform and Terrorism Prevention Act of 2004 requires that by January 1, 2008, travelers to and from the Caribbean, Bermuda, Panama, Mexico, and Canada, including U.S. citizens, have a passport or other secure, accepted document to enter or re-enter the United States. In order to facilitate the implementation of this requirement, the Administration is proposing to complete it in phases following a proposed timeline:

January 8, 2007 - Requirement applied to all air and sea travel to or from Canada, Mexico, Central and South America, the Caribbean, and Bermuda.

January 1, 2008 - Requirement extended to all land border crossings as well as air and sea travel.

This is a change from prior travel requirements and will affect all U.S. citizens entering the United States from countries within the Western Hemisphere who do not currently possess valid passports. This new requirement will also affect certain foreign nationals who currently are not required to present a passport to travel to the United States. Most Canadian citizens, citizens of the British Overseas Territory of Bermuda, and to a lesser degree, Mexican citizens will be affected by the implementation of this requirement.

The passport is the document of choice right now because of security features and general availability. Individuals traveling within the Western Hemisphere are encouraged by the Department of Homeland Security to obtain a passport.

As of October 26, 2006, new rules will go into effect for passports issued by countries participating in the Visa Waiver Program (VWP). As you may know, 27 countries participate in the VWP, and nationals of those countries may visit the United States for business or pleasure for up to 90 days without a B-1 or B-2 visa.

Any passport issued by a VWP country on or after October 26, 2006, must be an e-passport, that is, a passport which includes an integrated computer chip capable of storing biographic information about the holder. It must also contain a digital photograph of the bearer. A digital photograph is one that is printed on the page, not a photo that is glued or laminated onto the passport.

If a passport issued earlier than October 26, 2006 does not have those features, it can still be used for VWP purposes if:

it was issued before October 26, 2005, and includes a machine-readable zone (two lines of text as letters, numbers, and chevrons (<<<<<<<<) at the bottom of the personal information page); or

If a foreign national from a VWP country does not have a passport that complies with these requirements, he can continue to use the passport, but he must apply for a B-1 or B-2 visa to enter the United States. He can no longer enter without a visa.

A guide to the passport requirements may be found at the Department of Homeland Security's website at www.dhs.gov/interweb/assetlibrary/vwp_travelerguide.pdf. 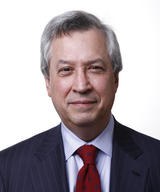