A new and transformed oil and gas industry is emerging in Mexico. The country continues to implement structural changes designed to promote the country’s economic growth and stability through a series of legal reforms. Mexico’s Congress has approved President Enrique Peña Nieto’s proposed labor, antitrust, tax, education, electoral process and telecommunications reforms. The landmark of Mexico’s reform package, however, is the sweeping reforms to Mexico’s oil and gas and electricity sectors that were first put into motion through the Mexican Energy Reform law.

On April 30, 2014, President Peña Nieto submitted to the Mexican Congress a package of legislation designed to implement the historic constitutional energy reform that he had signed the previous December. Styled the “secondary laws,” the legislation consists of nine new laws and amendments to 12 existing laws. After review and discussion, Congress approved the secondary laws, which were then published into law on August 11, 2014, with most entering into force on August 12.

The Mexican Energy Reform Law and the secondary laws define a new legal framework for oil and gas in Mexico that represents two major changes for the industry: (i) a complete transformation of Pemex, which prior to the reforms had enjoyed monopoly status in the sector, and which will now have more of a commercial profile; and (ii) the opening of the upstream, midstream and downstream sectors to private participation.

The energy reform legislation confirms that all hydrocarbons found beneath the surface will continue to be owned by the Mexican state and will be managed by the National Hydrocarbons Commission (“CNH”), and all reserves that had previously been owned by Pemex have now been transferred to the CNH. The CNH will have the authority to grant licenses (asignaciones) to Pemex for the development of oil and gas resources, with an emphasis on exploration and production. The CNH may also authorize Pemex to enter into service contracts, profit-sharing contracts or production-sharing contracts with private entities. Finally, the CNH will also manage the development of geophysical and geological information in Mexico and will grant operating licenses.

Although the CNH will be responsible for administering Mexico’s oil and gas resources, the energy reform legislation granted to Pemex a preferential right to request licenses to develop onshore and offshore blocks, provided that Pemex is able to show technical and financial feasibility to explore for and produce hydrocarbons from those blocks. As discussed below, this process (which was designated “Round Zero”) concluded on August 13, 2014, when the CNH announced which blocks had been assigned to Pemex. One sign of the Mexican government’s commitment to a quick opening of the oil and gas sector is that the announcement was made in mid-August, even though the official deadline for the CNH’s determination was not until September 17, 2014.

To maximize efficiency and the likelihood of success, Pemex has several options to develop the blocks that it has been assigned: (i) independently, and without the involvement of any other entity other than subcontractors; (ii) pursuant to a production-sharing contract or a profit-sharing contract with a third party; or (iii) pursuant to a partnership or joint venture.

On March 21, 2014, Pemex presented to the Mexican Ministry of Energy a list of the exploration areas and producing fields that Pemex would like to continue operating and developing. Pemex sought to retain all the areas where Pemex currently has production, together with all areas where commercial discoveries have already been made. The list submitted by Pemex totaled 83 percent of Pemex’s proven reserves and 31 percent of Pemex’s unproven reserves.

On August 13, 2014, the Ministry of Energy, with technical assistance from the CNH, published a list of the exploration areas and producing fields that will continue to be explored and developed by Pemex. The list consisted of the following:

As a result of the August 13 announcement, Pemex will hold rights to 83 percent of Mexico’s proven reserves and 21 percent of Mexico’s unproven reserves, ranking Pemex among the world’s top 10 oil companies in terms of reserves. In addition, Pemex will also have the right to participate in upcoming bid rounds for future blocks, alongside competitors from the private sector.

Now that Round Zero has concluded, Pemex has announced that it is considering the formation of 10 partnerships to develop blocks or groups of blocks that, due to their technical complexity and intense capital requirements, require the participation of private operators. These blocks have been grouped into the following categories: (i) mature onshore and offshore blocks, (ii) offshore heavy oil blocks, (iii) giant deepwater reserves, and (iv) recent discoveries. These partners will be selected through a public bidding process managed by the CNH (pursuant to technical guidelines established by the Ministry of Energy) in what has become known as “Round 0.5.”

In those cases where Pemex wishes to partner with third parties, the license that Pemex received from the CNH will be converted into a contract between Pemex (or a special purpose company established by Pemex), the third-party partner and the CNH. If the CNH and the Ministry of Energy approve the conversion, the Mexican Ministry for Finance and Public Credit (“SHCP”) will establish the fiscal terms (including royalties) that will apply to the contract. Although Pemex will have some input into the technical, financial and experience requirements that will apply to its partner, the public bidding process itself will be conducted by the CNH.

Also on August 13, 2014, the Ministry of Energy published a list of the fields and exploration areas to be auctioned through a public bidding process that will be open to private participation. Designated “Round One,” the sale will offer 169 blocks for auction, of which 109 will be exploration projects and 60 will be development projects. The total surface area of the Round One blocks will be 28,500 km2, with approximately 91 percent corresponding to exploration projects and 9 percent corresponding to development projects.

Generally, Round One will include a mixture of pure exploration plays, areas that are already producing, areas with conventional resources, and areas with unconventional resources. It will also include a combination of onshore, shallow offshore, and deepwater offshore fields, including the Chicontepec fields and several heavy oil fields. The first contracts are expected to be awarded by the second half of July, 2015, and the Ministry of Energy hopes to award all Round One contracts by the end of October, 2015.

On December 11, 2014, the CNH announced the first call for bids to participate in the first auction pursuant to Round One: fourteen shallow water blocks, consisting of 4,222 km2, located off the states of Tabasco, Veracruz and Campeche. Interested domestic and international parties (including Pemex) may submit bids for multiple blocks, and each successful bidder will enter into a production-sharing contract for its block. The CNH expects to award the blocks for this first auction by no later than July 17, 2015, with the corresponding contracts being signed by no later than August 21, 2015.

Parties that wish to participate in Round One will be allowed to bid individually or jointly, in partnership with one or more other bidders. For consortiums of multiple bidders, however, the bid guidelines limit the participation of only one “large oil company” (defined as having total production of 1,600,000 barrels per day or more) per group. In addition, the bid guidelines require that the operator proposed for each consortium have a larger percentage of participation than any other member.

The fiscal terms of the model production-sharing contract provide for the payment of a 30 percent income tax and a “surface use” fee of approximately US$ 78 per km2 that is actually explored during the first 60 months of the exploration phase, plus a fee of approximately US$ 405 for each km2 from which hydrocarbons are actually produced during the production phase. The production-sharing contract will also include a basic royalty and an economic variable, which will be proposed in each bid, to be payable in the form of production. The contract also includes standard cost recovery clauses and price adjustment mechanisms.

The passage of the reform package, followed by the Mexican government’s immediate attention to Round Zero, Round 0.5 and Round One, represents a transformative change for Mexico, and a new oil and gas industry is beginning to emerge. It is hoped that flexibility and competition fostered by the new era of oil and gas in Mexico will stimulate the Mexican economy, provide additional and sustainable revenues to the Mexican government, and encourage social stability. 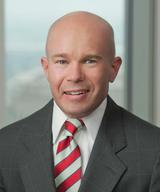