No Free Pass Under Trump: Individuals who think they can do what they want without having to worry about FCPA enforcement should think again

U.S. Department of Justice officials have gone out of their way recently to emphasize that enforcement of the Foreign Corrupt Practices Act is alive and well under the new administration. Perhaps in response to concerns that President Donald Trump is reportedly no fan of the FCPA, both Acting Assistant Attorney General Kenneth Blanco and Acting Principal Deputy Assistant Attorney General Trevor McFadden said in recent public remarks that the DOJ continues to vigorously investigate and enforce FCPA violations. Worth noting in McFadden’s comments is that the prosecution of individuals remains a DOJ priority.

In a speech at the 19th Annual Conference on the FCPA in April, McFadden indicated that Attorney General Jeff Sessions has stressed the importance of individual accountability for corporate misconduct. Consequently, the DOJ’s fraud unit continues to prioritize prosecutions of individuals who have willfully violated the FCPA, he said.

McFadden also noted that in 2016, 17 individuals were charged with or pleaded guilty to FCPA violations. Looking back 10 years, prosecutors in the DOJ’s FCPA unit have convicted more than 100 individuals for FCPA violations or related criminal offenses, he added.

Wally Dietz, co-chair of the FCPA practice group at Bass, Berry & Sims, pointed out that the recent rise in individual prosecutions can be traced back to the September 2015 release of the Yates memo. “There is some debate about whether the Yates memo actually was a change in DOJ policy or simply an announcement of what the policy had been over the past several years,” Dietz said in an interview with Wolters Kluwer. “The one thing about the Yates memo that may have made a difference is the requirement that individual prosecutions be considered as a part of any resolution.”

In a report on 2016 FCPA enforcement trends, which tracked actions at both the DOJ and the Securities and Exchange Commission, Dietz and a colleague counted 27 individual prosecutions in 2016, including 10 guilty pleas and 15 settlements. That compares to just four criminal guilty pleas and two individual settlements in 2015, according to the report.

Dietz indicated that FCPA attorneys are watching this area closely. “There is a debate in the FCPA bar about how strongly the DOJ can prosecute individuals and make the case stick beyond a reasonable doubt,” he said. There have been problems with individual prosecutions in the past, he noted, so not many individual cases go to trial.

At the moment, there are more cases with the potential to go to trial, and FCPA attorneys are eager to see if the government can prove its case, Dietz said. “The problem for individuals and companies is that the threat of prosecution is so significant and so severe that most will try to resolve the issue by an agreed-upon settlement,” he added.

While the rising number of prosecutions and record fines might be alarming to some industry participants, McFadden assured attendees at the recent conference that the DOJ is not chasing every possible infraction. “The Fraud Section and the FCPA unit’s aims are not to prosecute every company we can, or to break our own records for the largest fines or longest prison sentences. Our aim is to motivate companies and individuals voluntarily to comply with the law,” he said.

One critical way that the DOJ has tried to improve voluntary compliance is through its self-disclosure pilot program, which was started in April 2016. Under the recently extended program, companies that voluntarily self-disclose FCPA misconduct, fully cooperate and engage in appropriate remediation may be eligible for a declination or a reduction in penalties and fines. Partly thanks to the pilot program, the number of times that the DOJ declined to prosecute rose from five in 2015 to 12 in 2016.

Dietz cautioned that cooperation still does not guarantee credit, but he believes that the DOJ is demonstrating through the rise in declinations that it is possible to self-report and have no prosecution at all.

“The DOJ is also trying to show very clearly in some of these resolutions that if you do cooperate, if you do self-disclose, you will get the discounts,” he added. 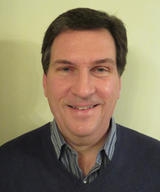