Part I of this article relating to Expansion of Disclosure Requirements Related To Governance appeared in the February issue of The Metropolitan Corporate Counsel.

On December 16 the U.S. Securities and Exchange Commission approved a measure that expands required disclosures in the areas of executive compensation and corporate governance, which became effective on February 28, 2010. A copy of the SEC's adopting release is available at http://www.sec.gov/rules/ final/2009/33-9089.pdf.

Therefore, proxy and information statements and Form 10-Ks and 8Ks, among others, filed on or after this date would need to comply. Because interpretive issues often arise following the release of new rules, we recommend that companies monitor SEC staff guidance during the following months.

The rule amendments focus on enhancing disclosure in the following areas:

• Other Directorships and Legal Proceedings

• Diversity Consideration in the Nomination Process

• Board Role in Risk Oversight

• Compensation Policies and Practices as Related to Risk Management

Compensation Policies and Practices as Related to Risk Management.

As amended, Item 402 of Regulation S-K will require narrative disclosure about the company's compensation policies or practices for all employees generally, not just executive officers, if the compensation policies and practices create risks that are reasonably likely to have a material adverse effect on the company. In the adopting release, the SEC explained that companies are familiar with this disclosure threshold used in the Managements' Discussion and Analysis (Item 303 of Regulation S-K), and that this approach should parallel the MD&A requirement, which requires risk-oriented disclosure of known trends and uncertainties that are material to the business. The adopted threshold is intended to elicit disclosure about compensation policies and practices that are most relevant to investors and generally assist investors in determining whether a company has established a system of incentives that can lead to excessive or inappropriate risk taking by employees. The SEC further noted that, in assessing whether disclosure is required, companies can take into account controls and other elements that may mitigate the probability or potential impact of compensation policies that might otherwise create risk.

In response to comments that it would be potentially confusing to expand the Compensation Discussion & Analysis section of proxy statements to cover matters not involving named executive officers, the new disclosure requirement will not be a part of the CD&A.

The adopting release provides a non-exhaustive list of situations that potentially could trigger discussion, as well as examples of issues that a company may need to address regarding its compensation policies and practices if the company determines that disclosure is required.

Note that the final rule does not require a company to make an affirmative statement that it has determined that the risks arising from its compensation policies and practices are not reasonably likely to have a material adverse effect on the company as originally proposed.

• Actions to Take: These rules require additional disclosure analyzing the relationship between compensation policies and practices and company risk and will require a detailed risk assessment. We expect that a number of companies, unaccustomed to evaluating compensation from a risk management perspective, may need to seek advice from outside experts to address these matters critically.

A new instruction to the Summary Compensation Table, the Grants of Plan-Based Awards Table and the Director Compensation Table clarifies that for awards subject to performance conditions, the amount to be included in the table is the value at the grant date based on the probable outcome with respect to satisfaction of the performance condition, consistent with the recognition criteria in FASB ASC Topic 718 (excluding the effect of estimated forfeiture), not the maximum potential value of the award. The maximum potential value would be disclosed in a footnote to the Summary Compensation and Director Compensation tables.

This change is intended to simplify the determination of the amounts to include in the tables and better reflect the compensation committee's decisions with regard to these awards.

The stock and option awards columns will only include amounts for awards with grant dates, as determined for financial accounting purposes, occurring during the year (the SEC rejected comments suggesting that disclosure be made of awards granted for services in the relevant fiscal year, even if granted after fiscal year end would be more informative). The adopting release included a reminder from the SEC that companies should continue to analyze in the CD&A their decisions to grant post-fiscal year-end equity awards where those decisions could affect a fair understanding of named executive officer (NEO) compensation for the fiscal year per Instruction 2 to Item 402(b), and consider including supplemental tabular disclosure where it facilitates understanding the CD&A.

To facilitate year-to-year comparisons, companies providing Item 402 disclosure for a fiscal year ending on or after December 20, 2009, are required to present recomputed disclosure for each preceding fiscal year required to be included in the table, so that the stock awards and option awards columns present the applicable full grant date fair values, and the total compensation column is correspondingly recomputed. The stock and option awards columns amount should be recomputed based on the individual award grant date fair values reported in the applicable year's Grants of Plan-Based Awards Table, except that awards with performance conditions should be recomputed to report grant date fair value based on the probable outcome as of the grant date, consistent with FASB ASC Topic 718. In addition, the SEC explained in the adopting release that if a person who would be a named executive officer for the most recent fiscal year (2009) also was disclosed as a named executive officer for 2007, but not for 2008, the named executive officer's compensation for each of those fiscal years must be reported. However, companies are not required to include different named executive officers for any preceding fiscal year based on the recomputed total compensation for those years.

• Actions to Take : The SEC's changes may impact which executive officers are identified as the named executive officers for proxy disclosure purposes and may cause the list of NEOs to change more frequently from year to year. Companies need to assess the effect of grant date fair value reporting of equity awards on the determination of the list of NEOs. To avoid surprises, companies should consider creating, sooner rather than later, a pro forma summary compensation table that reflects the new method of valuing equity awards.

New disclosures under Item 407(e) of Regulation S-K are required about fees paid to and services provided by compensation consultants and their affiliates if such consultants provide consulting services related to director or executive compensation and also provide other services to the company.

If either the board or compensation committee has engaged its own consultant to provide advice or recommendations on the amount or form of executive or director compensation and this consultant or its affiliate provided other services to the company in an amount in excess of $120,000 during the company's last fiscal year, the company is required to disclose:

• The aggregate fees paid for advising on the amount or form of executive and director compensation and the amount paid for all additional services;

• Whether the decision to engage the consultant or its affiliates for such additional services to the company was made by or recommended by management; and

• Whether the board or compensation committee approved the other services provided to the company. 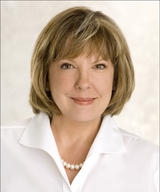