On September 8, 2008, the U.S. Treasury's Office of Foreign Assets Control (OFAC) issued new Economic Sanctions Enforcement Guidelines ("Guidelines") as an interim final rule establishing the new framework by which the agency will assess penalties under last year's statutory increase in the maximum penalty for most trade embargo and economic sanctions programs (73 Fed. Reg. 51933). The new Guidelines take effect immediately, but OFAC is soliciting comments on the interim final rule until November 7, 2008.

As expected, the Guidelines provide for the application of the enhanced $250,000 statutory penalty enacted under the International Emergency Economic Powers Enhancement Act last year, but indicate that OFAC intends to limit its use of the maximum statutory amount as a basis for penalties for what it determines are "egregious" cases. The new statutory penalties have already substantially altered the legal landscape for sanctions and export control compliance, and OFAC's Guidelines warrant careful consideration because they will impact how the agency treats companies who discover potential violations of the sanctions laws. Several aspects of the Guidelines are noteworthy, including the following:

Assessment Of Base Penalty

Under the Guidelines, the two most significant factors affecting the penalty assessment are whether the case is "egregious" or "non-egregious" and whether the person submitted a voluntary self-disclosure.

•
Egregious v. Non-Egregious Cases. OFAC establishes a two-track approach to penalty assessment: one for "egregious" and one for "non-egregious" cases. The penalty amount in egregious cases will be based on the enhanced statutory maximum ($250,000, or more if the transaction value is greater), while the penalty in non-egregious cases will be based on the transaction value. OFAC will determine whether a case is "egregious" based on an analysis of several "General Factors" set forth in the Guidelines. Four of these factors will be given substantial weight in making this determination: (1) willful or reckless violation of law; (2) awareness of the conduct at issue (including reason to know); (3) harm to sanctions program objectives; and (4) individual characteristics of the entity involved. Particular emphasis will be placed on the first two factors.

Adjustment Of Base Penalty

As mentioned above, the Guidelines set out several "General Factors" which OFAC will consider when evaluating the facts of a case, including the questions of whether or not enforcement action is required, and whether or not a penalty is appropriate. In doing so, OFAC has moved away from the nomenclature of "mitigating" and "aggravating" factors, but its consideration of the "General Factors" may serve to influence its determination in a positive or negative manner and will still result in upward or downward adjustments in its base penalty determination described above.

OFAC has identified eleven General Factors that it will examine:

•
Willful or Reckless Violation of Law. With regard to this Factor, OFAC will evaluate whether willful misconduct or a deliberate intent to violate the law existed. Willful actions are taken with the knowledge that such action would cause a violation. Reckless actions may be indicated by reckless disregard of the sanctions or a failure to exercise a minimal degree of caution in avoiding conduct that could lead to violations. OFAC will also take into account whether there were efforts to conceal these actions; there was a pattern of misconduct or this was an isolated incident; there was notice or reasonable indication that the conduct constituted a violation; and there was supervisory or management involvement.

•
Awareness of Conduct at Issue. For this Factor, OFAC will consider whether there was actual knowledge or a reason to know about the conduct leading to the apparent violation. In addition, OFAC will try to determine the degree of management knowledge and involvement.

•
Harm to Sanctions Program Objectives. OFAC will evaluate the actual or potential harm caused by the apparent violation. To determine the level of harm, OFAC will take into account the economic or other benefit to the sanctioned country or entity; the implications for U.S. policy; whether the action was eligible to be licensed by OFAC and the likelihood of licensing; and whether the action supported humanitarian efforts.

•
Individual Characteristics. This Factor takes into account the particular circumstances and characteristics of the individual or entity. These characteristics include the level of commercial sophistication, the size of operations and financial condition, the volume of transactions, and the history of sanctions violations.

•
Compliance Program. OFAC will examine the nature and existence of the entity's OFAC compliance program at the time of the violation.

•
Remedial Response. For this Factor, OFAC will evaluate the steps taken by the entity upon discovering the apparent violation; the actions taken to resolve the issues that led to the violation; whether the entity adopted new and more effective internal controls; and whether the entity instituted a thorough review to identify all potential violations.

•
Cooperation with OFAC. OFAC will examine the nature and extent of the entity's cooperation, including whether a VSD was submitted; what sort of information was provided; whether the entity cooperated with and responded to OFAC's requests; and whether the entity agreed to a statute of limitations waiver or tolling agreement.

•
Timing of Apparent Violation in Relation to Imposition of Sanctions. OFAC will evaluate when the potential violation occurred in relation to when the relevant sanctions were imposed or when amendments were adopted.

•
Other Enforcement Action. This Factor examines whether the entity is subject to other enforcement actions for the apparent violation or similar violations.

•
Future Compliance/Deterrence Effect. OFAC will take into account the impact of administrative action on promoting compliance by others, including those in the same industry.

•
Other Relevant Factors on a Case-by-case Basis .

Beyond these eleven factors, OFAC has indicated that specific penalty reductions will be given in two sets of circumstances. First, a reduction between 25 and 40 percent will be granted in cases with "substantial cooperation" where a VSD was not submitted. Second, a significant reduction of 25 percent from the base penalty is available for first-time offenders.

Findings Of Violation And Cautionary Letters

The Guidelines also indicate that, in some cases (presumably not "egregious" ones), OFAC may issue "Findings of Violation" in lieu of civil penalties. A "Findings" letter represents OFAC's final determination that a violation has occurred and that it is important to document its occurrence, but that a civil monetary penalty is not the most appropriate response. The Guidelines also confirm that OFAC may, as in the past, issue cautionary letters when it determines that there is insufficient evidence to conclude that a violation has occurred, but is concerned that the underlying conduct might lead to a violation in other circumstances. In more serious cases, OFAC will continue to impose civil monetary penalties, take other administrative actions, and make criminal referrals.

When OFAC determines that a civil monetary penalty is appropriate, it will issue a Pre-Penalty Notice which, under the Guidelines, will set forth the actual monetary penalty that OFAC proposes, rather than the maximum penalty possible under the agency's prior practice. Persons receiving such a notice may respond with arguments and evidence concerning the proposed penalty. As in the past, the Guidelines provide for the settlement of cases prior to the issuance of the Pre-Penalty Notice.

These Guidelines may have implications for encouraging compliance programs and self-disclosure.

•
Voluntary Self-Disclosures. The Guidelines reflect OFAC's continued desire to provide a strong incentive to self-disclose potential violations of the sanctions laws, notwithstanding the more than five-fold increase in penalties last fall. A company that discovers and discloses an apparent violation can generally still obtain at least a 50 percent deduction from the penalty it would otherwise receive if the agency independently discovered the matter. While OFAC has indicated that the majority of cases will fall into the non-egregious category, a company still faces a great degree of uncertainty concerning its potential exposure because of the multifactored and relatively subjective threshold determination of whether OFAC will view the case as "egregious" or not. As this suggests, the current formulation of the interim rule could fall short of OFAC's stated goal of promoting self-disclosure. Companies with an interest in this area should review the Guidelines carefully and consider submitting comments on the current formulation before the comment period expires. 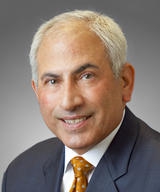 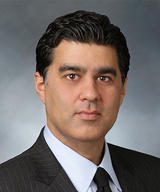