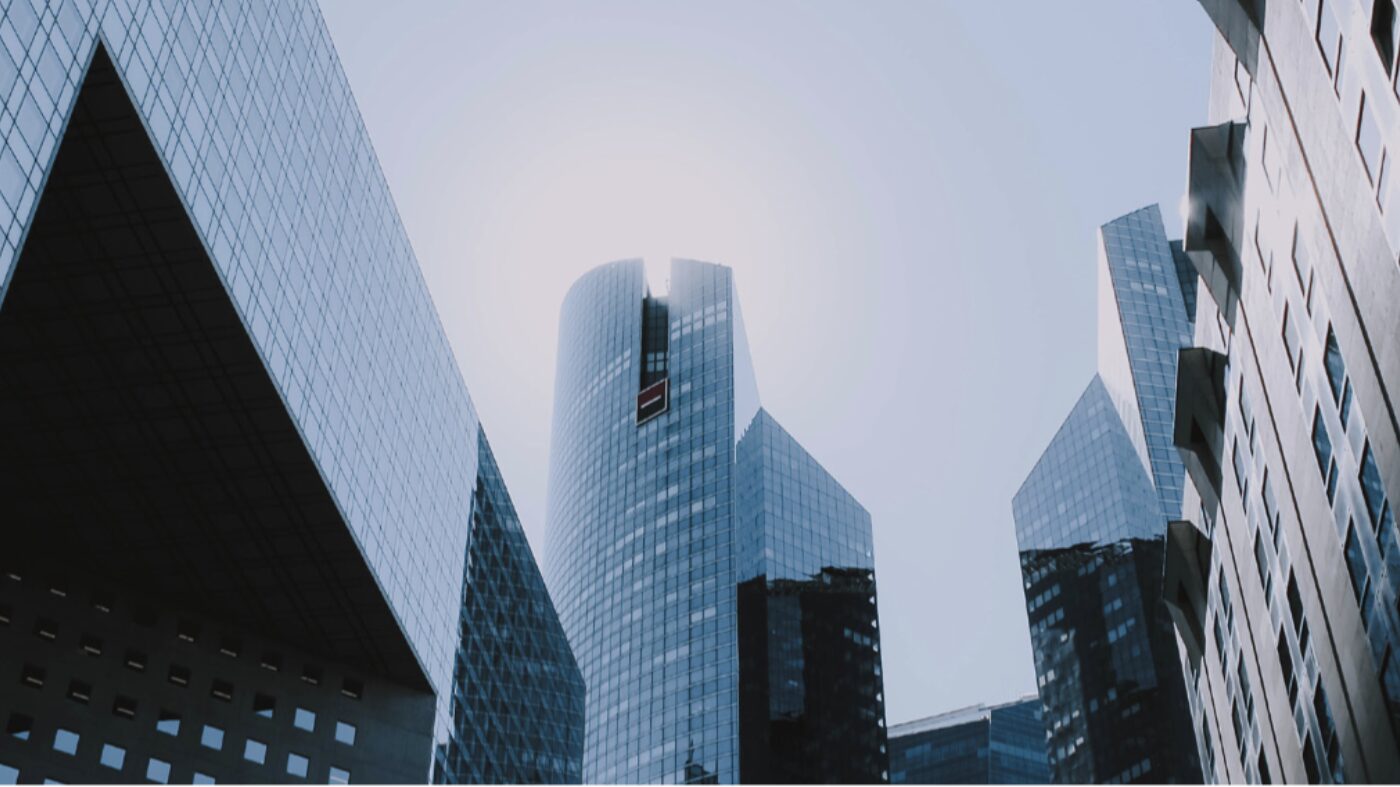 Parvin Moyne and Claudius Modesti, partners with Akin Gump Strauss Hauer & Feld, share their thoughts on the white collar space under new administration, recent increased activity in cases, and the industries they believe will be the subject of regulatory focus.

What trends in the white collar space are we experiencing at this time? What is surprising you and what has been expected?

Parvin Moyne: With the new administration, 2021 has seen new leadership at the DOJ and many financial regulators, including the SEC, and a shift in enforcement priorities. We are already seeing a significant uptick in investigations and prosecutions of individuals and companies for a wide-range of financial crimes, including fraud, corruption and AML offenses. Not surprisingly, given the surge of government spending to address the economic consequences of the pandemic, the DOJ has been particularly focused on fraud related to COVID-19 relief programs. However, we are also seeing a focus on fraud and corruption more broadly. One interesting development we are seeing is a focus on the accuracy of company disclosures beyond traditional financial metrics, such as disclosures related to environmental impact, governance and board diversity.

Claudius Modesti: To Parvin’s point, the SEC issued a number of directives that indicate more regulatory oversight in areas including climate and environmental, social and governance (ESG) disclosure and investment management, and special purpose acquisition companies (SPACs). As a follow through to the directive on SPACs, SEC enforcement brought a significant action related to a proposed merger between a SPAC, Stable Road Acquisition Company and a privately held target company, Momentus. The SEC alleged that disclosures in the SPAC’s registration statement and other public statements were misleading as they misstated key testing results relating to the target’s technology and omitted disclosures as to certain national security risks related to the target’s CEO.

We are also seeing regulators pursue new and expansive theories of liability. For example, the SEC recently brought an enforcement action against a biopharmaceutical executive under a new theory of insider trading called “shadow trading.” Shadow trading is a form of insider trading that involves the use of confidential information gained as an insider from one company to purchase stock of another company in the same industry. If the SEC has success with this litigation and theory of insider trading liability, we expect to see similar cases in the future.

Why is the docket particularly active right now?

Moyne: For one thing, as noted, with the new administration there is a new focus and energy being directed at white collar cases. The DOJ and the SEC have said they plan to aggressively pursue actions against individuals and corporations and we are seeing that happen. It is also the case that periods of financial volatility, which may provide incentives or opportunity for misconduct, tend to be followed by an increase in white collar investigations. Lastly, the government has become better equipped to manage the disruptions caused by the pandemic, and we are seeing prosecutors and regulators handling a backlog of cases that had been stalled or delayed due to pandemic-related shutdowns.

Modesti: The changing of the guard at DOJ and the SEC has already gained traction in terms of renewed enforcement activity. Each agency likely will receive increased resources over the next several years, which will expand their capacity to investigate and prosecute additional matters. Main Justice has seen its leadership confirmed in many instances and new U.S. Attorneys are in the cue to be confirmed, all of which will have white collar prosecution as an important element of their enforcement agendas. Gary Gensler is the new chair of the SEC. Under the Obama administration, he was the chairman of the CFTC and was instrumental in drafting and implementing the Dodd-Frank Act’s provisions regulating derivatives and swaps markets. During his time as chairman, the CFTC brought a record number of enforcement actions and levied a record amount of fines for financial institutions. Chair Gensler has communicated his intent to pursue securities law violators who are “playing with working families’ savings.” Finally, there is an expectation that DOJ, the SEC and other regulators are going to invest more in technology for the detection and prosecution of fraud. Those investments require time to be deployed but they likely are on the horizon.

How have your practices been adjusting to new trends and increased general activity?

Moyne: One area of focus for the DOJ and financial regulators over the last few years has been market manipulation. In the last few years, both the government and companies have built up their data analytics capabilities and automated market surveillance with an eye toward identifying potentially illegal manipulative trading. I am currently representing defendants in two charged cases involving allegations of market manipulation and fraud. The first is a DOJ prosecution against former traders for allegedly engaging in “spoofing,” which occurs when a trader places an order with the intent to cancel the order prior to execution. The second is a CFTC enforcement action brought against a former trader in which the CFTC claims the trader manipulated the price of an interest-rate swap to make the transaction more profitable for the trader’s employer. In both of these cases, the conduct happened years ago when laws, regulations and industry practices were very different, but the DOJ and the CFTC are trying to impose today’s standards. My involvement in these matters helps inform my counsel to clients on what best practices to institute now understanding that these practices may be scrutinized with a different lens at some future point in time.

Modesti: Accounting and disclosure cases have been a main staple of SEC enforcement, as well as DOJ securities fraud prosecutions, and our practice is engaged in several matters in this area. As to accounting and disclosure enforcement, it is too early to tell how exactly chair Gensler’s investor protection agenda will play out. Financial reporting investigations take more time to develop and depend heavily on restatements and whistleblowers as sources for the investigations. Certainly, chair Gensler’s pronouncements suggest he will use all the tools at his disposal to rigorously enforce federal securities laws. First, he and his fellow Democratic SEC Commissioners are in the process of replacing the chair and other members of the Public Company Accounting Oversight Board (PCAOB), who are appointed by the SEC. The general expectation is that new leadership at the PCAOB will enhance its regulatory activity, in particular, its inspections and enforcement functions. Second, chair Gensler is committed to enforcing the three-year deadline under the Holding Foreign Companies Accountable Act (HFCAA) to delist China-based companies listed on U.S. exchanges over a lack of U.S. access to their auditors in China. The HFCAA was signed into law by the Trump administration and it appears the Biden administration is following through on its requirements. The three-year deadline still provides the U.S. and Chinese governments with room for negotiations—negotiations I was involved in as Director of Enforcement at the PCAOB—but this is the first time the United States has set a specific deadline to reach an agreement on U.S. access.

What industries are experiencing the highest impacts?

Moyne: There are a few additional areas that we expect to be the subject of regulatory focus:

• Accounting: There is a correlation between a market downturn and accounting enforcement. In those periods of downturn, investors seek redemptions which can cause or expose problems. Fund managers may be tempted to exaggerate performance or investment returns to ward off redemption requests or to engage in valuation frauds. For public companies, in a downward business cycle, assets on the balance sheet may become impaired and, depending on the circumstances, that could trigger a restatement, to be followed by an SEC investigation. In response, the SEC and DOJ will be focused on traditional earnings manipulation (revenues, expenses, net income, EPS) as well as manipulation of non-GAAP metrics.

• SPACs: The SEC has also recently been focusing on SPACs, or blank check companies. SPACs are shell companies which offer private companies a path to the public securities markets instead of an IPO. Earlier this year, the SEC issued a number of pronouncements about the risks posed by the increase of SPAC offerings.

• Meme stocks: In late January, GameStop’s stock price rose nearly 2000 percent as a result of a huge volume of trading by retail investors motivated by online message boards, and with the goal of taking on large alternative investment funds that held short positions in the stock. This new market dynamic has posed a challenge for market participants and regulators alike. As a result of wild swings in prices, online brokerage firm Robinhood suspended trading in shares of GameStop and other stocks for a period of time in February while it replenished its liquidity with clearing brokers. The price volatility, as well as the trading restrictions, are now the subject of Congressional hearings, criminal and civil investigations and dozens of civil actions. GameStop continues to experience price swings—most recently, it was trading in the $200s. Time will tell how these criminal and civil investigations will turn out and whether the SEC and other regulators insist on rule-making to address some of the risks associated with this new market dynamic.

Moyne: I think we are going to see a continued increase in enforcement actions and prosecutions against companies and individuals for white collar offenses. It will be important to follow these developments and to continually assess policies and practices to ensure that they are consistent with legal requirements and expectations.

Modesti: It’s always easier to prepare in advance – consider any appropriate corrective measures or actions without the pressure of a regulator’s investigation. Audit committees should be extra vigilant in their oversight of financial reporting. Management should take the opportunity to remedy internal control deficiencies before they balloon into larger issues for a company’s financial reporting. The SEC consistently examines whether companies and investment managers have well-designed policies and procedures, which actually are followed in all material respects. 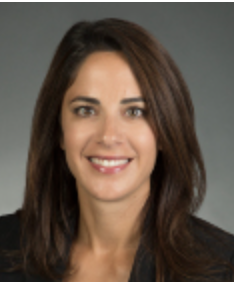 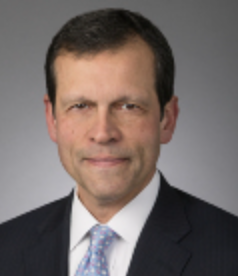 From the International Accounting Standards Board to the US Securities and Exchange Commission, the relationship between value and doing good is on the radar screens of countries, corporations, investors, shareholders and consumers.

The Path for Law & Accounting Firms to Robust ESG

In this episode of In House Warrior, Pam Cone, the founder and CEO of Amity Advisory, an ESG consulting firm, joins host Richard Levick of LEVICK to discuss the just-completed UN Climate Change Conference in Glasgow, Scotland.

Getting ESG Right and Why So Many Are Getting It Wrong

In this episode of the In House Warrior podcast series, Andrew Gratz, associate general counsel at LyondellBasell, speaks with host Richard Levick of LEVICK about what in-house counsel want, particularly on ESG, and why so many get ESG wrong.

SEE ALL ARTICLES ON Corporate Governance