The Need For “Fast Track” On International Free Trade Agreements

Wang: I am currently with the International Trade and Customs practice at Kelley Drye & Warren, focusing on trade remedy cases and also on due diligence matters related to the Foreign Corrupt Practices Act. Both aspects of my work involve me staying on top of trade policy developments. I started my career on Capitol Hill, working for the House Committee on Ways and Means, Trade Subcommittee and the Congressional-Executive Commission on China.

Editor: What is the status of the major free trade agreements – the Trans-Pacific Partnership (TPP) agreement and the Transatlantic Trade and Investment Partnership (TTIP), as well as the International Services Agreement (ISA) and the Information Technology Agreement (ITA)? What is the status of the President’s receiving “Fast Track” authorization?

Wang: TPP is expected to conclude by the end of this year, although there are still significant issues that need to be resolved – the biggest of which being market access to autos and agriculture in Japan. Many have also voiced concerns regarding labor rights and political freedom in Vietnam.

It’s been about a year since TTIP was launched, and much has changed on the global stage. The negotiators spent the initial rounds outlining how they were going to structure the agreement, but we will likely see them dive deeply into the substantive issues this year – regulatory compatibility and harmonization are widely seen as the potential big gains from this agreement. In light of the situation in Ukraine, there has been increased interest in TTIP as an opportunity for the United States and Europe to strengthen their economic ties.

Negotiations for the International Services Agreement are underway in Geneva, with approximately 50 countries participating. The Obama administration also recently notified Congress of its intent to engage in negotiations of the Environmental Goods Agreement.

Things appear to be at a standstill with the Information Technology Agreement. Talks broke down with China late last year. The question will be if the parties, including China, are willing to come to the table with their best offers.

With respect to Fast Track, a bill was introduced earlier this year by then Senate Finance Committee Chairman Max Baucus and House Ways and Means Chairman Dave Camp. With Sen. Baucus now serving as U.S. Ambassador to China and Chairman Camp retiring after this term, it is unlikely that TPP will move in its current form and before the midterm elections. Senate Finance Chairman Ron Wyden has already made a proposal for what he thinks the Fast Track should look like, including greater transparency for the public on negotiating texts.

Editor: How are disputes under these trade agreements resolved?

Editor: What are the key areas to watch in the area of trade remedies?

Wang: Subsidies is an area of trade remedies where there’s a lot of action right now. The Federal Circuit recently upheld a federal law confirming that the U.S. Department of Commerce has the right to evaluate and apply countervailing duties (CVDs) on imports from China and other nonmarket economies. The WTO Appellate Body also came down with a decision on the same issue, rejecting China’s challenge that applying the U.S. CVD law to China violated our WTO obligations. These decisions have affirmed the ability of U.S. industries to seek relief against unfair subsidies on imports from nonmarket economies.

Wang: WTO members completed a Trade Facilitation Agreement last year, and work on the Doha Development Agenda is certainly ongoing, so I’m not sure that “superseded” is the right word. That said, there certainly has been a proliferation of bilateral and regional trade agreements like TPP and TTIP in recent years. The multilateral framework has been successful at eliminating what I see as “least common denominator” trade barriers for the past several decades. For many countries – both developed and developing – the most sensitive and difficult issues remain, which has slowed the pace of the multilateral process to some degree. The WTO institution is still tremendously important, but for some issues, it is easier for countries to cut tariffs, reduce barriers and obtain meaningful market access in negotiations with fewer like-minded partners. Bilateral and regional trade agreements provide a way to work through some of the hard issues – like agriculture supports and tariffs – that have plagued the Doha Round over the years.

Editor: What new trends in enforcement are you seeing? Do you expect there will be greater emphasis on protecting intellectual property on the part of the U.S. Trade Representative?

Wang: Our tensions with Russia may serve as impetus for the USTR to bring cases at the WTO level. We’ve long recognized the prevalence of intellectual property rights (“IPR”) infringement there, particularly with the lack of enforcement systems to combat online piracy.

Editor: What are some of the major developments that you are watching in the trade area that might be of particular interest to corporate counsel?

Wang: The various trade agreements that are being negotiated represent enormous opportunities for business stakeholders to have their interests represented. In addition, there is a lot of trade legislation on hold up on the Hill that may have an impact on a company’s bottom line. Customs Reauthorization and expired programs such as the Generalized System of Preferences and the Miscellaneous Tariff Bill have left a lot of uncertainty for businesses that rely on these provisions for duty-free treatment. Companies should keep an eye on these programs because they seem to have the requisite congressional support and are just waiting for the right legislative vehicle, which many believe is Fast Track.

Editor: How do ITC proceedings differ from those conducted before Commerce and the courts in an antidumping case?

Wang: ITC and Commerce proceedings work hand in hand in an antidumping case. When a domestic industry petitions for relief from foreign imports that are sold in the United States at less than fair value, they do so before the U.S. Department of Commerce and the USITC. The ITC determines whether the U.S. industry is injured or threatened with material injury by the imports, and Commerce is responsible for finding the margin of dumping.

Editor: Please describe some of the procedures you follow in an antidumping case starting with the initial investigation.

Wang: Every case begins with a petition filed at the ITC and Commerce. If the ITC finds injury and Commerce finds that dumping is occurring, Commerce issues an antidumping order with a dumping margin. The dumping margin establishes the amount that the importer must deposit with Customs when entering the subject goods into the United States. Commerce then determines the amount of antidumping duties that should be collected on entries in subsequent administrative reviews. Every five years, the ITC reviews the antidumping order to determine whether it should be continued or revoked. This entire process is one that we have helped our clients navigate with success again and again over the years.

Wang: A number of countries are subject to comprehensive U.S. economic sanctions, including Cuba, Iran, North Korea, Sudan and Syria. Each of these sanctions programs is different, and each has limited exceptions for shipments of food, medicine and medical devices under licenses, IP registrations and renewals, and for certain telecom activities. There are other more limited sanctions on several other countries. The SDN list is one of several U.S. “denied parties” lists issued by U.S. government agencies. It is published by the U.S. Department of Treasury’s Office of Foreign Assets Control (OFAC).

This ever-changing list includes certain terrorists, narcotics traffickers and others who act on behalf of sanctioned countries. A significant number of financial institutions are included. While ensuring that your business does not conduct transactions with SDNs is important, too many companies focus all their export and sanctions compliance effort on screening transactions for SDNs. That is not enough. A good export control/sanctions program screens all the denied party lists, but it also involves a check on product and service exports to ensure that they are conducted in compliance with military and “dual use” export regulations. Many companies are surprised to find that they are exporting goods that need export licenses before they leave the U.S.

If you don’t have export control classification numbers assigned to every product or piece of software you export, your company is risking substantial penalties and, potentially, its export privileges. A reasonable program also includes controls on exports of “know how” and services to ensure that export-controlled information is not released without a license to non-U.S. persons in the U.S. and also outside the U.S. Access to IT systems at a surprisingly large number of companies does not comply with U.S. export control regulations.

Editor: What kinds of due diligence reviews as well as internal audits and investigations do you perform with clients to assure compliance with foreign trade regulations and sanctions laws?

Wang: In the last three years, our firm has been selected to conduct two of the five U.S. Department of Commerce audits required following settlements of civil penalty cases. These recent audits involved over 48 facility visits to review compliance with the Commerce Department’s audit module. In addition, we have performed hundreds of export control/sanctions due diligence reviews and many site visits prior to acquisitions as part of audit committee investigations, as part of company internal risk assessments, as part of company internal audits, and as part of compliance program implementation or improvement projects, among other circumstances. Multiple U.S. government agencies have received reports generated by our review methodology, and there has never been a question about the validity of our process. Depending on the scope of the review, our core export and sanctions compliance team and experienced trade compliance personnel in our international offices focus on both U.S. and local regulatory issues. 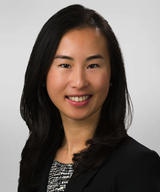