Navigating the Bumps: A corporate partner tries to help other women find legal jobs and thrive

Alice Hsu, a partner at Akin Gump Strauss Hauer & Feld, focuses on capital markets and corporate governance. Her family’s favored professions, however, were centered around medicine and engineering, leading Alice to wonder what her life would have been like had she followed one of those paths. In any case, she harbors no regrets – the lawyer’s life (as a corporate dealmaker) has suited her just fine. The interview has been edited for style and length.

MCC: When did you decide to become a lawyer?

Hsu: It seems to me that sometime between elementary school and junior high I thought that becoming a lawyer would be a fun job to have when I grew up. I didn’t know very many lawyers because my family was all in the medical or engineering fields. Most of what I knew about law had to do with what I saw on television, which probably I should have realized is not necessarily always a realistic representation of what a corporate lawyer would do on a daily basis.

MCC: Were there particular shows that made an impression?

Hsu: I grew up in Southern California, and so “L.A. Law” was a very popular show when I was growing up. I always would watch “The People’s Court” with Judge Wapner. And I thought being a judge might be interesting. By the time I was in college or law school, that’s when “Ally McBeal” was popular. I was already a lawyer, I think, when “Legally Blonde” came out. But I think the “Law & Order” shows, the original, as well as “L.A. Law” made an impression on me.

MCC: And did there come a time when you felt that you’d been led down a garden path, that all the things those shows seemed to promise were not a reality open to you?

Hsu: During law school, when I worked at a litigation boutique over the summer, I realized that litigation was not necessarily for me.

MCC: And probably all those shows made it sound as if that was what a lawyer did, right?

Hsu: Right. But I was always interested in the stock market and investing and learning about companies and what they made. I also enjoyed my tax classes when I was in law school, and I had been exposed to economics during college, because that was my major, so it made much more sense for me to become a corporate lawyer representing companies and helping them make money.

MCC: So this wasn’t necessarily a disillusioning experience when you worked at the litigation boutique?

MCC: So tell me about what has appealed to you and what you’re really proud of having accomplished as a lawyer.

Hsu: I’ve really enjoyed advising clients and boards on strategic capital-raising transactions that are complicated and need to be completed under intense time pressure. I enjoy the energy when working on a deal that needs to get done quickly and correctly, as well as working with a group of business people, other lawyers, investment banks, accountants, the stock exchange, the regulators, the SEC, and having it all come together to accomplish a result that is positive and helpful for a company’s ongoing business strategy.

In my pro bono work, this past year I’ve spent a lot of time working with an organization called the Korematsu Center for Law & Equality. The executive director was one of my law school professors for whom I was a research assistant. So it’s been nice to reconnect with something from 20 years ago. Now, instead of it being academic, it’s applied to real-life situations. Being able to advise my professor who, when I was a student, was advising me – it’s been very fulfilling.

MCC: Speaking of your pro bono activity, you also co-chair the corporate leadership committee for the New York Women’s Foundation. Tell me about that.

Hsu: The New York Women’s Foundation is 30 years old this year. They are focused on women and families in New York City, all the boroughs, and work to support women and families in various areas that will help improve economic justice, safety, health and welfare. The corporate leadership committee, which I co-chair, supports the organization by helping them with their fundraising efforts as well as providing a forum for senior-level women to work together in a philanthropic activity.

MCC: Have you encountered in your career real obstacles based on your gender that you’ve had to navigate? It seems as though you’ve done very well. You’ve achieved certain advancements at your firm. You’re on the social media taskforce, co-chair, co-head. You’re a member of the New York office’s hiring committee. And you’ve achieved other leadership positions at the firm. I’m wondering if there were bumps along the way.

Hsu: I think with respect to my particular circumstances at this particular firm, as I was moving through my career, gender was less of an obstacle. But I think in terms of being realistic when you see that the average percentage of female partners across all big firms is only 20 percent, give or take – and those were close to the same numbers as when I graduated from law school 18 to 20 years ago – I think gender definitely is an obstacle in terms of advancement in large law firms. If you want to be realistic, perhaps for the women who have made it into that 20 percent it wasn’t an obstacle, but in terms of whether there are issues that consciously or unconsciously impact women as they progress through their careers, seek to win clients, and fight for leadership opportunities internally and externally, I think it definitely exists.

MCC: How have you managed to overcome them?

Hsu: I build lasting relationships – I try to get to know people and make them comfortable with me. That’s been one factor. The world is a diverse place and there may be times when people aren’t going to be comfortable with you and the role that you have because you’re different from them. I do think that sometimes you have to reflect upon whether you want to make a big deal about the challenges that you face; sometimes just continuing to push through will make more of an impact. In order to help mentor younger lawyers, it’s sometimes better to be more transparent about what obstacles you see, and then you just keep persisting.

MCC: How would you rate corporate law and finance as far as openness to accepting women on equal footing compared to other areas of practice?

Hsu: I’d have to say that I think that there’s a bigger push now with respect to in-house legal departments and large corporations focusing on diversity and inclusion, and having different lawyers work on their matters and holding law firms accountable for meaningful inclusion. I think that definitely has been something you’ve probably seen, even with the recent announcement by Facebook, which said that moving forward women and ethnic minorities must account for at least 33 percent of law firm teams working on its matters, and that law firms must also show that they “actively identify and create clear and measurable leadership opportunities for women and minorities” when they represent the company in litigation and other legal matters.

And there was an article in The New York Times about the different initiatives that corporations are using to hold their law firms accountable. I think that law firms generally pay attention to what their clients are looking for, since we are in a client-service profession. So I do think there are certain corporations that feel that this is very important and are focused on it. There are other corporations that are neutral. Luckily, I don’t work with any that are openly intolerant, or I’m not aware of any.

Also, the measurement tools and the research have all proven with respect to corporate boards, for example, that having three or more women on a corporate board helps improve the company’s results. I think that it’s in a company’s interest to increase the diversity because stakeholders are starting to believe that it’ll achieve better results.

MCC: On a more personal level, you’ve talked about mentoring and strategies for mentoring. What opportunities have you sought and found to mentor other women attorneys, whether at your firm or outside your firm?

Hsu: Well, through my recruiting and hiring committee work that I do at the firm, I attend events at law schools and speak to students, and I keep in touch with some of the students that I meet. My college has a database of people who are willing to speak to students about different industries and careers, and so I’ve also spoken to some of the college students that reach out to me that way. Mentoring is an important part of my career, especially with respect to guiding younger women to really understand the business that they are in and get to know the right people.

MCC: For the record, you went to Wellesley, so those college students were women.

MCC: It’s been almost 18 years since you graduated from law school. As you look back over that time, how much progress do you think women in law have made?

Hsu: I think that women have probably made much more progress in the pipeline at law schools in the last 18 years than when I was in law school. And there are more lawyers now because law school attendance has exploded in the last decade. Everybody agrees that more progress can and should be made. Practicing law is very complex, and I think you see women in a lot of different roles, but again if you look at general counsel statistics, as well in the Fortune 500, I don’t know that in the last 20 years there has been as much progress as people would have anticipated 20 years ago.

MCC: You talked about your family’s preference for the medical field? Have you ever had any regrets for the path you took?

Hsu: I think everybody always comes to a point after they’ve been doing something for a while when they take stock and think about what else they could have done. I think on balance I’m very happy that I have built such a challenging and intellectually stimulating career. But I also think that I have a lot of other qualities and talents that I could have pursued, and this is just the one to which I naturally gravitated.

MCC: But you don’t have any regrets that you didn’t end up in “L.A. Law” land.

Hsu: I do not have any regrets that I didn’t become a litigator, although I have had a chance to have a taste of that through my pro bono work. And it is fun to dabble in. 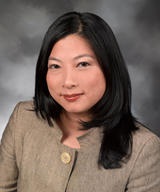 Credit bidding allows secured creditors to protect their collateral in a bankruptcy sale and can provide an opportunity to strategically acquire a company’s assets. It is a valuable tool for all secured lenders but especially for private equity firms, hedge funds and other distressed debt...