A Natural Resource: An industry trailblazer illuminates the intricacies of the energy markets

These are tumultuous times for world energy markets. Prices plunge. Tech disrupts. Wars rage. Oceans warm. Regulators probe. Penalties stiffen. Stakes rise. Players fret as they take aim at a distant target that won’t stop moving. It is, therefore, the perfect time to hear from an industry veteran with a steady hand and level head born of an enviable track record as a state and federal regulator, a practitioner, an academic, and an innovator. Suedeen Kelly's remarks have been edited for length and style.

MCC: Your tenure at FERC coincided with significant changes to the agency’s role in the wake of the Western energy crisis and passage of the Energy Policy Act of 2005. That was a momentous period. Tell us about it.

Kelly: In the wake of the Western energy crisis and then the passage of the Energy Policy Act, there were a couple of things Congress added to FERC’s mission. FERC was given authority over market manipulation for both the electricity and gas markets. That had not existed before. Probably even more importantly, Congress added penalty authority. Previously, FERC had general enforcement authority, but without any monetary penalty authority, it was basically a toothless tiger. That combination made FERC’s mission real. The other significant change was to the mandatory reliability standards. That also added significantly to FERC’s mission.

When you’re at the head of an enterprise that is given a new mission, it’s very exciting. At the same time, it fills you with a real sense of responsibility because you have to put systems in place to carry out your responsibility. It’s a real learning stage in anybody’s career; it requires you to integrate a lot of skills. I was very lucky to be part of FERC when those things happened and to help FERC implement them.

MCC: You’ve written about the promise and the disappointment of demand-side management, which hasn’t really gained traction outside of the emergency context, because it fails to serve the needs of both end-user customers and the utilities. You published a white paper proposing a regulatory framework for a new demand-side product: “automated demand-side management.” Explain how ADSM would work and what the benefits would be.

Kelly: ADSM is a new product that is just being offered in the electricity industry. It integrates what we’ve learned about demand-side management, but it takes a smart grid, or advanced energy technology, and incorporates it into a demand management system. What’s key about ADSM is that it is a demand management product that is dispatched and can be done in big, megawatt blocks by the electric utility. Because it is truly an alternative to generation, it can be scheduled and dispatched from the same control center from which generation is dispatched. It can be, and is, internally priced, so it can be dispatched seamlessly with traditional generation. It is a demand-side asset, not a program.

For the utilities, it provides an investment opportunity, unlike old-style demand management, which had utilities calling customers and asking them to turn things on and off, or some variation on that. This is a different kind of product. The key to encouraging utilities to deploy it is that regulators need to allow them to charge for kilowatt hours dispatched, not just kilowatt hours consumed. The benefits are that it can be dispatched, which means it can be planned and scheduled. Because it can be planned, it is a resource that can operate beyond emergencies. It benefits customers by lowering the cost of electricity. This is one of the most promising utility-scale advanced energy technologies that we’ve seen.

MCC: You were recently named by the National Law Journal as an energy trailblazer for, among many other accomplishments, your work as chair of the New Mexico Public Service Commission when the state passed the law requiring the restructuring of its intrastate gas pipelines a year before FERC did the same for interstate pipelines.
Tell us about that effort.

Kelly: We were directed by the New Mexico legislature to change the intrastate pipeline system, which has a lot of New Mexico gas production that travels on it. The goal was to move away from common-carrier pipelines to contract carriers. It’s what FERC did for the gas pipeline industry a year or two later. I credit much of the foundational work that FERC had done to Robert Means, a staffer who has written a lot about how the pipeline industry could be transformed. The legislature wanted to enable New Mexico’s producers to reach more markets because the producing industry was suffering from market constraints. The proof was in the pudding. The reform was successful as more producers gained more access to more markets.

MCC: The U.S. Supreme Court has taken up FERC v. Electric Power Supply Association, which concerns whether the Federal Power Act has the authority to regulate the rules that operators of wholesale energy markets use to pay for reduction in electricity consumption. Where do you think the line will be drawn between state and federal authority under the Federal Power Act?

Kelly: I did not get a seat at the oral argument at the Supreme Court, but I read the transcript of that argument, I think, four times now. It’s a toss-up as to where the Court is going to draw the line. I have a personal preference. For the good of the electric grid and the electricity markets, the Court should allow demand response to be sold in the wholesale markets as well as in the retail markets. The lower court opinion, from the D.C. Circuit, would preclude demand response from being sold in the wholesale markets. That’s not good for the country. There are concurrent wholesale and retail markets for most commodities sold in the U.S. I hope that’s how the Court comes down, but it’s too close to call.

MCC: You resolved thousands of disputes during your tenure with FERC. What do you consider your most challenging and/or important decisions?

Kelly: Let me talk first about the electricity markets. While I was on FERC, the country went from having one or maybe two organized, bid-based electricity auction markets for energy to having seven markets, not only for energy but a number of them also for capacity. The design of those markets, which FERC had to help develop and approve, was very challenging because it involved so many variables: economics, markets, market participant interests, policy and state interests. There were a series of decisions during my tenure, establishing these markets in different regions across the country. They were very challenging because they were complex. They were important because they changed the nature of how electricity is bought and sold.

On the gas side, FERC, under the Natural Gas Act, has the authority and responsibility to certificate infrastructure. During my tenure, we went from a gas shortage in the U.S. to shale gas as an increasing part of U.S. production. Now, it’s a significant part of U.S. production. The gas infrastructure demands of the country were very significant while I was there. Being at FERC and participating in decisions to certificate new pipelines that would enable gas produced in the West to get to the markets in the East was challenging and important to the country.

MCC: You are widely credited with being a leader in the development of the smart grid, including serving on the Smart Grid Advisory Committee of the National Institute of Standards in Technology. What’s the state of the smart grid?

Kelly: It’s diversified, it’s advanced, it’s alive and well, and it’s finding a home in the “new electric utility.” We are looking at distributed energy resources and hardware and software that enable us to deploy advanced technology, not only at the transmission level of the grid but also at the distribution level and behind the meter. It is making our electric industry more resilient and reliable. It also continues to present state and federal regulatory and policy challenges because new technology is coming into new parts of the grid. It’s a focal point for investment and for policy development.

MCC: You told Law360 that the ability to recover previously unrecoverable oil and gas is transformative on a global scale, including enhancing foreign relations between the U.S. and other countries. Can you expand on that?

Kelly: The U.S. economy and the global economy are energy dependent. The U.S. has gone from depending on imported oil and gas to coming close to being independent. Back in the 1970s, after the OPEC oil embargo, people started talking about becoming energy independent in the U.S. For all of the policy changes we employed to help us get there, it was American ingenuity and technology advancements that allowed us to become independent. We now have the ability to produce energy significantly in excess of our own domestic needs, which enables us, should we decide we want to, to provide energy to countries that need it. That is a geopolitical and, potentially, a foreign relations aspect of our technology developments.

MCC: You have had an amazing variety of roles in your career, including as a state and federal regulator, legislative aide to a U.S. senator, law professor, private practitioner in both New Mexico and D.C., and even a stint with the Natural Resources Defense Council. How does your experience feed into the day-to-day business and legal counsel you provide to clients?

Kelly: This type of experience has value to my clients in two ways. First, as a lawyer and an advocate for clients’ interests, you are most effective when you not only understand their business and their needs but also understand the perspective of the party across the table – whether that’s another business you’re negotiating with on behalf of your client or whether it’s a decision maker, a state regulator, a federal regulator, a judge. Because I’ve had the opportunity to come to know the perspectives of so many participants in the industry, including interests affected by the industry, like environmental interests and consumer interests, I can be very effective for my clients because I just know from experience what is likely to be important to them.

The other way it helps my clients is that I’ve been able to acquire knowledge about the energy industries, their markets and their business models in little bits and pieces over the course of my career. From so many bits and pieces, and so many different perspectives, I’ve formed an integrated understanding of the various electricity and gas markets and the interaction between them. I can share that knowledge and experience with my clients and help them participate effectively in these markets. 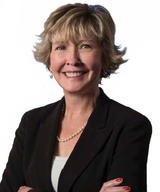