In the recent decision of Commonwealth v. Mason, the Pennsylvania Supreme Court held that a nanny did not have a reasonable expectation of privacy while working inside the home of her employer. Thus, the employer’s decision to video and audio record her in their home was not a violation of the Pennsylvania Wiretapping and Electronic Surveillance Control Act (Wiretap Act). This decision reversed both the trial court and PA Superior Court’s holding that the nanny enjoyed a reasonable expectation that her verbal communications were not subject to recording while performing her nanny duties. This decision offers helpful guidance to Pennsylvania employers outside of the domestic employment context as well.

Pennsylvania courts have previously held that video recording, without audio, does not violate the Act (with some exceptions, such as restrooms and locker rooms). In addition, the courts have held that recorded conversations in open office spaces do not violate the Wiretap Act, because employees did not have a reasonable expectation of privacy in such an environment. Additionally, PA courts have held that there is no reasonable expectation of privacy in the workplace when individuals are taking notes during a recorded conversation. But, as the Court in Mason reminded us, whether a recording violates the Wiretap Act is a highly fact specific question that must be determined on a case-by-case basis.

In finding no violation of the Wiretap Act, the PA Supreme Court reasoned that parental video surveillance of children’s rooms is so common that it has led to the phrase “nanny cam.” The court noted that parents frequently install monitoring devices to observe domestic workers employed within their homes. Therefore, in Mason, the nanny’s expectation of privacy within her employer’s home was unreasonable, because nanny cams are essentially ubiquitous.

Mason suggests, at least for electronic monitoring purposes, that domestic workers are subject to employer video and audio monitoring throughout most of the home. It is likely that the decision applies not only to nannies, but also others employed in the home as well, such as cleaning persons. The majority’s opinion suggests that the decision could reduce employee’s expectations of privacy in other non-residence workplaces as well.

While the holding in Mason is limited to domestic workers, it does provide some helpful guidance to employers generally. First, it offers a reminder that video recording, without audio recording, is generally lawful. Second, it reminds us of the requirements of the Wiretap Act and how recording issues can impact the workplace. Employers must keep in mind that violations of the Wiretap Act can result in third-degree felony charges. Employees may also file a civil claim and recover actual damages, punitive damages, and incurred litigation costs. With such risks, it is always wise for employers to seek legal counsel before recording employee communications in the workplace. Developing appropriate policies and issuing guidance to employees on your audio and video recording practices is also recommended. 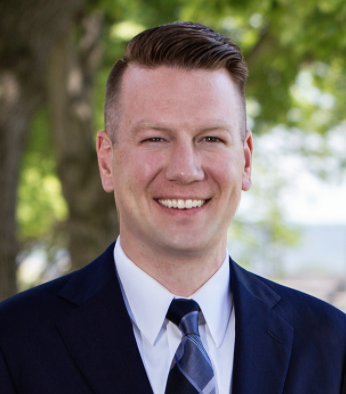 October is Cybersecurity Awareness Month. It’s important to exercise sound cybersecurity best practices to protect your organization’s sensitive and valuable information against outside hackers and cybercriminals that are always identifying new ways to get to your data.

The GDPR 4 years on and beyond

Organizations have transformed their IT infrastructure and improved their security and data governance posture to mitigate data privacy and protection risk.

Legal Marketing Association President-Elect, Roy Sexton, who leads Clark Hill’s marketing, branding and communications efforts speaks with host Richard Levick of LEVICK about law firm marketing, the challenges and evolution of the profession and his own story in a deeply personal and joyous program which has as many laughs as important marketing lessons.