More Than A Machine: “Robocop” Stole The Headlines, But The Financial Reporting And Audit Task Force Is The Real Driver Behind The SEC’s Refocus On Accounting Irregularities

On July 2, 2013, the United States Securities and Exchange Commission (the SEC) announced two new initiatives aimed at preventing and detecting improper or fraudulent financial reporting.[1] We previously noted that one of these initiatives, a computer-based tool called the Accounting Quality Model (AQM, or “Robocop”),[2] is designed to enable real-time analytical review of financial reports filed with the SEC in order to help identify questionable accounting practices.

In addition to the AQM, the SEC announced the creation of the Financial Reporting and Audit Task Force (the Task Force). The Task Force comprises 12 experts from across the SEC’s Enforcement Division whose mission will be to “concentrate on expanding and strengthening the Division [of Enforcement’s] efforts to identify securities-law violations relating to the preparation of financial statements, issues of reporting and disclosure, and audit failures.”[3] To fulfill this mission, the Task Force, which includes both forensic and GAAP accountants, will be responsible for “closely monitoring high-risk companies to identify potential misconduct, analyzing performance trends by industry, reviewing class action and other filings related to alleged fraudulent financial reporting, tapping into academic work on accounting and auditing fraud, and conducting street sweeps in particular industries and accounting areas.”[4] In carrying out these tasks, the Task Force will be aided by other critical offices and divisions within the SEC, including the Office of the Chief Accountant and the Division of Corporate Finance. Together, the Task Force and those assisting it constitute a veritable A-Team focused on rooting out accounting improprieties and fraud.

Why Corporate Directors Must Take Note Of The Task Force

There is little question that corporate directors should take note of this substantial deployment of SEC resources. In 2010, the SEC created five specialized units in areas of market abuse, structured and new products, asset management, foreign corrupt practices, and municipal securities and public pensions. In the succeeding years, each of the units utilized the very strategies that the Task Force has been asked to exploit, including monitoring high-risk companies, analyzing performance trends by industry, and conducting street sweeps in particular industries. The result was an increase in inquiries made by the SEC, not to mention several significant enforcement actions, including a withering assault on insider trading; settled actions against banks, including most notably Goldman Sachs, relating to complex structured products; and a high-water mark in FCPA- related enforcement actions.

We anticipate a similar result in the area of financial reporting and disclosures as a consequence of the creation of the Task Force. Indeed, in a speech last fall, Andrew Ceresney, co-director of the Division of Enforcement, explicitly noted that the goal of the Task Force will be to “focus on case generation” and “generat[ing] new accounting fraud investigations for staff in the Division to pursue.”[5] In the same speech, Mr. Ceresney went so far as to describe the Task Force as the SEC’s “Apollo 13 moment”: “Often, when you get a group of smart people in a room focused on a problem, you can find the answer. Kind of reminds me of that scene in Apollo 13 where they bring all of the disparate tools available on the space capsule into a room, dump it on to a table in front of a bunch of smart people, and say find a way to fix the problem. And so we created the Financial Reporting and Audit Task Force to ...”[6] The problem the Task Force solves for the Enforcement Division is how the SEC can better marshal resources to identify accounting issues; the result, if past is prologue, will be increased engagement by the Commission with public companies concerning such issues.

Potential Areas Of Emphasis Of The Task Force

Based on our study of comments made by various SEC officials, we believe that the new Task Force will be focused on a few key areas described below. While it may be prudent for directors to attempt to ensure that their organizations steer clear of financial reporting deficiencies, it may also be important to pay particular attention to the areas of the Task Force’s focus in order to stay out of its crosshairs:

Making Good Use Of Peacetime

What does all of this mean for corporate directors? It means that there is no better time than the present – during peacetime, before any inbound inquiries from the SEC are received – to have “tough” discussions with management around the areas of focus identified above, as well as the areas with which directors normally concern themselves. Audit Committee members should have detailed discussions with management and the company’s auditors regarding these issues, not only to make sure that practices are appropriate, but also to identify “red flags” or “warning signs” in their financial statements that might attract SEC attention, whether by the Division of Corporation Finance, the Office of the Chief Accountant, or the Division of Enforcement. Similarly, companies should take proactive measures to ensure and encourage full and candid internal reporting and communications up the ladder so potential issues are not overlooked, ignored or “missed,” and also revisit their “whistleblower” practices to make sure internal reports of potential wrongdoing are dealt with efficiently and effectively (and without fear of retaliation). Indeed, dealing effectively and appropriately with whistleblowers alleging accounting irregularities is more important now than ever before. In fiscal year 2012, the SEC received more whistleblower complaints in the area of financial reporting and disclosures (18 percent) than in any other area.[12]

In sum, renewed attention to accounting issues on the part of directors – to match the renewed attention being paid by the SEC – will undoubtedly pay dividends if the SEC ever comes knocking, which seems increasingly likely in the current environment.

This article was originally published on January 14, 2014, in The D&O Diary. 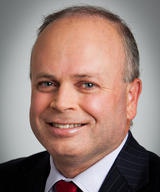 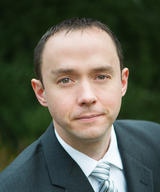 Recently proposed regulations by the IRS are intended to further ease and clarify reporting requirements under the Foreign Account Tax Compliance Act.

It Ain’t Over Till It’s Over: Post-acquisition disputes are as much a part of the deal landscape as closing dinners

MCC: You’ve each made your mark in post-acquisition disputes. Tell us about the area and how companies find themselves embroiled in such disputes. Serviss: The culmination of the sale of a business can be a complex and lengthy process. Purchase and sale agreements often include anticipated...

All in the Family Business: The key to success is bridging personal and business relations

MCC: What are the unusual aspects of consulting for a closely held or family-owned business? Amin: It involves much more than the typical debits and credits, tax returns, and compliance that people associate with public accounting. You get very involved not only in terms of consulting on...

SEE ALL ARTICLES ON Accounting