The lawyers in our office focus principally on transactional matters, with attorneys practicing in mergers & acquisitions, banking & finance, antitrust & competition, capital markets, energy, real estate, labor & employment, tax, global infrastructure & project finance, and global disputes. As the first Jones Day office to open in Latin America, our office plays a critical role in the firm's Latin America practice. The Mexico City attorneys work closely with colleagues in the firm’s São Paulo, Madrid, New York, Chicago, Atlanta, Washington, Dallas and Houston offices as well as with lawyers in the other Jones Day offices in the U.S., Europe, Asia, Australia and the Middle East in connection with matters in Mexico and throughout the region. Jones Day’s clients have the benefit of its One Firm Worldwide approach to the delivery of legal services from an integrated global network of offices that includes Latin America.

Editor: Please describe some of the recent deals in which your office has been involved.

Editor: Mexico’s Federal Anti-Corruption Law for Government Procurement went into effect on June 12 of this year. Were there significant precursors to this law? What agency enforces it?

We have a cultural problem because we have a long history of corruption dating back to the ancient colonies. There is a sense of normality when we refer to bribery in the daily life of a Mexican. For many years, Mexican companies had very little interest in having anticorruption policies and compliance programs. The new law may force companies to put more resources into the fight against corruption, but that depends very much on how it is enforced by the authorities and that in turn will determine how this law will change the behavior of Mexican businesses.

Enlightened Mexicans will welcome the new law because it will make Mexico more attractive to foreign businesses, particularly those that are precluded from paying bribes by the FCPA, UK Bribery Act and their counterparts throughout the developed world. Increasingly, they are attracted by countries that provide them with a level playing field.

Because Mexican anticorruption culture is recent, Mexican companies were slow to implement compliance programs. Mexico’s new law may help to change this serenity. The new law applies only to government procurement at a federal level. It does not apply to state or local procurement. We believe there is a tremendous opportunity for law firms to assist their corporate clients in understanding the implications of the new law and in setting up effective compliance programs.

Editor: How does this law compare to the Foreign Corrupt Practices Act?

Ishii: It has similarities to the FCPA in the sense that the new law forbids Mexican entities and Mexican individuals from making illegal payments to public officials in connection with awarding public contracts abroad as well as in Mexico. For the first time, Mexico has an anticorruption law with international reach that imposes real penalties on companies and other entities.

Editor: What agency has responsibility for enforcing the new law?

Larrea: The Ministry of Public Administration (Secretaria de la Función Pública) will have principal responsibility for enforcing the new law. However, the new law also lodges enforcement authority in several other government agencies. This is a law that is enforced at an administrative level and does not involve criminal or civil liability.

Editor: Have there been any investigations or legal actions pursuant to the new law?

Larrea: Not that we know of. We cannot exclude the possibility that some such activity has started and has not been made public.

Editor: How important is due diligence with respect to compliance in connection with mergers and acquisitions?

De Ovando: We think that due diligence is a must in any deal. We strongly recommend that each aspect of a deal be reviewed by the relevant expert in our firm. We draft checklists to insure that we are informed about all legally relevant issues and that those issues are reviewed by our expert in those issues in our office. We also like to follow up with interviews with top management. Once we feel we thoroughly understand a company’s operations, we incorporate our findings into a report which we make available to our client. We discuss this with our client to get its input and to assure that the deal will be handled to its satisfaction.

Larrea: Anticorruption due diligence is not legally required but clearly advisable, in particular, due to the increased liability under the new law. This also true for mergers and acquisitions to investigate whether and how the other party interacts with government institutions or agencies. We look for activities that should be carefully studied and reviewed before any transaction. We look at the red flags, such as payments made in connection with oil and gas transactions, imports and exports, the granting or updating of permits, waivers of compliance with regulations and statements made at public meetings.

Editor: Do Mexican officials get leads from FCPA cases brought in the U.S.?

Ishii: FCPA cases brought in the United States by the Department of Justice or the Securities and Exchange Commission get a lot of publicity in Mexico. This has triggered Mexican agencies to act where there is a possible Mexican connection.

Editor: If a potential buyer uncovers a potential violation of anticorruption laws by the target, how might the buyer respond?

Ishii: If there are findings in a due diligence investigation that indicate possible illegal payments to public officials, the potential buyer has to be very careful. If the conduct involves criminal actions that could expose individuals to liability, it might under the new law also expose the company to liability.

The first option is to just get out of the deal. The other alternative is to have recourse to the provision in the new law that provides that, if a confession is made to the enforcement authority, there will be a reduction in the penalties.

The response depends on the particular circumstances of each case. It is necessary to determine the possibility and consequences of stopping the conduct and implementing remedial measures, and the possibility of isolating exposed assets.

Editor: Do many of your clients have compliance programs?

Larrea: The general answer would be that in Mexico companies are beginning to wake up to the need for such programs. We, of course, recommend to our clients that they consider such programs.

Our office addresses the anticorruption issue as a component of corporate governance, so we try to encourage boards of directors to set the tone at the top. For instance, we suggest that boards approve a code of conduct that includes anticorruption policies.

Recently we have been informed by a high government official that in furtherance of the above referred law, our new president is proposing to create a new commission to fight corruption as well as significant anticorruption amendments to the Mexican Constitution.

We think that the fight against corruption and the legal business related to the fight against corruption will grow in the near future. However, at this precise moment it’s a little bit hard to tell how the courts will interpret the new law or the trail that in the very near future the legislative proposals of our newly elected president will take once discussed at the Mexican Congress. 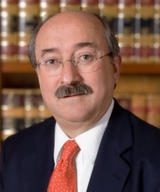 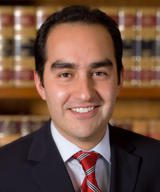