Introduction: Facing a class action suit is one of the C-suite’s greatest fears. Neal Marder of Akin Gump, a litigator with nearly 20 years of class action experience, speaks to whether those worries are merited, describing the factors driving the active California courts, the climate surrounding ascertainability, and the affect of recent Supreme Court decisions on such matters. His comments have been edited for length and style.

MCC: You’ve had a distinguished litigation career focused on complex litigation and investigations, especially regarding consumer fraud class and mass actions. Why the switch to Akin Gump?

Marder: As an international law firm with a global footprint, Akin Gump has a first-class platform to expand my cross-border litigation practice, which was one of the main reasons I decided to make the switch at this point in my career. Another reason for the move was to be able to help lead and grow Akin Gump’s litigation practice on the West Coast and to launch a national consumer class action practice that will bring together as a cohesive unit more than 80 consumer class action litigators firmwide. So this makes Akin Gump the perfect fit for me.

Marder: No doubt about it, consumer class actions are on the rise – especially in California, and particularly in the area of false advertising in the food and beverage industry.

California laws are some of the most employee- and consumer-friendly in the country. For example, California’s consumer protection statute – the unfair competition law – creates a private right of action to sue for any “unfair,” “unlawful” or “fraudulent” business act or practice. The violation of virtually any other law can serve as a predicate for a claim under California’s unfair competition law. Moreover, the courts’ broad interpretation of what constitutes a valid claim under Business and Professions Code § 17200 has emboldened plaintiffs’ attorneys to file suits under the statute for virtually any conceivable business practice that can be characterized as “unfair,” notwithstanding the recent U.S. Supreme Court decision in Spokeo on Article III standing.

The California bench is also now recognized for its class action expertise. For example, the Northern District of California has become a hotbed for food labeling and securities fraud class actions.

In addition, California is home to some of the most innovative companies and business practices in the country, which often leads to class action lawsuits on cutting-edge issues.

MCC: You handle a wide array of cases, from securities and IP to white collar and unfair competition. In an era of increased specialization, your range is unusual. How do you manage to stay on top of so many areas?

Marder: I have a thirst for learning, and I am an “old school” generalist who was taught by some great mentors about the art of being a trial lawyer.

I am fortunate to have tried a number of cases throughout my career on a variety of interesting topics. Last year, for example, I represented a distributor of home comfort products in a case against one of the largest manufacturers in the world. We alleged that, after product defects led to the biggest recall of dehumidifiers in U.S. history, the manufacturer retaliated against and tried to destroy my client’s business. I took that case to trial last year and ultimately won a $42.5 million verdict, which included a $30 million punitive damages award.

Although I have resisted the temptation to specialize, in my view, class action litigation has itself become a specialty area, and this forms the majority of my current practice. All class actions in federal court – whether they are consumer fraud, securities fraud or employment cases – are governed by Rule 23 of the Federal Rules of Civil Procedure. The Supreme Court recently has been paying a lot of attention to class action litigation and has issued a number of important decisions in this area. Thus, being a class action practitioner requires me to stay on top of this rapidly changing and fascinating area of law.

MCC: There has been a steady stream of important class action issues winding their way to the U.S. Supreme Court in recent years. One especially closely watched case was Tyson Foods, Inc. v. Bouaphakeo, which has been seen as both a victory and a setback for the plaintiffs’ class action bar. What have Tyson Foods and other recent cases meant for class action jurisprudence, and what can we expect in the years ahead?

Marder: I agree that the Tyson decision is not a complete victory for either the plaintiffs’ or the defense bar In Tyson, the Supreme Court held that the plaintiffs in that case could rely on statistical evidence to prove their claims on a class-wide basis, and this satisfied the predominance requirement. In the coming years, plaintiffs will surely attempt to push the boundaries by using statistical evidence in other cases to avoid creating an individualized issue that would prevent certification.

But the scope of Tyson was fairly narrow. The Court emphasized that it will be a case-specific inquiry as to whether plaintiffs can rely on statistical evidence. It also remains to be seen whether and to what extent plaintiffs will have success under a Tyson theory outside of the Fair Labor Standards Act context.

MCC: Various authorities say the outcome of class actions turns on whether membership in the class is ascertainable, yet there continues to be a split among the circuits on this important issue. Where are we today regarding ascertainability and how do you expect to see the law evolve?

Marder: Although ascertainability is not a statutory prerequisite to class certification, it has recently become a hot-button issue.

Several courts have held class plaintiffs to a high standard in demonstrating that the proposed class can be readily ascertained before granting class certification. The majority of circuits now apply a “heightened” standard that requires that the class is “defined with reference to objective criteria” and that there is a “reliable and administratively feasible mechanism for determining whether putative class members fall within the class definition.” However, there is a split in authority regarding the ascertainability requirement. Some circuits have adopted a less rigorous ascertainability analysis.

On Monday, the Ninth Circuit heard oral argument in two relevant cases – In re ConAgra Food and Brazil v. Dole Packaged Foods, LLC – so the appropriate standard in this circuit will hopefully be clarified soon.

MCC: You have been especially successful in defeating class certification in a variety of important cases. What’s your secret? What’s the key, if there is one, to beating back class actions at an early stage?

Marder: I would say the key is being creative and utilizing every procedural technique available to attack the merits of the claims, as well as the class allegations, by challenging the court to comply with its obligation to undertake a “rigorous analysis” of the class claims and Rule 23 requirements.

I’ll give you an example from one of my recent cases. My client EFT Holdings, a seller of nutritional supplements based in China, was sued by a class of consumers in the Central District of California. In the Central District, there is a local rule that requires a motion for class certification to be filed within 90 days after the action is commenced. When the plaintiffs blew that deadline, we moved to strike the class allegations, and the court granted our motion.

As a result of that ruling, one of the class members filed a lawsuit against the plaintiffs’ lawyers alleging malpractice and breach of contract. We used that fact to convince the court that plaintiffs’ counsel was inadequate. Plaintiffs then had to go out and retain a new firm.

Ultimately, we defeated class certification on unique grounds, including concerns regarding ascertainability and class notice, the risk that plaintiffs wouldn’t be bound by an adverse outcome, and manageability problems regarding the statute of limitations. Indeed, it is extremely rare to defeat class certification based on superiority-related grounds.

MCC: The vigorous enforcement efforts of the Federal Trade Commission, Consumer Finance Protection Board and other agencies focused on various slices of the consumer protection bar keep many of our readers up at night. What are your clients worried about, and what should they be worried about?

Marder: One issue clients are worried about is the potential impact of an FTC investigation for potential consumer fraud. Even a meritless FTC investigation can spur follow-on class action litigation and reduce the likelihood of an early dismissal or settlement.

More recently, many clients are especially worried about privacy and data breach class actions, which are a steadily growing threat to companies. In particular, the proliferation of interconnected appliances and devices – a.k.a. the “Internet of Things" – is creating a new battleground for class actions involving a host of issues, ranging from data privacy, fraud and hacking concerns.

Companies should also be worried about retention of documents and, in particular, electronically stored information. Companies need to have adequate policies and procedures for the maintenance of various types of electronic data. This has increased in complexity as companies and employees oftentimes store information in the cloud and use more devices for work purposes.

MCC: BTI Consulting, which surveys corporate counsel, has predicted fewer pending litigation matters overall but a surge in bet-the-company cases. Other surveys of in-house counsel seem to confirm this. As someone who handles his share of major matters, what are you seeing today and what do you expect to see tomorrow?

Regardless, the defense bar has many tools in its belt to achieve early dismissal at the pleadings stage, to challenge class certification or to prevail on summary judgment.

Indeed, in just the last year, I’ve achieved dismissals at the pleadings stage in several cases, including the dismissals of consumer fraud cases for lack of Article III standing. In several cases, dismissal was without leave to amend, resulting in a complete victory for my clients.

Going forward, a few of the key battlegrounds will continue to be over the Article III injury fallout from Spokeo, the circuit-to-circuit evolution of case law on ascertainability and the myriad issues implicated by the rise of the Internet of Things that I mentioned earlier.

MCC: What is the single best piece of advice you’ve ever received about handling major litigation?

Marder: When it comes to any litigation, and not just major litigation, the best piece of advice I have received from one of my mentors is twofold:

One, never underestimate your adversary and always be over-prepared. While great lawyers are great on their feet, those who depend too much on their oratory skills rather than thorough preparation will quickly lose credibility with the court – no matter how experienced a trial lawyer they may be.

Two, surround yourself with a strong team. To win, you need to not only be well prepared but also exceptionally talented in all facets of a case. This requires close collaboration with the client and your colleagues. 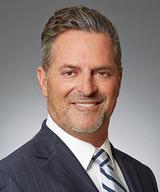 You know the feeling when you open a family-size box of candy – that you are not planning to share – and find it only about half full? Sure, the weight of the box and the pronounced rattle that could only be possible with...

Zut Alors! Class Actions Have Landed in the EU: The U.S. Chamber of Commerce surveys 10 states

The legal industry has gone global. You already knew that. The proof has been abundant for some time. But if anyone had lingering doubts, a report issued in late March should lay them to rest. It’s called The Growth of Collective Redress in the EU: A Survey of Developments in 10 Member States...

SEE ALL ARTICLES ON Class Action