The Lure Of India: Foreign Investment And Investment Treaty Arbitration

India seeks to attract foreign direct investment. But foreign investors are wary of embarking on capital-intensive projects in India, fearing adverse governmental action once their costs have been sunk. The Indian courts are not an option for foreign investors, given the backlog and potential for anti-foreign bias. However, there may be a “new” form of dispute resolution available to foreign investors. Over the past fifteen years, savvy MNCs have been actively exploring the use of investment treaty arbitration, brought under international law treaties such as bilateral and multilateral investment agreements, to arbitrate their disputes directly against the government. Some arbitral tribunals have rendered awards in favor of foreign investors for violations of international law to the tune of billions of dollars. India is no stranger to these arbitrations, having received at least a dozen notices of arbitration in the past three years. Investment treaty arbitration is a powerful tool in the arsenal of MNCs and foreign investors investing in emerging markets. In-house counsel need to know when and how to avail of this means of dispute resolution, especially when considering an overseas investment in emerging markets such as India.

A Dialogue Between India and Foreign Investors: It is clear that India wants to attract foreign direct investment (FDI). Indian Prime Minister Narendra Modi, elected on May 26, made overtures during his election campaign that he wished to recreate the miracle decade of 2000 to 2010 (during which India’s gross domestic product grew at an annual rate of nine percent) by increasing the inflow of foreign investment into the country, tackling corruption and reducing bureaucratic red tape. Certainly, India wants to stem the downward trend in its economic growth prospects. In the last few years, India has slipped in the global competitiveness rankings of the World Economic Forum by 11 places to just 71st in the world (it is the last of the BRICs), and it has moved from 131st to 134th in the “Doing Business” report prepared by the World Bank.

Prime Minister Modi knows the importance of FDI. During his long tenure as chief minister of the Indian state of Gujarat, Modi courted foreign multinational companies, convening conferences for international investors that he called “Vibrant Gujarat.” Recently, in late September, Prime Minister Modi met with President Barack Obama and courted heavyweights in U.S.-India political and economic relations during his trip to Washington, DC and New York.

This is not a one-way courtship. Foreign investors have long set their sights on India. But while they are opportunistic, they are not short-sighted. India may be in the process of reducing the barriers to entry of FDI. For example, last year, the government amended its FDI policy to increase the amount of foreign ownership permissible in crucial sectors, such as telecom services and the railways sector. But foreign investors need to think about both the front and back ends of a project: in particular, what happens if the project goes south after the investment has been made and a dispute arises, either with another private party or with the Indian government? Battling over such matters before the Indian courts is not a viable option. It is generally acknowledged that the Indian judiciary suffers from a tremendous backlog. And there may be concerns of bias when the adversary is the Indian government.

What About Investment Arbitration to Resolve Disputes? In arbitration, parties agree to submit a dispute to a third party, such as a sole arbitrator or a tribunal composed of several arbitrators, to resolve. Typically, the agreement to arbitrate disputes is found in the contracts entered into by the parties. However, more recently, foreign investors who have found themselves aggrieved by actions taken by governmental authorities (whether executive, legislative or judicial) have been relying on bilateral investment treaties (BITs) entered into by states all over the world to initiate arbitrations directly against a government, claiming that the alleged wrongdoing by that government violates international law.

Investment treaty arbitration is regularly in the news. Rarely a month goes by without a headline that some MNC is owed millions, if not billions, of dollars from a government for violations of international law codified in international legal instruments called BITs or multilateral investment agreements (MIAs), such as NAFTA. Just three months ago, an arbitral tribunal held that the Russian Federation breached its international obligations under the Energy Charter Treaty by destroying Yukos Oil Company and appropriating its assets. To make up for these international law breaches, the tribunal has ordered the Russian Federation to pay Yukos US$50 billion in damages. Yes, you read that number correctly: US$50 billion.

These damages figures are making stakeholders sit up and take notice. International law has never been more relevant to MNCs, who want to invest in large, capital-intensive projects in different parts of the world, but fear adverse governmental action once they have made their investment. This is where BITs and MIAs enter the picture. Since Pakistan and Germany entered into the first BIT in 1959, collectively, states all over the world have concluded about 3,000 BITs that guarantee protections to investments made by investors. Although each BIT is different, typically, they grant qualifying foreign investors who have made an investment in another state certain international law protections, such as: (a) denial of most-favored treatment (i.e. the state treated the investor less favorably than it treated investors from other states); (b) the state denied the investor’s investment fair and equitable treatment and full protection and security; and (c) the state expropriated the investor’s investment or imposed measures tantamount to expropriation, without the payment of prompt, adequate and effective compensation. A critical feature of these BITs is that they typically entitle an MNC to arbitrate its dispute directly against the government, meaning that it does not have to go to the local courts, which many foreign investors consider to be an unfair playing field. Another advantage is that the dispute is governed by international law and not domestic law, which can change summarily.

Investment Treaty Arbitration and India: India is no stranger to these BITs. India started entering into BITs in the 1990s as part of its campaign of economic liberalism. Since the mid-1990s, India has signed over 80 BITs, most of which have entered into force. For the most part, these Indian BITs did not receive much attention. Then, in 2011, the first known BIT arbitration in which a foreign investor prevailed against the Indian government came to light. In White Industries v. India, an arbitral tribunal found that the delay by the Indian courts in enforcing a commercial arbitration award received by an Australian mining company against Coal India, an Indian government-owned entity, breached the Australia-India BIT. The arbitral tribunal found that the protracted delays in the Indian courts had led to a situation where the Australian mining company had been denied “effective means” of asserting claims and protecting its rights in the Indian courts.

In the three years since the White Industries award became public, BITs have been in the news in the Indian press. The United Nations Commission on Trade and Development recently reported that there are at least 12 known claims against India, making it 11th in the list of countries facing numerous investment treaty arbitrations. These claims have been brought in a wide variety of contexts. Some relate to taxes. For example, Vodafone filed for arbitration on April 17, 2014, under the Netherlands-India BIT, challenging the legislation that taxed its acquisition of Indian assets from Hutchison Telecommunications International in 2007, which imposed more than US$2 billion in tax on the transaction. Some relate to the cancelled 2G licenses following the Supreme Court’s decision to overturn the results of an earlier spectrum auction that had been shrouded in allegations of governmental corruption.

And others relate to cancellation of contracts and national security. For example, Germany’s Deutsche Telekom filed a treaty claim over the cancelled satellite venture with Antrix Corporation, the marketing arm of the Indian Space Research Organization, to lease capacity on satellite-based electromagnetic spectrum with the commercial objective of providing multimedia services to Indian consumers. India cited national security reasons for withdrawing from the venture, although others suggest that the cancellation resulted from a broader political backlash against foreign investors in India’s telecom sector. All of these claims against the government are in the range of millions and billions of dollars.

These high-profile arbitrations have made the Indian government vigilant. The first question on its mind is whether it should modify or terminate the BITs that it signed in the 1990s. But India cannot just wipe the slate clean by terminating these treaties with immediate effect. Most BITs, including the India BITs, provide that termination will go into effect only after a specified period of time, such as 15 or 20 years, protecting existing investments in the interim.

The second question on the government’s mind is what to do about future BITs. India has been negotiating a BIT with the United States and a free trade agreement (that will contain an investment chapter) with the European Union for the last several years. But the negotiations have stalled as the Indian government considers the content of the next generation of the BITs into which it enters. One of the critical issues on the government’s agenda is how to revise the dispute resolution clause so that its national courts retain some degree of judicial review over breaches claimed by foreign investors under the treaties. But this will be difficult for the U.S. and other negotiating partners to accept. Most states – especially capital-exporting states – view the arbitral dispute resolution mechanism provided for in most treaties as a critical feature.

MNCs must take into account investment treaty protection when structuring their investments overseas. Foreign investors who enter into long-term relationships with the government and its state-owned entities by making investments in the life sciences, telecom, natural resources and infrastructure sectors will remain wary and hesitant unless the aspects of transparency and stability inherent in successful governance are guaranteed. BITs can provide comfort to foreign investors as they demonstrate that the government is willing to secure their rights not just under domestic law but also international law. And they know that a government cannot unilaterally terminate the international law protections found in these BITs, while domestic law could change at a moment’s notice.

Thus, it is essential for in-house counsel to think about investment treaty structuring (or restructuring) as early as possible in the life of the company’s investment (For the most part, BITs define investments broadly, and even cover protection of IP rights as a form of investment.) Not all BITs are equal. Therefore, it is important to seek advice on which investment treaty may provide you with the most protections. In this way, MNCs can ensure that they are taking advantage of the investment opportunities in India or other emerging markets, while at the same time maximizing the international law safeguards available to them. 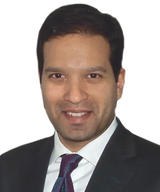