Lessons From the Coaching Launch: The X Factor

The connections between sports and the working world are far from tenuous. In fact, there are many overlaps. For example, from a management perspective, the role of the coach and the general counsel are very similar when it comes to leading their teams. A coach must be a teacher, mentor and counselor, leading by example, actively listening and communicating effectively, and setting expectations. Sound familiar?

The best coaches, like those leading their athletes into the upcoming Tokyo Olympics, take the time to observe and get to know each athlete. Understanding an athlete’s strengths and weaknesses and how they can improve their training to address their weaknesses or use their strengths to their advantage is paramount. In rowing, which I’ve coached for years (though not at the Olympic level), spring races start with a race sequence – a number of short strokes that transition into intense and high-rating strokes. As a coach, if I know my crew has a good start sequence, we will plan around that and try to get out in front of the pack early. If the crew’s start sequence is less strong, we will emphasize different parts of the race, such as a final sprint at the end.

In the context of an in-house legal team, it is equally important to know, understand, and be able to discuss strengths and weaknesses with members of the team, and also to deploy the legal team with an eye toward individuals’ strengths and weaknesses. Examples of the practical use of evaluating strengths and weaknesses abound. Do you have a direct report who showed leadership strength on a project and may be able to take on more of a leadership role? Is a member of the team a weak public speaker who could benefit from a public speaking seminar? Look beyond the titles and job descriptions and toward the skills of each of your employees, and find a way to harness their strengths while improving or minimizing their weaknesses.

As a coach, your understanding of your athletes is necessary for individual improvement. However, you likely also realize that what you glean from observation or testing does not always predict performance. There are certain “X factors” that sometimes intervene.

An X factor is defined as “a variable in a given situation that could have the most significant impact on the outcome.” The two main X factors I see as a rowing coach are team dynamics/chemistry and the power of belief.

More often than you might think, putting the four fastest people in a rowing shell together does not lead to the fastest boat. Why? There may be other groupings with more of a shared trust and belief in each other, or they may just have an unspoken ability to work well together – something that does not appear on objective tests and is hard to quantify. That is what makes team dynamics an X factor. Even shifting a rower’s position in the lineup or boat from one seat to another can have a profound effect.

When filling a position in a legal department, some recruiters often talk about getting “the best athlete,” which is obviously a good approach. However, most general counsel are wise enough to know that, as with rowing, it is often the lineup and not the individual athletes that are critical for success. In other words, create a true team; don’t just collect the best individual athletes.

Once you have your team in place, don’t be afraid to make adjustments. Changing an athlete’s position or role on the team can often have a great impact, and this lesson can make a big difference with your in-house team as well. You may have hired an attorney for one role, but if you find that they have a different strength, it may be beneficial to the department to find a way to utilize that ability in another area or role. Just as in sports, the same player might have more of an impact on another team within your organization or in another role with slightly different responsibilities. Do not be afraid to consider whether you are utilizing your employees in the structures where they will be most successful. For example, do you have a regulatory attorney working on compliance issues? If so, would it make more sense to build out a separate compliance team, thereby allowing the regulatory team to focus on their core mission? Or does one of the attorneys on your strategic alliance team show an aptitude for business development? Giving that individual a hybrid legal/business development role may make both the legal and business development teams function better.

Regardless of how you implement this advice on a micro level, make sure that, on a macro level, you are focused both on your team members as individuals and on the team dynamics overall. Just as Olympic rowing teams, for instance, work better when they are all striving for the same goal, so too should your in-house legal team be a team in the fullest meaning on the word.

This brings us to our other X factor: the power of belief. As with team dynamics, the power of belief can be of great significance at times. As a coach, I often have athletes thank me for believing in them, or even say that it was my belief in them that made them think something was possible that otherwise seemed impossible. What they are really saying is that they were able to convert my belief in them into a belief in themselves. Once they had that belief or confidence, it became a motivator that allowed them to unlock what coaches often call “another gear” (like shifting a manual transmission from first to second gear). Athletes can often exceed expectations or internal boundaries just through belief.

The idea is that if you believe in yourself, you will be more confident, and then others will invariably believe in you too. A positive environment can have a great effect when coupled with a leader demonstrating a belief in their team. If there are areas that are beyond a team member’s experience, show them that you are confident that they can learn those areas, and explain what other experience or skills they already have that will allow them to do so. Whether you are coaching an Olympic-level rowing team or leading a legal department through the multifaceted challenges of the COVID-19 pandemic, the confidence instilled in the team from the top down will be crucial in setting and achieving the group’s short- and long-term goals. 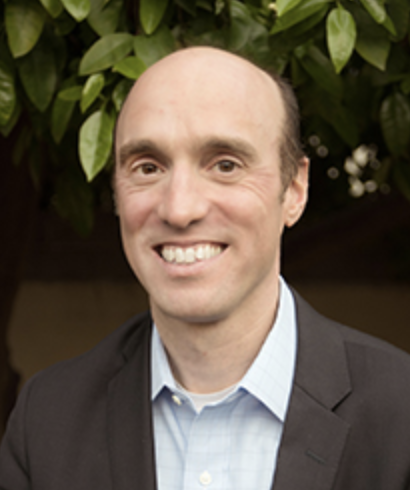 Rolling with the Pandemic and Beyond

TBT: Influencing and Forming the Future Woman Leader . . . Like a Girl

Girl Scouts of the USA

This Monday, CCBJ hosts our 4th Annual 'Women in Business & Law" event in Tarrytown, NY. In this #ThrowbackThursday interview from 2019, Jennifer Rochon, the first-ever General Counsel of the Girl Scouts of the USA, discusses her role with the iconic institution, and how the organization is remaining on the cutting edge in the 21st century.