Editor: Tell us about your current activities.

Taylor: I was a Canadian diplomat abroad for roughly twenty-five years and served in a number of posts around the world including Guatemala, Detroit, Pakistan, London, Ottawa, Tehran and New York. In that role, I was involved primarily with the promotion of Canadian exports and services. I resigned from the Foreign Service in 1984 and joined Nabisco Brands, which then became RJR Nabisco, where I served as senior vice president for six years until the change in control of RJR Nabisco. While in that role, I was involved with the international trade interests of Nabisco Canada and served on its board. Both in my government and private sector roles, I’ve spent many years involved with Canada’s international trade.

Editor: Perhaps you could give us a view of what you consider the most important, recent developments in Canadian exports.

Taylor: Canada is a country that has continued to show measurable gains, both in growth and national income. NAFTA (North American Free Trade Association) and prior to that the Canada U.S. Free Trade Agreement were instrumental in making Canada more globally competitive.

Editor: I understand that Canada is a great source of energy for the world.

Taylor: Canada is a more diversified economy than just the oil and gas industries. It includes big timber, newsprint, copper, zinc, and coal and iron ore. Australia is very similar. Canada has very successfully diversified its exports. We don’t want to be solely dependent on commodity prices overseas and don’t want to be a one-export economy.

Editor: Are there any industries that have been growing rapidly in recent years?

Taylor: Like a number of advanced countries, our high-technology (including communications) industries have been thriving. Not only do we have BlackBerry and did have Northern Telecom, but we also have successful firms in the pharmaceutical, chemical, medical research, film and other industries.

Taylor: They are very competitive with those of other countries involved in global markets. The Canadian corporate tax rate is about 15 percent while the U.S. rate is about 35 percent.

Editor: What is the government doing to stimulate investment in Canada? Are there deals available for companies?

Taylor: Canada provides a broad range of incentives. Come and explore. There is an export development corporation, which encourages exports. For a medium to small-sized country, our resources are significant and support an active export market. Because we need to look beyond our borders for buyers, Canada is currently expanding the number of trade agreements with other countries. We are looking for new markets abroad that show a good potential for the future.

Editor: What is Canada doing governmentally to stimulate its technology industries?

Taylor: Canada and its provinces offer industrial research grants, university grants, and some funding for start-ups. These are similar to the incentives offered by governmental authorities in the U.S., Australia, Sweden and the UK.

Editor: Do the Canadian provinces compete to attract business?

Taylor: Yes. Canada’s 10 provinces compete to attract business. There is a certain amount of provincial protection, which the federal government is hoping to minimize. We do have regional unemployment -- our Maritime Provinces have a slightly higher unemployment rate than say Alberta. Ontario actively encourages automotive companies to establish their plants in Ontario. In a way it is similar to the effort of southern states in the U.S. to attract the automotive industry there.

Editor: Talking a little bit about Argo; that had to be a very stressful time for you.

Taylor: It was a rather unique time in diplomacy. Argo was a very entertaining movie. It epitomized the close relationship between our two countries where Canadians took great risks to protect their American friends. I’ve always felt confident when I was abroad that if something like this happened that the U.S. embassy would offer us the same sanctuary as we did for U.S. diplomats.

Editor: I think that if there was anything that would cement our relationships with Canada, it would be that film.

Taylor: The Iranian saga made clear that we have common international interests. During that time, I worked very closely with the State Department, the CIA, the Pentagon and the White House along with my colleagues in Ottawa to alleviate the situation, to bring a about a resolution of the hostage crisis, and to set the stage for eventually establishing better understanding between Iran and the West.

Taylor: Canada is outward-looking in terms of policy. I believe that wherever NATO (North Atlantic Treaty Organization) or the UN is active and needs our help, we will be involved. We are making a strong effort to bring some sense to the Ukraine. The Canadian Air Force played a role in Gaddafi’s removal in Libya and in protecting Afghanistan.

Editor: I understand there’s a very fine higher education system in Canada that turns out a lot of very good people.

Taylor: What’s changed over the last thirty years is that today Canadian universities offer far more post-graduate degrees than they did in the past. Previously, post-graduate education focused on the U.S.

Editor: Has the bilingual nature of Canada been helpful in cementing international relationships?

Taylor: Yes, but that goes beyond French and English. We have had such remarkable growth of immigration in Canada since World War II that we have a growing population who speak a language in addition to those languages. This enables them to operate even more effectively overseas. Toronto is one of the world’s most diversified cities in terms of second-generation Canadians being fluent in third languages.

Editor: Immigration into the United States has become a fairly touchy political issue. Does Canada actively invite immigrants to come there?

Taylor: We are actively seeking to attract those from abroad who would like to come to Canada and become citizens. It’s a very active program that is very similar to those in Australia and the UK.

Editor: Canada seems to have a very stable system of government without the tensions that we see in the United States between the various branches of government. How do you account for that?

Taylor: Our parliamentary system has its own shortcomings but it provides stability. I think investors like the idea of the stability that Canada offers.

Editor: Tell us about Canada’s recent commemoration of the 100th anniversary of the start of the First World War.

Taylor: Canada was involved, and when you look back, we were even involved to some extent in the Boer War. We were involved in the First World War, the Second World War, the Korean Conflict, Afghanistan, and in recent peace-keeping efforts. You name the conflict, we were there.

Editor: Ken, how would you sum up your feelings about Canada?

Taylor: We have a stable government. We’ve got a healthy resource base. We are becoming a more diversified economy and are looking internationally for growth. For example, the TD Bank Group (Toronto’s Dominion Bank) is well on its way to becoming the third-largest retail bank in New York City. We use our enterprise and ambitions to look abroad. That’s where our future rests. 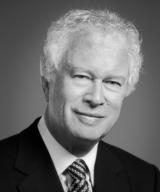 Competition Law In Canada Since The 2009 Amendments

Editor: Let’s put the issue of “convergence” at the beginning of this interview. In your view, are our two countries on a path to harmonization in Competition Law? Or are there simply some points of administrative similarity? Collins: I do think that Canada and the U.S. are...

Editor: Welcome, Tim. Please tell us about REGEN Energy. Angus: REGEN Energy was established in 2005. We have been selling a developed and patented market offering since 2008, and North America is a strong market for us. A leading-edge technology company, REGEN offers solutions that enable...

Views Of A Key Spokesman For Canadian Business

Editor: Please tell our readers about your illustrious background as Deputy Prime Minister of Canada as well as serving in the portfolios of Industry, Foreign Affairs, and Finance. During what time period did you serve and under which Prime Minister? Manley: I was a member of Canada’s...

SEE ALL ARTICLES ON Canada