Is The ITC Right For Your Patent Enforcement Actions?

Editor: Fish & Richardson is the top firm practicing before the ITC with 25 percent of all active cases. Tell us about your ITC practice.

McKeon: My ITC practice focuses on representing high tech companies - both complainants and respondents - that are embroiled in significant patent disputes. These are cases where annual imports valued in billions of dollars are at risk. There is a lot riding on the results, so you need a steady and confident hand at the helm in order to succeed there.

Lawyers who specialize in the ITC go to trial a lot. Less than five percent of most district court cases go to trial. In the ITC, over 50 percent go to trial. You have to be trial ready and never think that your case will settle early. For example, I represented Hynix Semiconductor in an ITC case in which Toshiba sought to exclude all of Hynix's Flash memory from entry into the U.S. as well as the downstream products of Hynix's customers. Despite the fact that the dispute involved risk to billions of dollars of imports and that other companies had previously licensed the portfolio in substantial deals, we refused to settle. Hynix prevailed at trial and was able to negotiate a much more favorable license deal because of its ITC win.

ITC cases are also often part of multiple, concurrent cases involving the same parties, which must be strategically managed. For example, I am representing Samsung now (including Samsung customers like Apple) in an ITC case in which Spansion seeks to block the U.S. entry of Samsung Flash memory chips and all devices containing those chips made by Samsung or Samsung's customers. This dispute alone involves multiple ITC cases and three district court cases.

Since trial is so likely in the ITC, you have to optimize your chances of success and minimize your risk/exposure if you are not successful. When I am representing an ITC respondent, I start on "day one" considering whether alternative designs could reduce my client's risk and perhaps facilitate early resolution. For example, I represented a Dutch company that imported fiber optics manufactured in a very sophisticated process. Corning filed an ITC complaint seeking exclusion of my client's substantial volume of imports. My client made a slight tweak to its manufacturing process to avoid the patent issues, and we filed a summary determination motion within the first 45 days of the case. Once the design-around was introduced, the value of Corning's case evaporated and the case quickly settled. Editor: The ITC has become a popular forum for high tech companies seeking to protect their products from patent infringement. What is the appeal?

McKeon: The big payoff with ITC cases is the remedy you get if you win. There really is no remedy like an ITC "exclusion order," which directs the U.S. Customs & Border Protection to exclude infringing products from entry into the U.S. No matter what your case objective is - securing licensing revenue or hitting your competitor's market share - the exclusion order is the nuclear option of weapons in your arsenal.

For example, our client Genesis Microchip, a Canadian company that makes interface chips for flat panel monitors, was losing market share to Taiwanese competitors that weren't investing in technology. We filed an ITC complaint and obtained an exclusion order that precluded importation of the infringing chips and the downstream monitors that contained those chips. Customers quickly returned to the licensed supply chain, and our client's competitors did not survive long after that.

The ITC's popularity is also driven by its speed. Trials occur about seven to nine months after filing a complaint and cases are often over in about 16 months. Also, the rules governing the proceedings are well understood and reliable. You also get the patent expertise of the ITC's six administrative law judges and the judges actually like and embrace patent cases as part of their important docket. In-house counsel want certainty in schedules, procedures, and costs, which the ITC delivers.

Lastly, the ITC's reputation as only a place available to U.S. companies with domestic industry has changed. While there is still a domestic industry requirement, the threshold and standard for satisfying that requirement has loosened. Last year, about 35 percent of all ITC cases were filed by a foreign company. In many cases, I represent a foreign company against another foreign company or a foreign company as a complainant seeking to exclude the imports of a U.S. company. I am currently representing LG against Vizio (a U.S. company) in three different ITC cases. In two of those cases, LG is a complainant and LG is seeking to exclude Vizio's (and its foreign supplier's) substantial imports of digital TVs. We recently obtained a favorable ITC decision finding infringement by Vizio and recommending the issuance of an exclusion order.

Editor: What makes a case a good candidate for the ITC?

McKeon: The ITC is most effective when the bulk of the infringing products are coming into the country as imports. Also, the ITC can invoke jurisdiction just over products without persons, which means there are no prolonged fights about process serving or complex personal jurisdiction issues. The complaint is simply sent by overnight mail and the ITC case is started. This is true even if the foreign party has never stepped foot in the U.S. The ITC is also ideal when you have many infringers (even with different products) you want out of the market. While this is a new issue for the district courts in the context of Non-Practicing Entity (NPE) cases, the ITC has been handling such cases well for decades.

If the primary objective of your case is to seek damages from accused infringers, the ITC is not a good forum. Damages are not an available remedy in the ITC. While damages can be sought in a companion district court case, such district court cases are normally stayed pending conclusion of the ITC case. Also, if you have a patent that presents a very clear and straightforward design-around for the targets, an ITC case may not make sense because the infringer may be allowed to import those re-designed products even if you win the case and obtain an exclusion order.

Editor: The ITC seems to be evolving its approach to injunctive-type relief against infringing products, including "downstream" products. What's happening now around this issue?

McKeon: A few years ago there was an ITC case, known as Kyocera, involving Qualcomm and Broadcom that ended up at the Federal Circuit. Broadcom had filed an ITC complaint naming only Qualcomm and sought an exclusion order precluding U.S. importation of Qualcomm's 3G baseband chips used in wireless devices and all "downstream products" like mobile phones. The fact that Broadcom did not name Qualcomm's customers was normal at the time of this case; it was not necessary because any resulting exclusion order would cover the customer's downstream products in addition to the chips themselves. The problem was that Qualcomm was virtually the exclusive supplier of these chips for 3G mobile networks and devices. Thus, an exclusion order directed at devices containing Qualcomm's chips would have been a devastating blow to the entire 3G industry including network providers like Verizon and Sprint and mobile device manufactures. This was not a typical case in which the users of Qualcomm's chip could simply switch suppliers - there were no other suppliers.

Midway through the case, providers and manufacturers sought to intervene in the case, including my client LG Electronics. Despite the devastation that would be caused by an exclusion order, the Commission issued the order anyway. We sought and obtained an emergency stay at the Federal Circuit and in the end convinced the Federal Circuit that, other than very limited circumstances, the Commission did not have the statutory authority to order the exclusion of downstream products with an exclusion order if the party whose products are excluded was not named as a respondent by the complainant. In addition to being an enormous victory for my client LG Electronics, this was a significant change in the law.

Editor: Are there any other challenging issues you are helping your clients navigate at the ITC right now?

McKeon: One current issue is whether NPEs can be, or should be, permitted to litigate in the ITC. In order to file in the ITC, there must be a domestic industry in the U.S. with respect to the asserted patents. Years ago the statute was amended to say that licensing activities with respect to the patents can be a basis for domestic industry, mostly to ensure access to the ITC by research institutions and universities. NPEs are now using that to invoke the authority of the ITC and to request exclusion orders as part of their licensing campaigns. The Commission recently issued an opinion that indicated legal fees incurred in enforcing patents as part of a licensing program can be part of the consideration of whether a domestic industry exists.

Editor: Any other advice for in-house counsel who might be considering an ITC action?

McKeon: Consider the ITC as a possible venue in all your enforcement efforts. The advantages of remedy, speed, and predictability are overriding factors that all in-house counsel value. You also need to hire experienced ITC counsel that have an in-depth understanding of the forum. While there are similarities with district court practice, there are many aspects of ITC cases that are completely different and that present wholly different strategic considerations. 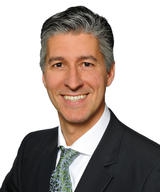