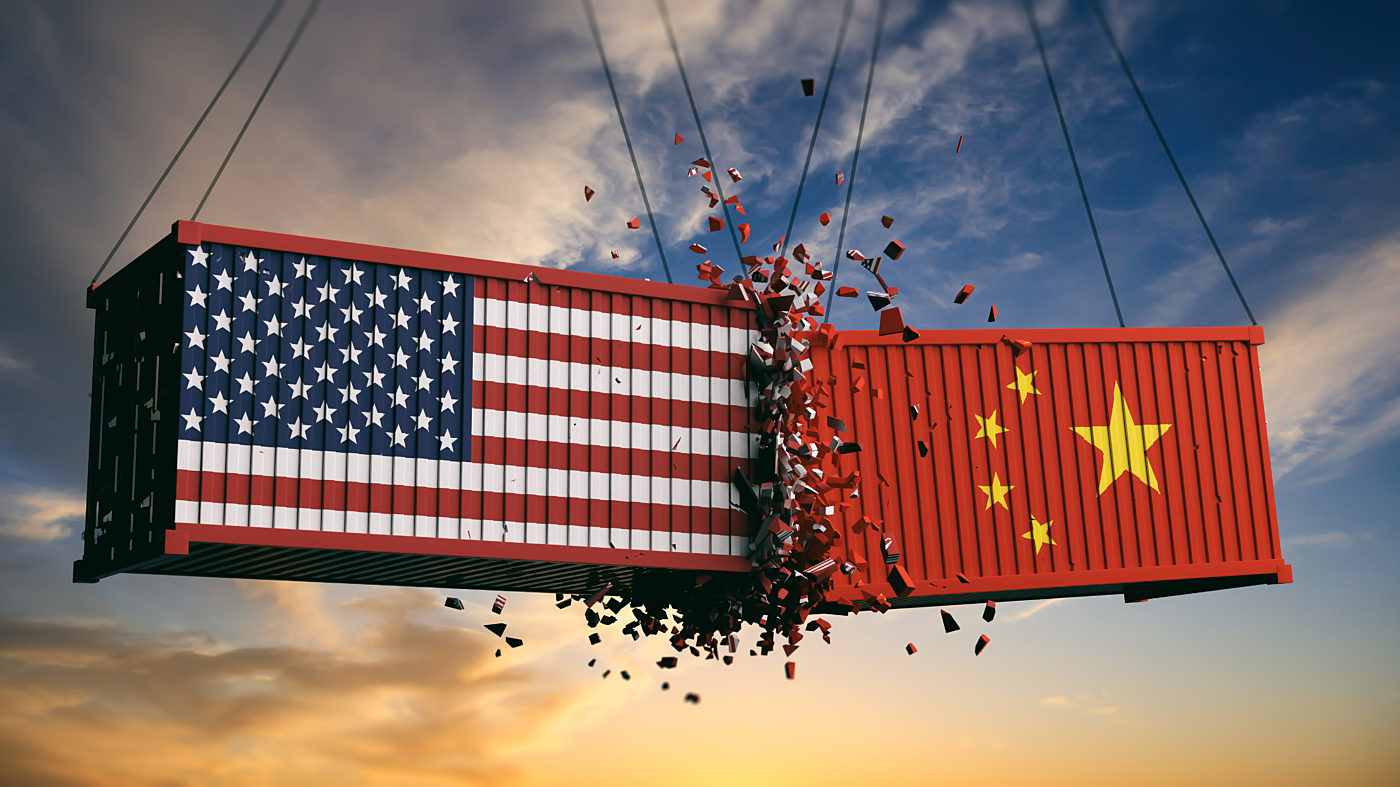 CCBJ: Your practice, straddling D.C. and Hong Kong, seems perfectly positioned for companies in need of trade guidance. Tell us what you’re seeing from your very unique vantage point.

Tatman Savio: It is certainly a very challenging time for both U.S. and non-U.S. companies. In particular, Huawei’s designation on the Entity List – a restricted party list administered by the U.S. Department of Commerce’s Bureau of Industry and Security (BIS) – has made it a difficult and high-risk proposition for companies to engage in business with Huawei and its other listed affiliates.

As you would imagine, this export ban is acutely impacting U.S. companies whose export activities are often subject to the jurisdiction of U.S. export controls in the Export Administration Regulations (EAR). However, it is also affecting non-U.S. companies whose activities may be subject to the EAR because they ship items from the United States or incorporate certain levels of sensitive U.S.-origin items into their foreign-produced items. The fact that the export ban covers not only hardware, but software and technology, also makes it more difficult to manage.

With respect to Huawei, I’m seeing companies on both sides of the Pacific grapple with the export restrictions. Both U.S. and non-U.S. companies are conducting reviews to determine whether items are subject to the EAR and whether a proposed transaction with Huawei would fall under a temporary general license issued by BIS to allow for some limited export activities. I’m also seeing non-U.S. companies grow increasingly concerned about the ways in which the U.S. government might take enforcement action against them in the broader context of the trade war. These companies are very focused on implementing audit and other review measures to ensure that they are operating in compliance with U.S. law. Many are also working to develop and improve their trade compliance programs to address any applicable U.S. law requirements.

There has been much activity around CFIUS in recent months, including efforts to add transparency to what seems to be a mysterious process. How are you counseling clients given the undeniable impact and ongoing uncertainty surrounding this key regulatory body?

CFIUS has always been a complex area of law, given the wide discretion that the Committee has had to determine jurisdiction over covered transactions, as well as to decide what constitutes an unmitigated national security risk. Given that CFIUS has historically been a voluntary process, with companies obtaining clearance in order to safeguard against CFIUS concerns about a transaction post-closing, companies have traditionally taken a risk-based approach to this foreign investment review process.

The passage of so called CFIUS reform legislation, the Foreign Investment Risk Review Modernization Act (FIRRMA), in August 2019, has resulted in many important changes to the regime, some of which have gone into effect and others that will be implemented with final regulations by February 2020. With respect to transparency, FIRRMA does codify some informal practices of CFIUS. These changes mean that some of CFIUS’s rules and requirements are now clearer, which will allow companies to be smarter and more realistic about transaction planning.

The biggest change that we are currently seeing as a result of FIRRMA is the implementation of the recent pilot program, which requires mandatory review of certain transactions involving critical technologies in particular targeted industries. Since November 2018, when the pilot program went into effect, we have been helping companies navigate new interim regulations to determine if they have a mandatory CFIUS filing obligation. We are also continuing to advise companies regarding the application of the pre-FIRRMA CFIUS regime, which remains in effect in the absence of FIRRMA implementing regulations to supersede it.

International trade was once a much more sedate practice. Tell us how your practice has changed over the years as trade has come out of the wings and taken global center stage for politicians and press alike. Has that changed your approach to dealing with clients and to building your practice?

In the thirteen years that I’ve been practicing in this area, I’ve never found it to be sedate! However, you are correct that the areas of law in which I focus – export controls, sanctions, the FCPA and CFIUS – have taken center-stage in the past several years with high-profile enforcement actions and headline-making deals.

The combination of the U.S. government’s increased focus on these areas of law and the developing understanding of non-U.S. companies that U.S. law may have extraterritorial application to their activities has translated into greater opportunities for lawyers in our international trade practice and our firm as a whole. For me, it’s meant that I’ve been able to build a legal practice in Hong Kong focused on helping Asian companies navigate U.S. trade law issues entirely outside of the United States. When I relocated from Akin Gump’s Washington, D.C., office to our Hong Kong office in 2015, I was very focused on working with the foreign subsidiaries of our U.S. clients. However, the majority of my client base is now foreign companies, including Chinese, Japanese, South Korean and Taiwanese companies, that are concerned about U.S. trade law issues, even though they may have very limited, if any, U.S. operations.

The longer the U.S.-China trade war drags on and the higher the stakes become‚ the more likely it is that U.S. and other firms will relocate manufacturing operations to other countries like Vietnam‚ Taiwan and Mexico. In the meantime‚ it remains to be seen whether the U.S. retreat from the Chinese market will be conducive to bringing about the market reforms and other changes that the Trump Administration wants or will only serve to
exacerbate the underlying issues resulting in the imposition of tariffs
in the first place.

If there is one issue regarding international trade that is not top of mind today for companies doing business internationally but will be tomorrow, what is it?

I think we are now in an environment where a multitude of trade issues are currently top of mind and must continue to be top of mind. Given the context of the trade war, and the confluence of economic and national security issues that we are seeing in the Trump Administration, companies are more switched on to these issues than ever before. The challenge will be sustaining this attention across multiple regimes over time as critical regulatory changes take place.

Between now and this time next year, there will be a host of new regulations with which to contend. For example, the Department of Commerce must issue regulations to implement a recent executive order on telecomm security by October 2019. These regulations will establish a new regime broadly regulating the acquisition, importation, transfer, installation, dealing in or use of information and communications technology and services from a “foreign adversary” on a per-transaction basis, with some characteristics of CFIUS and export controls. In addition, the Department of Treasury must issue regulations to implement FIRRMA by February, and the Department of Commerce remains in the process of considering imposing export controls on as-yet unidentified “emerging” and “foundational” technologies. Companies need to consider now how they will track and navigate these forthcoming changes.

Talk to us about due diligence. How do Akin Gump lawyers handle this critical aspect of getting deals done?

Due diligence remains a crucial aspect of any deal. In our purview of trade diligence, we cover export controls, sanctions and anti-corruption issues. We focus on performing screening and research to understand the potential risks presented by proposed transactions, and we often work closely with third-party business intelligence firms with investigative capabilities to develop a comprehensive understanding of the parties in a given transaction. In addition, we evaluate the existing trade compliance programs of companies that are the targets of investment, assess proposed transaction structures, and carefully review and mark up deal documents to address any potential international trade compliance liabilities. Moreover, in the context of private equity deals, in particular, we work on developing compliance policies for our clients’ portfolio companies to ensure forward-going compliance after the consummation of a transaction.

In addition, and often related to the foregoing, we also manage national security reviews conducted by CFIUS and advise on the impact of CFIUS reforms under FIRRMA. 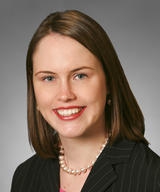 In House Warrior: What’s Next in China-U.S. Trade

What’s Next in China-U.S. Trade? Robert Lewis, a Beijing-based American lawyer, multiple book author, authority on Chinese and U.S. trade and senior international consultant with Chance Bridge Partners, speaks with host Richard Levick of LEVICK about tensions between the U.S. and China, what U.S. companies should be doing and what the U.S. and Chinese policies should be.