The findings in the KL Survey highlight the following developments and trends:

The Rise Of Profits Interests

The KL Survey shows that vesting periods are usually four or five years (52 percent and 34 percent of the programs in the KL Survey, respectively), typically with annual vesting (66 percent); most of the incentive equity programs provide for automatic and full acceleration of vesting upon a change of control of the issuer.

In the KL Survey, we found that over a majority of the compensation programs permitted holders of unvested incentive equity interests to participate in current distributions by the issuer. The distributions are typically placed in a set-aside or escrow account for the benefit of the holder and amounts are released to the holder when the corresponding incentive equity interests vest. In 67 percent of the cases where there is a set-aside or escrow account, interest accrues on the amounts that were subject to hold-back.

In both surveys, a company call right with respect to vested equity upon termination of service applies in almost all incentive equity compensation plans. A put right in favor of the employee is much less prevalent — appearing in roughly 20 percent of the compensation plans and often limited to “good” leavers. The repurchase price paid by the issuer is usually a function of the reason for termination, with a bad leaver (for-cause termination; resignation without good reason) often receiving less than fair market value (100 percent in the case of for-cause termination, but only 32 percent in the case of resignation without good reason) and a good leaver (termination without cause; resignation with good reason) often receiving fair market value for the vested equity interests. The employee put is usually at fair market value (71 percent in the KL Survey). In most cases, unvested equity interests are forfeited upon termination of service regardless of the reason for termination. If the equity interests are not repurchased by the issuer upon termination of service, in a majority of the compensation programs, the equity interests convert into passive economic interests resulting in a forfeiture of non-economic rights, such as voting rights, preemptive rights and tag-along rights. 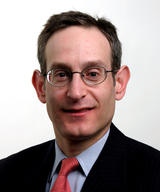 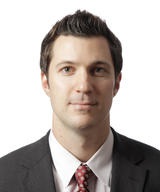