In House Warrior: Asian Companies in COVID-19 with Huhnsik Chung

Huhnsik Chung, partner with SQrBlock, speaks with Richard Levick, chairman of Levick, in this transcribed installment of the In House Warrior Podcast series.

Richard Levick: Welcome to In House Warrior, I'm Richard Levick on the daily podcast for the Corporate Counsel Business Journal. And with me again is Huhnsik Chung, who's a partner with SQrBlock. Huhnsik, it's good to see you again.

Huhnsik Chung: Good to see you as well, Richard.

Levick: So, last time we had you on the show, we were talking about blockchain and technology issues and some of those challenges. Today, we're going to get a little more personal. We're in the middle of the pandemic. Increasingly, it's being blamed on China by some aspects of the political spectrum. I was hoping you could talk a little bit about your background, and bring us up to speed on your perspective.

Chung: Sure. Happy to do that. I came to the States from Korea when I was nine years old. I have a brother, a younger brother, who was seven. We grew up out in Queens, and the Korean immigrant story really back in the 70s focused on fruit markets and grocery stores because while my father was an engineer and mother a pharmacist, they couldn't very well get jobs in the US. My mom was not licensed in the US, and they had difficulty speaking English. So ultimately, we had a grocery store. It was called the Olympic Grocery Store out in Queens, and we essentially ran a Greek Korean grocery store-

Levick: With the best Kosher corned beef sandwiches in the area, right?

Chung: Absolutely. I needed this. And in essence, what drew me to the law was ConEd coming into our store and deciding to shut us down, alleging that we were stealing power. Of course, we had no idea how the meters were read. We never touched the meters. And that ultimately resulted in a three-day shutdown. And of course, we're frantic because the milk was going bad, ice cream all melted, all of our frozen items were no longer sellable, and ultimately led to an arbitration where ConEd tried to recover penalties against us.

And the most difficult thing at that time was an issue of representation. We're a Korean-speaking family. In terms of sort of representing what happened from a witness perspective, I was the starring witness. I sort of represented our perspective on what happened, which was essentially we didn't do anything wrong. Our bags were put against the wall. We went to arbitration with an English-speaking American lawyer, as opposed to a Korean-American lawyer, because there weren't any Korean-American lawyers, and we prevailed. We won. But obviously, it left a mark on all of us. The family, to me, as well as my little brother. Because ultimately, we thought it was just so inherently unfair to be railroaded and accused of doing something so wrong, when in fact we didn't.

So ultimately, this led me to law school and then my brother followed law school as well.

Levick: Huhnsik, you're telling this extraordinary story, an American success story. Do you see some parallels with what you went through all these years ago and what you're seeing for both Chinese companies, but also companies that are of Asian derivative?

Chung: I think in light of the focus on the particular group, of course this goes back to what happens historically, what happened historically with respect to groups being identified as scapegoats to sort of focus on what should be addressed immediately, which is essentially therapeutics, personal protection and ultimately, how we can sort of safely go back and open up the economy. By the way, some countries have done that really well as we all know. And obviously, rather than addressing the shortcomings, we tend to sort of focus on excuses and causes for the current problem we have.

So, with respect to particularly the Chinese companies who have been sort of targeted, especially the Chinese technology companies, what we forget from our perspective is many of those technology companies run a business sort of in the cloud, right? And when you talk about where the technology resides in terms of cloud applications, there are really no geographic limitations in terms of actual geographic boundaries. So when you have a tech company running a cloud application, it's not being run out of China. It's not being run out of some other country, maybe Japan. The cloud is all over the place. I mean, there are limitations with respect to where the servers are, but rather than focusing on the lack of geographic boundaries, we've sort of focused on the nationalities of companies and sort of used that as a basis for somehow preventing them from conducting their business in the US and that's really unfortunate.

Levick: So, Huhnsik, in the 30 seconds or so we have left, I'm going to ask you a whammy of a question, and it's really unfair to try to get it all in this period of time, but for not just Chinese companies which are facing... and particularly, Chinese tech which are facing extraordinarily new challenges in the United States, but for Asian companies at large, what's the advice that you're giving them at a time when they're going to face far more legal hurdles than they have in years past?

Chung: I think the Asian companies and the general counsel’s sort of orchestrating and helping the companies navigate those issues, they have to be really sensitive as to sort of presenting the company as something other than a geographically-identified enterprise, because that's really not the case. And it's really important to educate the people on the other side of an issue with respect to the fact that there really ought not to be differentiation based upon geographic and country association.

Levick: Huhnsik, thank you so much. Great to see you again. I'm Richard Levick for In House Warrior, the daily podcast of the Corporate Counsel Business Journal, and I've been speaking with Huhnsik Chung, partner with the law firm of Carlton Fields and the CEO of SQrBlock. See you tomorrow. 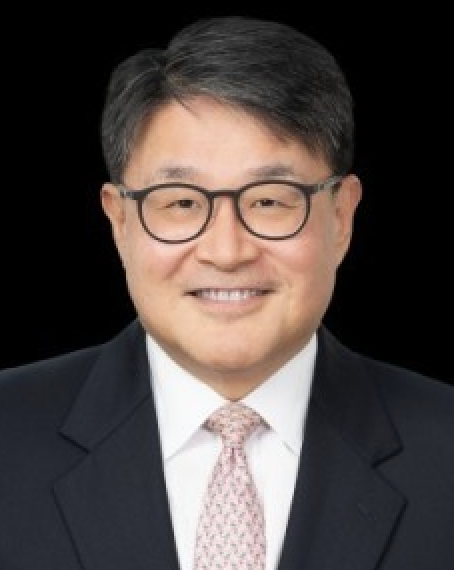 The General Counsel Report 2022: Leading with Endurance Through Risk, Culture and Technology Challenges

What does it take to lead through the wake of a pandemic and manage a corporate legal department on the threshold of tremendous societal, technological, governmental and organizational upheaval? It’s a question many chief legal officers (CLOs) and general counsel have been asking themselves and their peers throughout 2021.

SEE ALL ARTICLES ON Legal Tech