On May 15, 2006, the U.S. Supreme Court issued a unanimous decision in Sereboff v. Mid-Atlantic Medical Services, holding that a health care plan fiduciary may enforce a reimbursement provision against a participant. The Court's decision should be of interest to any employer that sponsors a health plan.

The case arose after the plan paid approximately $75,000 for the treatment of injuries suffered by a plan participant, Marlene Sereboff, and her spouse, who subsequently received $750,000 pursuant to a third-party tort settlement. The provisions of the plan required a participant who is injured by another person and receives benefits under the plan for such injuries to reimburse the plan for the costs of those benefits from any amount that the participant subsequently recovers, without reduction for failure to receive the full damages claimed. When Marlene Sereboff refused to comply with this reimbursement provision - despite repeated, written demands to do so - the fiduciary obtained a preliminary injunction requiring the Sereboffs to set aside sufficient funds from the settlement, pending a final ruling on the merits.

The Court's opinion in Sereboff turned on whether the relief the plan fiduciary sought constituted "equitable relief" within the meaning of Section 502(a)(3) of ERISA, which permits a fiduciary to enjoin any act or practice that violates the terms of a plan, or to obtain other appropriate equitable relief (i) to redress such violations or (ii) to enforce any terms of the plan. In 1993, in Mertens v. Hewitt Associates, the Court construed "equitable relief" in this context to mean "those categories of relief that were typically available in equity" in "the days of the divided bench." Nine years later, in Great West Life and Annuity Insurance Co. v. Knudson, the Court, dividing five to four, refused to enforce a plan provision - very similar to the one at issue in this case - in an action seeking, as the fiduciary styled it, the equitable remedy of restitution. The Court based its refusal in that case on the distinction between "legal" and "equitable" restitution. In Knudson, the funds had been placed in a "special needs trust" under California law, and the action was brought against the participant, who was not in possession of the funds. The Court concluded that equitable restitution was not available because the funds sought were not in the participant's possession. Thus, the Court regarded the action as one for money damages, rather than as an action to impose a constructive trust or equitable lien on "particular funds or property" in the defendant's possession. In this case, by contrast, the Court regarded the plan's action as one seeking an equitable lien, imposed by agreement, on specifically identifiable funds in the possession of the Sereboffs.

The full implications of this decision will, of course, unfold over time. However, the first order of business for a health plan sponsor is to review and, if necessary, amend the plan's third-party recovery provisions. Counsel for Sereboff argued that Knudson imposed a strict "tracing requirement" on all recoveries - i.e., that the funds the plan sought to recover must be directly traceable to those the plan had advanced. Justice Roberts, however, distinguished between an "equitable lien sought as a matter of restitution" and an "equitable lien imposed by agreement." Only the former requires strict tracing. The Sereboffs had argued that an equitable lien could not be imposed by agreement in a case such as theirs, because when the beneficiary agrees to such a provision "'no third-party recovery' exists which the beneficiary 'can place beyond his control and grant [the fiduciary] a complete and present right therein.'" However, Justice Roberts concluded that, under long-standing Supreme Court precedent, the fund over which the lien is asserted need not be in existence when the contract containing the lien provision is executed. Thus, for a plan fiduciary to obtain recovery, as a threshold matter the plan document (as well as, presumably, the summary plan description) must clearly obligate the participant to reimburse the plan from specifically identifiable funds. Notably, Justice Roberts began his opinion by quoting the plan provision in question.

A plan provision requiring reimbursement without reduction, even though the participant ends up with less than a complete recovery, may not always be enforceable. Sereboff argued that, if the participant receives less than a full recovery, the relief cannot be characterized as "truly equitable." These objections were brushed aside in this case on another basis. However, the Court declined to consider the question of whether the equitable relief the fiduciary sought was "appropriate," as the statute requires, on the basis that it had not been timely raised.

The Court's decision goes a long way towards reconciling a number of conflicting decisions regarding the ability of a health care plan fiduciary to enforce a reimbursement provision against a participant. However, the factual context of the case is likely to continue to spawn disputes over the circumstances that permit recovery. It is not clear whether the existence of the agreement (the plan provision governing the "Acts of Third Parties") is sufficient in and of itself to create an equitable lien established by agreement, or whether the equitable lien was permitted by the fact that the district court approved a stipulation by the parties agreeing to preserve a specified amount in an investment account until the district court ruled on the merits and all appeals were exhausted. The key aspect of the Court's reasoning in the case was based on the fact that the plan fiduciary sought "specifically identifiable" funds that were "within the possession and control of the Sereboffs" - that portion of the tort settlement due Mid-Atlantic under the terms of the ERISA plan, set aside and "preserved [in the Sereboffs'] investment accounts."

The potential arguments and factual distinctions are readily apparent in situations where a segregated investment account does not exist or where the participant does not continue to hold the money. 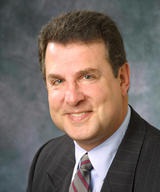