Brad Blickstein, founder of Blickstein Group reflects on ILTACON 2021, and its gradual shift of focus over the past few years.

I was one of the lucky ones who was able to attend ILTACON 2021 in Las Vegas in late August. While the conference itself was, as expected, more sparsely attended than in years past, there was still a lot of value present. Many of the key players were there; meetings were held, business was conducted, and parties were attended. Still, the footprint was much smaller, and while still valuable (some might even argue more valuable), the event felt different.

In addition to the smaller attendance and higher percentage of senior people, I also felt a significant shift in the content. In years past, ILTACON has felt very…techy. Most sessions covered technology—tools, platforms, and features. In more recent years, there have been more discussions about adoption and value proposition. This year, however, there was a noticeable shift towards a discussion of business models throughout the legal industry.

I counted at least six sessions on this topic: Redefining Delivery of Legal Services; The Changing Nature of Legal Procurement: “NewLaw and Aggregators of Legal Products and Services; Legal Business Design Challenge; Ewww, David! Change Management and User Group Lessons Learned from The Roses; The Future of Legal Services Pricing; and The Legal Engineer Consultant. There were probably more. For the first time, ILTA talked less about how to make legal work more efficient, law firms more profitable and lawyers more satisfied and instead and more about the potentially seismic changes afoot throughout the legal industry.

During Monday’s Changing Nature of Legal Procurement session, Jae Um, founder and executive director of Six Parsecs, took a shot a defining “NewLaw.” She says, “NewLaw is about one thing, and one thing only. It’s about building scale in legal business and legal services.” By “scale,” she means the ability to flex up capacity while keeping cost flat. She references Jason Barnwell, general manager for digital transformation of corporate, external, and legal affairs at Microsoft, who says that he expects the company’s legal capacity to have to increase tenfold over the next few years, but the option to increase headcount at the same rate is not on the table.

At ILTACONs in the past, we might have discussed scalability, but only in terms of technology. And while tech is at the forefront, it is not the only building block for these new models. People, process, and data are equally important.

During the panel I moderated, Redefining Delivery of Legal Services, Meredith Williams-Range, chief knowledge and client value officer at Shearman & Sterling, Kimball Dean Parker, CEO of SixFifty at Wilson Sonsini, and I discussed the new approach that clients are taking to legal services. In the past, clients had two options: they could do the work in-house, or they could ship it to a law firm. That is no longer true today. Both options still exist, but others do, too. The client can engage an alternative legal service provider to do the work domestically or overseas. It can build or buy technology to allow the work to be completed more efficiently inside the legal department. It could deploy technology to allow the business units a “self-service” option. It can study data to determine if the work needs to be done at all.

On top of all that, if they are so inclined, any of those options can be delivered to the client by their favorite law firm. According to a 2020 report from Baretz+Brunelle, at least 35 Am Law 100 law firms have their own captive ALSP. Many law firms are deploying technology designed to increase efficiency. As I learned from Kimball Parker during our session, SixFifty is doing an amazing job of automating Wilson Sonsini’s legal expertise to allow clients to use their computers to write legal documents like a lawyer. And as Peter Lee, CEO of Simmons Wavelength, said during Thursday’s The Legal Engineer Consultant panel, “I think data is the juice that drives a lot of this stuff.”

Making matters even more complicated, although ultimately to the client’s advantage, is the fact that more than one option can be applied to any problem. Many law firms partner with independent ALSPs. Some ALSPs help clients choose the right technology for their own use. Many contract management processes leverage automation, then escalate difficult issues to ALSPs, law firms or in-house counsel. Or all three.

One thing that lawyers and legal technologists (including ILTA’s planning committee) are starting to understand is that clients and counsel alike are interested in developing new legal service delivery models. And for them to work, we need new business models as well.

If I were to take this opportunity to complain about the hourly bill, it wouldn’t be the first time. I’ve spent decades speaking and writing about how hourly billing rewards inefficiency and creates a misalignment between client and counsel. And while I believe that to be true, I no longer believe those to be the biggest issues. The biggest issue is that, when legal services are technology-enabled, process-driven and flexibly staffed, the law firms can’t make as much as they deserve in fees. Consider a tool that takes a draft of a document that would otherwise take an associate a few hours and delivers a first pass in five minutes. Under an hourly billing model, the firm could bill for five minutes time. But few clients would deny that the work product is worth many times that.

Which brings us back to Jae Um’s definition of NewLaw: legal services at scale. Scale should be good for everyone: the overworked client looking to reduce costs; the law firm looking for more profitability; lawyers looking to practice at the top of their licenses; ALSPs who already have a head start at delivering; business units that want work done faster. The key will be finding not only delivery models that work at scale but business models as well.

Let’s take a deeper look at how some of the sessions at ILTACON covered new service delivery models as they are impacted not only by technology but by people, process and data.

One of the more interesting sessions at ILTACON was The Legal Engineer Consultant. At some firms, the role of legal engineer is new. At others, the function has been around a while but with titles like “system integrator.” Regardless, the role is becoming more critical as, more and more frequently, legal engineers are now interfacing with clients. The function sits between the lawyers and the technologists. As Rebecca Holderedge, innovation leader at Husch Blackwell, describes it, “[The] legal engineer…understands how the lawyers work, but they also understand the technology and the process and are able to relay that more effectively.”

Lawyers solve legal problems and are famously (though sometimes unfairly) known to be tech-averse. Technologists solve technology problems, and few went to law school. “There are enormous inefficiencies in the practice,” said Lee. “And some of those are inefficiencies that take highly compensated professionals away from doing the thing that actually does earn money.” The trick is applying technology to solve legal problems. And that’s where the legal engineer comes in.

Rob Saccone is one of the true pioneers in applying technology (and process) to solving legal problems. He is a Lean Six Sigma Black Belt and was the CEO of SeyfarthLean Consulting. A panelist on The Legal Engineer Consultant, Saccone described the issue as follows: “I would say that it's more of an operations problem than a technology problem. And that requires the ability to engineer a better process…to re-engineer with scale and speed.”

It’s clear that law firms are looking past technology for new ways to deliver legal services. They are starting to consider that new business models are required and are even building new roles to help. This will all matter little, however, if the partners in law firms are unwilling to change. During the NewLaw session, Joe Borstein, co-founder and CEO of LexFusion, said that “Law firms are the only ones in the U.S. market who are allowed to profit from the provision of legal advice. As long as that’s true I think they’ll do fantastically well. And if that changes, they’ll also be the first to adapt.” Borstein may be right that law firms will adapt well if and when alternative business structures come to the U.S. In the meantime, however, a change management strategy is critical. This topic was discussed creatively on the Tuesday panel, Ewww, David! Change Management and User Group Lessons Learned from The Roses, where the panelists used the characters from the television sitcom Schitt’s Creek to get their message across. The panel discussed why it is difficult for people to switch their behavior, describing the following as common scenarios:

Ultimately the panel suggested an approach designed around providing crystal clear direction; engaging emotion; and creating conditions that enable both the leaders and followers to excel.

The Change Management panel quoted MIT’s Peter Senge in saying, “People don’t resist change. They resist being changed.” We have made some progress over the last few years. More and more legal professionals value the kind of incremental efficiency gains incumbent in new technology, and some are even starting to understand that legal technology is more than just tech. But what’s at stake here? What’s the value of figuring out how to drive all this change?

During Redefining Delivery of Legal Services, we talked about the three different levels of legal services. At the top of our imaginary triangle, there’s the highly strategic and specialized work that will likely always stay with big law firms. And at the bottom there’s the highly commoditized work: ALSPs and other technology-driven solutions are already winning much of that. It’s the work in the middle of the triangle—the everyday legal work—that is in play, and many experts feel that represents about 60 percent of it.

We have entered an era when legal service delivery models are being redefined and transformed. The winners will figure out how to effectively deploy technology, along with people, process, data and new business models. The losers will not. How that “everyday” legal work gets done is the biggest question we’ll be answering over the next decade. All that’s at stake is 60 percent of the world’s legal market. 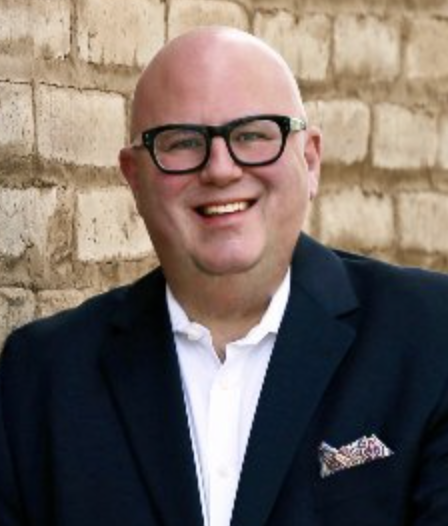