CCBJ: You recently retired from your position as Chancellor of the Delaware Court of Chancery, and you’ve have had a very esteemed career. Could you tell us a bit about your background, including anything you’d like to say about that previous role with the Court of Chancery?

Andre G. Bouchard: My professional career has essentially been 35 years in length, and for the first 28 years, I was in private practice in Delaware, which is where I grew up. After college and law school, I returned to Delaware to begin my practice, and I’ve been here ever since. Before joining the bench, I had a litigation boutique for about 18 years, which I started with Stephen Lamb, who went on to become a Vice Chancellor on the Delaware Court of Chancery about a year after we organized our practice. I remained with the firm as the managing partner for the next 17 years.

What’s notable about my experience over that time is that we handled both the defense side, which was the mainstay of the practice, especially at the beginning, as well as the plaintiff side. That experience was very advantageous to me in terms of understanding the dynamics that are relevant to both sides of a litigation. Our work concentrated on corporate law litigation, including stockholder class and derivative actions, partnership disputes, alternative entity disputes, and all the various statutory proceedings you can bring before the Court of Chancery—Section 220 for books and records, advancement issues, the whole gamut.

In May of 2014, I was named Chancellor of the Delaware Court of Chancery, a position I held for seven years. I believe my experience on both the plaintiff side and the defense side gave me a perspective that served me well during my tenure. Basically, it made me sensitive to the different tactics and motivations that are relevant to how defendants and plaintiffs conduct themselves in the kind of litigations the court sees. The primary duty of the Chancellor is to be a coequal member of the court, and to manage a full docket that is predominantly split between corporate law matters and commercial matters. The distinction there is that corporate law is typically either statutory or based on fiduciary duty, and commercial law is more contractually driven.

Apart from handling a docket, the Chancellor is also responsible for all of the administrative functions of the court. That means overseeing its internal operations, from personnel matters to establishing policies and procedures – you name it, if it is administrative, it really falls on the Chancellor’s desk.

What brought you to Paul, Weiss?

I retired from the Court of Chancery earlier this year, in May, and the first thing I wanted to do was take some time to reset, take stock of things, and think about what my goals and objectives were for the next phase of my career. Working through that process led me to Paul, Weiss, which appealed to me because of its culture and it is the kind of firm that gets retained by a world-class client base for the most complex legal and business challenges, including many of the most significant matters that you would see in Delaware. In my opinion, there isn’t any other national firm with a better mix of trial firepower, a deep bench, and experience handling the most complicated questions of business law that appear before the Court of Chancery.

I’m very excited to be at Paul, Weiss. Beyond it being one of best of the best as far as law firms are concerned, I admire many of the people there – people who I had come to know during my tenure on the Court of Chancery and are now my colleagues. I’m very excited about being able to work with them professionally, including my former partner and longtime friend Stephen Lamb, whom I mentioned earlier. He has been at Paul, Weiss for more than a decade. That’s it in a nutshell. I think this place is just fabulous, and it’s a really exciting place for me to be during this next chapter of my career.

What are the benefits of litigating and practicing law in Delaware?

The Court of Chancery is a very unique court. Among the many great benefits is the fact that we have people who pride themselves on going the extra mile for litigants. It’s a very client-service oriented court. It’s a nonjury court, which means great responsibility falls on the judges, which is something that they take very seriously, because the judges don’t only decide issues of law but are also the triers of fact in all of the cases. Another great benefit is the
subject matter, which is of national and even international interest – namely corporate governance and the application of corporate law principles. The court has a history of precedent that extends back more than a hundred years, and there’s a longstanding commitment to refining precedents.

The court has a great reputation for doing an excellent job of turning cases around in a timely fashion, being always prepared, giving very careful consideration to its reasoning in written decisions. And the bar, the state, and the other people who are players in this area in Delaware in general all do a great job of improving our statutes and keeping them up to date in terms of recent trends and developments. Delaware is just an excellent environment in which to litigate cases. Businesspeople like predictability, and the Delaware Court of Chancery gives them maximum predictability by doing things in a very careful and considered way, and by putting in the hard work to achieve that result.

What are you hoping to accomplish with this new endeavor?

Have fun. I want to enjoy myself, and a critical part of enjoying myself involves working with colleagues who are fun to work with and to practice with. So far so good in that department.

More specifically, I’m excited about the kinds of things I’ll be working on. I anticipate taking an advisory role in regard to the things I’ve developed some expertise in over the last 35 years. To put a little more of a point on that, I expect to be advising executives, boards of directors, special committees, independent committees, and other such constituencies on fiduciary duty issues and other aspects of Delaware corporate law and corporate governance. I also anticipate advising companies and their boards on strategies for navigating shareholder class and derivative actions, as well as other kinds of proceedings that frequently occur in the Court of Chancery pertaining to issues of Delaware law.

What are your hopes for the next generation of legal executives?

The two things that come to mind are, first, that they pay heed to the teachings of the Delaware courts and are informed by the learning that comes from its decisions, in terms of how they conduct themselves as executives. Second, that they embrace, in a considered way, the incorporation of environmental, social and governance (ESG) practices in their businesses, so that there’s real attention to this set of social priorities that are being elevated in the current dialogue about the purpose of a corporation. It’s a very timely topic, but actually ESG is something that’s been the subject of conversation, in my memory, in corporate law circles for at least 20 or 30 years. Now is really the time to make a difference, and to have more planning that considers other stakeholders as part of the fundamental DNA of a modern-day corporation when making decisions concerning what is in the long-term interests of the corporation and its stockholders.

Going back to your question about the benefits of practicing in Delaware, something else I want to mention is that I took great pride in how the Court of Chancery responded to the pandemic. It didn’t skip a beat, and litigants didn’t face any meaningful backlog of cases. There are a few reasons for that. Number one, which I mentioned earlier, is that juries are not involved in adjudication of cases in the Court of Chancery, which gives the court the ability to get things done more efficiently. Two, the fact that we were pretty technologically savvy to begin with meant that we could easily embrace the technology to transition into remote hearings. And three, frankly, every member of the Court of Chancery, both when I was there and today, has an absolute commitment to working extremely hard to get decisions out in a timely way. Ultimately, that is a testament to their love of the job. 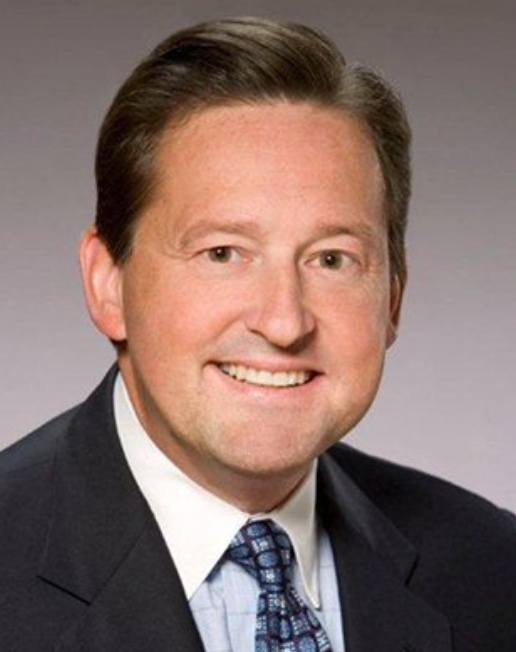 Ten years ago this summer, the United Nations Human Rights Council unanimously endorsed the Guiding Principles on Business and Human Rights (the "UNGPs"). The UNGPs are perhaps the most prominent manifestation of an accelerating global trend toward accounting for a legal or quasi-legal obligation on the part of corporations to conduct business in a manner that respects human rights.