The Obama administration’s plunge into wholesale reform of the export control system has been a bearish endeavor. While much has been done, much remains on the next administration’s to-do list. Thomas J. McCarthy, who heads Akin Gump’s international trade practice, discusses the ups and downs of the reform effort and its impact on aerospace and other clients. His remarks have been edited for length and style.

MCC: It’s been seven years since President Obama launched the country down the road to fundamental reform of the U.S. export control system. The stated goals were to enhance national security and strengthen the compet-itive posture of key manufacturing and technology sectors. What was the genesis of the effort? Was there a specific problem it was meant to address?

McCarthy: There was concern throughout aerospace and other industries that multiple export regulations and administrative and enforcement agencies had made export controls overly burdensome, confusing and costly, and that they weren’t serving the purpose that the laws were intended to achieve. In many respects, the system was channeling too many resources into things that were not really the focus of U.S. policy and national security objectives. There were lots of anecdotes in support of those concerns. They ranged from the mundane to the absurd, and some were acknowledged by the U.S. government in launching reform. They gave an example of a bolt for an F-18 fighter jet that was controlled in exactly the same way as the F-18 itself. Everyone, including the government, agreed that was not an appropriate way to approach national security controls on exports.

MCC: Export Control Reform (ECR) shifted certain items manufactured for the aerospace industry from the International Traffic in Arms Regulations (ITAR) to the Export Administration Regulations (EAR). Explain this harmonization involving the State and Commerce departments and how it has played out on the ground. Have there been unintended consequences for clients?

McCarthy: The ITAR was originally intended to control primarily military items, while EAR controlled what were known as dual-use items – items that could be used for commercial or military purposes. ECR transferred a number of aerospace items, like certain military aircraft and commercial satellites, from the ITAR to the EAR. The idea was that only the “crown jewels” should be protected under the ITAR, an initiative referred to as the “higher fences for fewer items” or “higher walls” initiative, and that former ITAR items could then be released into a less restrictive environment under the EAR so exports theoretically would be somewhat easier. Many of the ITAR items, though, were moved into new, highly restrictive classifications under the EAR, and the initial reaction of some was that there’s not much of a difference in what we’re seeing under the EAR.

I don’t entirely agree with that notion – it is an oversimplification of the changes. Rather, the impact of ECR on aerospace companies previously subject only to ITAR restrictions has varied widely depending on their product lines, service offerings and business models. The change has added a lot of complexity to existing compliance activities because companies are now required to comply with two regulatory regimes rather than one, which can be challenging from a resource perspective. But as companies have continued to adjust, we’ve seen some take advantage of the changes to allow themselves to enter into, for example, supplier and customer relationships that previously were much more difficult, complicated or even completely foreclosed to them because of the more severe ITAR restrictions that they labored under.

MCC: There’s a lack of clarity in certain areas, particularly technical data exports, which can arise in routine supply chain interactions and other areas of international commerce. Tell us where we are today in terms of ironing out some of these wrinkles and what this has meant for your aerospace and defense clients.

McCarthy: First, I want to note that State, Commerce and Defense should be commended for the level of clarity and specificity they’ve attempted to bring to the ITAR and EAR language, particularly the commodity and hardware descriptions. That’s required an enormous level of dedication and industry engagement, and we should all be grateful.

Unfortunately, the rules around technical data continue to be challenging for companies because they have not been updated with the same level of detail as the commodity descriptions. As a consequence, there’s significantly more subjectivity in the technical data rules and the application of those rules, which leads to a lot of variation among practitioners and companies. To promote certainty, reduce costs and improve compliance, there should be significantly more focus on this important area of regulation to resolve a number of longstanding questions about the agency’s interpretation and practical application of important language such as “required for” and “directly related to” or consideration of even jettisoning those phrases altogether. There needs to be more work done on technical data.

MCC: On a related note, please explain the concept of “deemed exports” and the issue surrounding country of birth as a factor in that analysis.

McCarthy: A deemed export is a transfer of technology to a foreign person in the United States. In 2007, the State Department published a notice in the Federal Register stating that it would consider country of birth in its licensing decisions. Our experience has been that companies applied this factor inconsistently in their compliance programs and internal investigations. They experienced backlash from foreign customers, partners and suppliers who were subject to their own human rights, privacy and employment discrimination laws and were trying to balance those with the requests of U.S. parties on country of birth in licensing. As a result of recent rule changes from the State Department, this issue has receded, although challenges remain.

MCC: ECR is being implemented in three phases. How far along is the effort, particularly the creation of a single control list? What’s the impact been on clients?

McCarthy: State, Commerce and Defense have made more progress on ECR than anyone thought possible in 2009. It’s been remarkable. The goals, however, were extraordinarily ambitious, including the complete synthesis of the ITAR and EAR control lists, which were maintained by different agencies, into a single list, as well as other goals like consolidation of the IT system. Ultimately, to achieve the most ambitious of the goals, legislative action will be required, and that is beyond the control of the agencies and the administration. So it remains a work in progress.

The advice we give to companies is that they need to build nimble compliance programs to react to changes as they arise. We don’t know what will happen with the administration change and the extent to which this initiative will be propelled forward. There’s a sense within the agencies that the momentum and the machinery are now in place for it to continue, but that depends on a forceful administration and, ultimately, for Congress to get involved to get this across the finish line.

MCC: Tell us about enforcement during this long transition period. There are many agencies in the mix, which must be disconcerting for some clients. What does enforcement look like today and what might it look like tomorrow?

McCarthy: Enforcement began ramping up significantly before ECR as a result of factors that were coming together in the wake of 9/11. So we’ve seen more criminal cases focused on individuals coming out of the Department of Justice (DOJ), particularly involving China, Iran and some other countries in the aerospace industry, and those continue. They extend to companies from time to time, and you see those play out in coordinated settlements that may involve non-prosecution or deferred prosecution agreements, as well as prosecutions with respect to certain countries.

The drivers in enforcement consistently have been the desire to encourage compliance and avoid national security escapes involving the most sensitive technologies. As U.S. foreign policy and national security concerns evolve, we’re seeing more of a focus on technology and cybersecurity as related to export controls. Our clients face the challenge of protecting their global networks from foreign actors eager to breach those networks.

An interesting development is new voluntary disclosure guidance issued by the DOJ involving export control cases. They’ve instructed the public to include them in the submission of voluntary disclosures that involve willful activities on the part of parties. It suggests that they continue to want to be actively engaged in export control investigations, continuing the strong trend in export controls. If you look at the cases over the past few years, including the Weatherford case, which was an extraordinary case in 2014 that involved coordination across many agencies beyond DOJ, we expect that the case trend will continue at or above its current pace.

MCC: What do the next two to three years have in store for export control? What impact do you expect the change in administration to have?

McCarthy: There are critical questions about where we go from here. The agencies have suggested, both publicly and in discussions we’ve had with them, that there’s ongoing momentum. Updates to the rules, the cycle of reviewing them, and the engagement of industry to help with that process will continue over the coming years because there’s a lot of support for that in Defense, State and Commerce. The questions revolve around whether the next administration will take what’s been accomplished to date and move it forward beyond where it is now toward the goals of a single list, a single IT platform, and a single enforcement and administrative agency. We won’t know the answers until we see who is appointed, who remains in the agencies in the new administration, and what the intentions of those officials are.

MCC: On a different note, Akin Gump has a body called the regulatory practice steering committee. Tell us about that and your role on it.

McCarthy: We’ve always had a very strong regulatory practice that’s complemented our reputation as a market leader in the public law and policy space. The steering committee, which launched in 2016, serves a coordination and leadership function within the regulatory practices to generate ideas for collaboration in areas that will help serve our clients and reinforce our strengths. For example, the committee has helped identify interdisciplinary needs for clients in the health industry that may have environmental and trade issues. We’re hoping the committee will be another great resource that allows us to generate thinking and build connectivity within the firm and among our clients around the globe to help us continue to deliver innovative and efficient legal services. 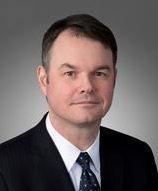