Editor: The Dodd-Frank Act presents many new regulatory compliance changes for the financial sector, but also to public companies that had little or nothing to do with the financial crisis. Do you think these "reforms" will provide more benefits than costs?

Tarbert: Obviously, the Dodd-Frank Act and its implementing rules continue to be a timely and sometimes controversial topic. It could be a decade before we really know whether the legislation will do more good than harm. Although I was disappointed with the final legislative product as a whole and continue to be concerned about many of the proposed implementing rules, I think a number of the Act's reforms - particularly those aimed at reducing systemic risk in the financial system - are good for the country on balance. But Dodd-Frank also includes a number of provisions that have nothing to do with the financial crisis, i.e., leftovers from Sarbanes-Oxley, conflict minerals, and say-on-pay, etc. I question the necessity for some of these add-ins.

Perhaps even more important, the sheer cost of Dodd-Frank compliance is no laughing matter, with some estimates reaching into the tens of billions. By July 21, 2011, the one-year anniversary of the Dodd-Frank Act, only about 10 percent of the statute's required regulations had been finalized. To comply with those regulations alone, the financial industry will need to spend 2,260,631 hours annually, according to a recent report by the House Financial Services Committee. We can only imagine how many additional hours the other 90 percent will require.

Editor: What are some of the most noteworthy new SEC rules and regulations that will create additional regulatory requirements for public companies?

Tarbert: Many of the more significant changes to the SEC rules are in the area of proxy statement disclosures. The Dodd-Frank Act encourages increased access for shareholder nominees on a proxy ballot, say-on-pay votes by shareholders, and enhanced access for shareholder proposals on corporate governance. A number of my law firm colleagues specializing in corporate governance matters believe these changes may have a considerable impact on the dynamics of management-shareholder relations - particularly given the heightened importance of the proxy statement as a two-way communications vehicle on such important topics as board effectiveness and executive compensation.

Another area of major concern involves the whistleblower "incentives" the Act creates and the recent final rule adopted by the SEC to implement them.I was disappointed to see that the SEC chose not to mandate that whistleblowers report internally as a condition to receiving an award. Although the SEC did provide some incentives for self-reporting, many compliance professionals and in-house counsel cannot help but feel the Dodd-Frank Act is undercutting some of their efforts to encourage early remediation through internal reporting processes.

Editor: How should public companies prepare for these developments? What will this do to compliance costs?

Tarbert: Public companies should start by educating their senior management and directors about ongoing implementation of the Dodd-Frank Act and the heightened regulatory environment that has developed in certain sectors - most especially the financial services industry. Next, the companies' major focus should be on shareholder relations and communication. Many of the new regulations have or will address executive compensation policies and practices as disclosed in proxy statements, which figure prominently in shareholder voting decisions. Improving lines of communication between management and shareholders will ensure far better monitoring of changes in the nature or activism of the company's shareholder base; likewise, it will enhance management's ability to identify and respond to shareholder concerns.

My colleagues specializing in governance issues also recommend that companies review and possibly update their investor relations policies, bylaws, director qualifications, majority voting provisions, and compensation programs and disclosures (including those related to compensation committee membership and advisers). All of this, of course, means that companies must dedicate significant resources to Dodd-Frank compliance efforts.

Editor: What about the SEC's recent legal defeat in the D.C. Circuit with respect to its shareholder nominee proxy rule? Will this change the SEC's rulemaking process?

Tarbert: The D.C. Circuit's decision in Business Roundtable v. SEC is very important.In many ways, it is a not-so-friendly reminder by the federal judiciary that regulatory agencies do not have carte blanche to adopt new rules as they see fit. In that case, the court struck down the SEC's rule on the ground that the agency failed to conduct a robust cost-benefit analysis and to establish that the rule would result in improved board and company performance and greater shareholder value.With somewhere in the neighborhood of 400 required rulemakings under Dodd-Frank, it is hard to fathom that the D.C. Circuit's recent decision will not impact the SEC - or for that matter the entire host of federal financial regulators charged with implementation of the Act. Certain agencies to date, including the SEC and CFTC, have missed nearly half of the deadlines established by Congress, and several other agencies have a similar record.

Yet I don't see this as a negative. Given that more than 300 regulations need to be finalized to implement the Dodd-Frank Act and set the stage for a new regulatory regime, I think it is important for regulators to take as much time as they need to get the rules right. Rushing to finalize rules simply to meet unrealistic deadlines will do little to remedy many of the perceived flaws of our pre-crisis regulatory framework. With the decision in Business Roundtable , agencies have all the more reason to do a thorough job the first go around.

Editor: Do you believe this will create further uncertainty in the rulemaking process?

Tarbert: I do. One overarching issue in the new Dodd-Frank era is regulatory uncertainty. Although the Dodd-Frank Act has more than 2,300 pages of statutory text, that legislation actually does very little on its own. The vast majority of the Act's provisions become effective only once regulatory agencies - both new and existing - carry out congressional mandates that take the form of final, implementing regulations. Additionally, there is still very little predictability regarding what rules will come out, when they will come out, and how they will be applied. This creates a lot of uncertainty in the marketplace and increases compliance costs because companies must prepare themselves for a wide range of regulatory scenarios.

Uncertainty is also a cost in and of itself. For example, many companies may remain on the sidelines, waiting to launch new initiatives while regulatory surprises are still looming. The inherent uncertainty produced when Congress delegates enormous amounts of authority to agencies, combined with the many delays in the issuance of rules required by the Dodd-Frank Act, has only served to exacerbate the level of insecurity in the market.

Editor: On the topic of systemic risk, "living wills" have been in the news recently. What are they and what effect will they have on the market?

Tarbert: "Living wills," otherwise known as "resolution plans," are the detailed plans the Dodd-Frank Act requires certain banks and financial services companies to develop describing how those entities would be resolved if they faced bankruptcy. Each company required to submit a plan under the Act must analyze its operations, risk, organizational structure, business units, and a host of other business elements and present their living wills to the Federal Reserve and the FDIC on an annual basis. This process of developing these plans will be an intensive one - potentially requiring whole teams of legal, restructuring, risk management, and regulatory experts to analyze every aspect of a financial institution's domestic and foreign operations. The overall goal is to develop a plan demonstrating that an institution can be resolved under the Bankruptcy Code without creating the kind of financial instability witnessed in the 2008-09 crisis.

The impact of the living will requirement will depend on a number of factors - particularly on whether the Federal Reserve and FDIC in fact use the plans to gauge the need for and impose additional prudential measures on the covered entities. Many believe the stress tests conducted in 2009 of some of the nation's largest banks bolstered confidence in the strength of the banking system. The living will requirement could have a similar result.

Editor: Speaking of banks, there has been a lot of controversy over the so-called "Volcker Rule." What does it mean for affected companies?

Tarbert: The Volcker Rule is among the more complicated provisions of the Dodd-Frank Act. On its face, the rule appears simple enough: it prohibits banks and other companies controlled by their corporate parents from conducting proprietary trading for their own accounts (as opposed to for the accounts of their customers) or sponsoring or investing in private equity and hedge funds (above a certain de minimisamount). But actually applying this rule to large, complex multinational corporations with a variety of business lines is another story altogether. The rule raises a vast number of questions. How do you define a hedge fund or private equity fund? What does it mean to trade for the account of a customer? How do you even define a customer? What about general hedging and market making positions?

To make matters worse, companies are still awaiting the release of proposed regulations on how the prohibitions will actually work. The Volcker Rule presents a particular challenge for U.S.-based financial institutions because it includes a number of foreign exemptions that do not appear to be available to them. In that regard, the Volcker Rule - and, indeed, all of the Dodd-Frank Act - may place U.S. companies at a significant competitive disadvantage in the global marketplace.

Editor: Finally, what is the most important thing companies should do to prepare for the effects of Dodd-Frank's regulations?

Tarbert: I think the first step for any company is to identify which parts of the Dodd-Frank Act may potentially affect it. Of course, many companies have already done this, but there are a surprising number who have yet to approach the entire 2,300 pages of legislative text in a systematic fashion. In my opinion, it is also critically important for companies to monitor proposed regulations. To be sure, there is no penalty for non-compliance with a rule that is not yet final, and it may be tempting simply to await a final rule before taking steps to ensure compliance.

But this approach might well backfire. First, final rules are often very close, and sometimes largely identical, to proposed rules. Thoroughly understanding a proposed rule, therefore, will often provide clues for what is around the corner, as well as the necessary lead time to ensure the company is ready to comply when the final rule becomes effective. Second, companies should not underestimate the important opportunity a proposed rule presents to submit a comment letter on an individual basis or through a trade association. Under the Administrative Procedure Act, federal regulators have a legal duty to consider the public comments submitted on a proposed rule. A final rule that fails to do so could meet the same fate as the SEC's proxy rule that was vacated by the D.C. Circuit in Business Roundtable . 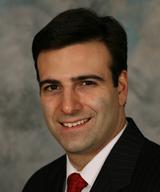