General Counsel: The Glue Between The CEO And The Board

E. Norman Veasey and T. Di Guglielmo wrote an article in the November 2006 Business Lawyer page 1 entitled The Tensions, Stresses and Professional Responsibilities of the Lawyer for the Corporation ("Article"), in which he discusses the expanded role of general counsel. In this interview we ask Norm Veasey to discuss the views outlined in the Article.

Editor: You view the most important role of the general counsel as that of "persuasive counselor" serving both the CEO and the Board. Why is this?

The general counsel serves the interests of both because she is not the lawyer for those individuals but for the entity. That fact should never be lost sight of. She can move them toward appropriate actions and help them overcome potential conflicts through persuasive counseling. By guiding them toward actions or solutions that are in the best interests of the corporate entity, she gains the attention and respect of both the CEO and the Board. She becomes an important part of the glue that holds them together.

To play this role, which involves dual reporting to the CEO and to the Board, the general counsel has to be properly qualified and be fully informed about the business of the corporation.

Editor: Why is the general counsel uniquely situated for the role of persuasive counselor?

Veasey: The general counsel has a multi-dimensional job description and set of responsibilities. It takes a good person to be able to handle the job and to carry out all of those responsibilities.

Editor: Should general counsel attend Board and Board committee meetings, as well as attend executive sessions of the independent directors?

Things went wrong at Enron, WorldCom and Health South, in part, because there was a disconnect between the general counsel and the directors. A very valuable resource for the general counsel and those advising them is the New York City Bar Report of the Task Force on the Lawyers' Role in Corporate Governance. The report concludes after reviewing information concerning these scandals that the general counsel has to be able to recognize and to have sufficient status and independence to deal with situations where the interest of the corporation may not align with the individual desires of senior management or even the Board. This independence has to involve a willingness and courage to speak privately with Board members about issues that trouble the general counsel and maybe even to resign if the disconnect gets too bad.

According to the City Bar Task Force Report, the WorldCom investigative report had found that its legal department was not structured to maximize its effectiveness as a control structure on which the Board could depend. The report states that at the CEO's direction the lawyers were in fragmented groups several of which had general counsel who did not report to the WorldCom general counsel. They were not located geographically near senior management or involved in its inner workings. The lawyers had inadequate support from senior management. The CEO did not include lawyers in his inner circle and appeared to have dealt with them only when he felt it was necessary. He let them know his displeasure with them when they gave advice that he did not like. Generally he created a culture where the legal function was unwelcome and lacked influence.

The City Bar Task Force Report stated that at Health South the general counsel would appear at Board meetings only if the CEO invited him to discuss a particular issue. Normally he did not see the Board agendas. There were no clearly established procedures to refer to the internal legal department allegations of criminal conduct. Its CEO created a culture of intimidation and made it difficult for anyone to give advice that the CEO did not like.

According to the report of Neal Batson, the court examiner in the Enron bankruptcy case, Enron is a classic case of failure of professionals to provide checks and balances. The attorneys could have advised the general counsel or Enron Board when they knew of conduct that could result in Enron providing materially misleading financial information. They could have refused to render legal services with respect to the special purpose entity transactions when they had concern about their propriety. This may have been due to the fact that the lawyers lost sight of the fact that the corporation was their client. It appears that some attorneys considered officers as their clients. Also, some of the attorneys may have seen their roles as implementers, not counselors. Rather than raising known issues for more analysis to the Enron Board, these lawyers would focus only on how to address a narrow question or to implement a decision.

Editor: How does providing the general counsel with such access to the Board help it carry out its oversight and other responsibilities?

Veasey: In the compliance area, it is important that the general counsel be in a position to advise the Board and help it carry out its oversight responsibilities. Under Delaware law the Caremark responsibilities, as recently amplified by the Delaware Supreme Court in Stone v. Ritter , make it clear that there has to be a reliable structure set up for information to flow to the Board on compliance issues, and for the board to monitor the compliance system. If they see red flags, they have to address them.

The utter failure to have such a program in place could lead to liability of directors for failure to carry out their duty of oversight. It is the general counsel's job to make sure that the Board is educated about this and sees that structures are set up so that the Board or the Audit Committee is properly brought up to date about red flags that need to be addressed.

Access to the Board and its members enables the general counsel to provide them with ongoing advice about how they can best handle their responsibilities. I agree with my partner Holly Gregory's analysis of the ten most common mistakes that directors make. The following list of those mistakes illustrates the importance of such ongoing counseling:

•
failing to understand the company and its risks;

•
failing to lead on ethics and compliance;

•
not insisting on a crisis management plan;

•
speaking out in a crisis before facts are known;

•
relying on the wrong outside counsel;

•
failing to understand the attorney-client privilege;

•
giving too much leeway to rainmakers; and

•
getting caught in the dilemma of false options.

The general counsel has to be readily available to the Board and its members to help them avoid these and other mistakes.

Editor: Should the general counsel attend all meetings of senior management?

Editor: Should there be a critical mass of attorneys so that managers can ask for help when needed and should the reporting relationships of in-house counsel assure the flow of information to the general counsel?

Veasey: The ideal paradigm is to have a critical mass of corporate counsel in a legal department depending on the context, size and complexity of the corporation. You have to balance the ideal paradigm mass with practical realities. At the end of the day, the general counsel needs to insist on having the proper staffing in order to carry out her responsibilities.

Editor: Should general counsel have lawyers within the legal department who can identify issues involving specialized legal knowledge?

Veasey: Yes. It is important that the general counsel or members of the legal department have the ability to recognize issues involved in specialized areas (such as accounting, intellectual property, environment, etc.) even if they are not specialists in those areas. General counsel working with the legal department should collectively have enough specific knowledge relevant to the company's business to recognize when specialized lawyers are needed in-house and when to seek help from outside counsel. It goes back to hiring a general counsel who has good instincts and is a generalist able to identify issues that require more specialized knowledge.

General counsel should have relationships with outside counsel that enable her to bring in specialized assistance when needed. There may be occasions when it is helpful for the general counsel to bring outside counsel to meetings with the CEO or Board to provide specialized knowledge or to offer a second opinion. I do not agree with those who contend that in the future independent counsel for the independent directors will be present at all or most Board meetings. In my opinion that approach may create unproductive dissonance, and is neither cost effective nor likely to lead to solid decision making. But clearly outside counsel is often needed in special situations.

Editor: Should general counsel as persuasive counselor bring non-legal issues such as those dealing with corporate social responsibility to the attention of the CEO and Board?

Veasey: The general counsel has to know the business and be in the loop so that she can be continuously mindful of what is just over the horizon. She needs to think ahead and anticipate what is coming. A failure to do this may mean that the corporation will be too late with the appropriate response.

It is clear that how the public perceives a corporation may affect legal outcomes. After all everybody (including judges, juries, regulators, legislators and governmental leaders) reads the newspapers - and maybe today also watch television and surf the Internet. It is apparent that an increasing number of corporations with very fine general counsel are investing heavily in those things that enhance their reputation as good citizens in countries throughout the world. It behooves every general counsel to think about this and consider whether this is an issue that should be considered by her company's CEO and Board. 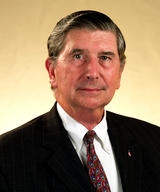