GCs to Law Firms: “This is my career.”

Michael Rynowecer talks about what he’s learned from 30 years of interviewing corporate clients and shifts he’s seen in the industry.

CCBJ: You and your team have been interviewing GCs and senior decision makers at big companies for 30 years. How did you and BTI Consulting get started?

Michael Rynowecer: I had spent 10 years at what is now PwC. I was a practice leader doing mainly business strategy and revenue generation. My clients were mostly professional service firms. A key part of every project had some form of client feedback – trying to figure out what clients were thinking about. That portion of my projects was the most engaging. I don’t think I ever had a client where I didn’t find something surprising and helpful – something that enabled immediate change.

In addition, clients found value in it. And I really enjoyed trying to understand what people were thinking, its meaning, and how to take advantage of it. My love of strategy and hitting a sweet spot with clients in revenue generation led to starting BTI. PwC does many many things. This is the sole focus of BTI.

What was the first interview BTI did? Was it in the legal market?

That goes back a little more than 30 years. I was overseeing the friendly dissolution of a law firm. We had to talk to clients about their major matters so the receivables and things of that nature could be appropriately allocated. We also solicited information about their future wants and needs because the partners were moving as a group to become partners in another firm.

In 30 years, what are the biggest changes you’ve seen in the responses you get from GCs regarding service, value and other BTI inquiries?

The feedback has become more specific, pointed and focused. When I did this at PwC, feedback was about understanding problems and making sure the law firm understood what the client was trying to do. The client’s general attitude was the need to solve the problem. It wasn’t necessarily at any cost, but everybody understood it would cost what it would cost. We’re going to spend the appropriate time and solve this problem. Today you’re going to solve this problem within a certain time frame and budget. If you don’t do that, not meeting the budget is as big of a failure – if not a bigger failure – than not solving the problem. Legal had a special place. Nobody wanted to get in legal trouble. After the 2008 financial crisis, it became solve this problem at a reasonable budget within a reasonable time frame, and with much more certainty in your recommendations. It’s much more detailed and demanding.

You interviewed in-house decision makers straight through the Great Recession of 2008-09. Prior to that, were you seeing early warning signs of what was to come?

We were, but they were not necessarily what you’d think. Most were contra-indicators – positive statements indicating something was wrong in the market.

For example, clients would say, “My biggest issue is I don’t know if I can find a law firm with the capacity to deal with the backlog of issues I have.” Law firms would say, “We’re going to grow by raising rates for the next seven years.” That was their strategic plan: raise rates. I mean that very specifically. There was no other plan. Clients were saying things like law firm staff is getting too junior to understand the complexities we face, especially in financial services. Law firms were making really optimistic statements, which is a sign of a top. If clients are worried about capacity, and that nobody understands what they’re trying to do, and if a law firm’s response is to raise rates for five to seven years, in our minds that couldn’t end well.

My love of strategy and hitting a sweet spot with clients in revenue generation led to starting BTI.

Is there a question you didn’t ask 30 years ago that you ask today?

Many people ask you to describe your ideal relationship with a law firm. That’s a good question, but we find you get a hypothetical answer that’s not going to help anybody. So we focus on great client service you’ve actually experienced and look for actual behaviors – specific interactions – that define that level of client service.

What’s the most telling comment you’ve ever heard from a GC? Something that’s really stuck with you?

There are a couple. One is a recurring comment we hear. Here’s an example. We were 11 minutes into an interview, and we could tell this GC was frustrated. We worked to disarm and engage him by telling him that clearly there’s something that you want to say or there’s a background issue. Finally, this very senior legal decision maker said, “I’m so done with this firm.”

This was a 460-attorney firm, and this was a $7 million a year client. It was pretty serious. As you could imagine, we immediately jumped in to try to design an intervention. Ultimately, our client, the law firm, managed to turn around the relationship. But we’ve heard that or something similar a couple of times.

Another example. We started an interview and the top legal decision maker said, “Well, since we haven’t heard from this firm in over a year, we’ll treat this as an exit interview.”

When you deliver that news, what kind of reception do you get?

Sometimes it’s very sobering, but we haven’t had a client yet that said, “Oh, that’s not true.” They say, “Well, what do we do?” We immediately design an intervention and coach the relationship partner, or if it’s a really big client, we coach a managing partner or chair and occasionally even do role playing with them.

In that case, we tried to complete the interview and find out the implications of not hearing from them for a year. They just figured the law firm wasn’t interested in them anymore. They had better clients and bigger fish to fry.

It’s basically the law firm doing the intervention, correct? Do you ever take part?

In 30 years we’ve only taken part in two interventions, and they were very large-scale relationships – $11 million a year and $30 million a year in billings. We played a supportive coaching role, but because we had the interview data and insights, as well prior relationships with the top legal decision makers, including knowing them through our independent research, the thought was that because they used BTI data as part of their planning and budgeting that perhaps we would be able to add a certain credibility that would help. But in general, I advise my clients not to have us there. We’re always happy to help, but at the end of the day, it’s their relationships. If they can do it without us, I think they’re much better off.

The lesson is that you can lose a client because you don’t know how they want to communicate.

Two things. First, find something idiosyncratic that you can learn about your client to show you understand their business. I’m not taking about going to the website and seeing that they have 264 products or that they’re having problems with the FDA. I’m talking about something really unique.

For example, the average large tech company spends 26 percent of their free cash flow on acquisitions. That’s a piece of information that any good business development person can get. But having that piece of information is the difference between sitting down with the client, and saying, “Are you spending 26 percent? Are you spending more or less? What’s your plan?” It gives you an anchor that nobody else has.

Second, play serious offense. The minute a client asks you for something basic, like a budget, an update, a document, you’ve lost your ability to deliver excellent client service. The minute they call you it’s done. You’re now behind the client. I recommend taking out a calendar and writing down the dates you’re going to send updates and budgets. As part of the intake, ask your clients when they want these things. That way you just take it off the table.

Why do you think it’s important for firms to engage in client feedback programs?

Many firms continue to struggle to get these off the ground. If you look at every market leader in law, or even outside of law, every major thing they do is informed by client feedback. The advantage of client feedback is you learn not just the strategic, but all the subtleties and nuances of what clients want, which fills in the gaps.

At the same time, you learn that your client really doesn’t understand you. This is a true story. One of the questions we asked a client is where the law firm was well-configured to help them. This was a 350-lawyer firm with 300 litigators. This very large client said, “I don’t think that they’re well-configured to help me with litigation.” He had never used them for litigation, and the partner never brought up any other service. There’s a client spending a ton of money on litigation with a complete misunderstanding of what this law firm does.

You also find out crazy things like a client who said they probably were going to phase out using the law firm over time. Not fire them, just phase them out. When we asked why, it turned out that every person on the team working with this client copied this GC on all e-mails. She couldn’t stand it. So why did they do it? Because the previous GC wanted it that way and the firm presumed this one did, too. They described it as death by paper cuts.

The lesson is that you can lose a client because you don’t know how they want to communicate. This client didn’t really have anything bad to say about the firm. It never even occurred to the GC that she ought to pick up the phone and say, “Stop sending me these e-mails.” She had other things to do with her life.

We had one firm that sent out letters twice a year about the value they provide, and almost every client interpreted that letter to mean they were going to get a rate increase. The value of client feedback runs from the strategic down to the highly tactical. The law firm would have never known unless they got that feedback.

If you’re a law firm of substance, your clients are a key part of your growth strategy. If you’re not bringing their spending plans and thoughts about you into your strategic plan, the chances of that plan being successful are less than 50 percent.

If you could only ask a client you were interviewing one question, what would it be?

What is the single most important thing you want your law firm to understand about you to help you be successful. We do ask that question, and the answer we get most is: “I want them to understand that this is my career. This is my job. This is my success. This isn’t just another case.” 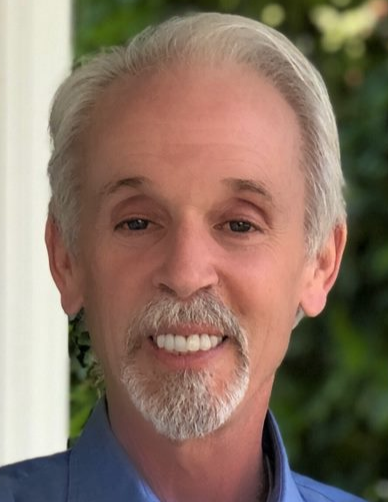