In the America Invents Act (“AIA”), Congress granted the Patent Trial and Appeal Board (“PTAB”) heightened jurisdiction to hear challenges to patents related to performing data processing or other operations used in the practice, administration or management of a financial product or service.[1] Patents falling within the definition of a “covered business method” can be subjected to challenges in a Covered Business Method (“CBM”) post-grant review proceeding beyond those available for other non-covered patents.[2] The prospect of additional challenge grounds and expanded time period availability makes CBM proceedings an attractive option when available. But the precise scope of which patents are eligible for CBM review has remained fuzzy thus far.

The bright-line rule as to which patents qualify for CBM reviews has eluded practitioners to date. But input into that definition has come from a variety of sources. A broad definition was provided by Congress in the AIA with instructions for the Patent Office to further define in the regulations. The Patent Office issued regulations describing the scope of a CBM patent and provided additional commentary with its rulemaking. The PTAB has further contributed to the definition through their decisions on which patents having CBM petitions filed against them are eligible for trial. Finally, the Federal Circuit in the Versata appeal noted its willingness to join in the CBM standing debate by stating that it has jurisdiction to review the PTAB’s standing decisions.[3]

The following commentary compiles the definitional inputs supplied by each of these four parties to help reveal the meaning of “covered business method patent.”

Congress defined a CBM patent as one that “claims a method or corresponding apparatus for performing data processing or other operations used in the practice, administration, or management of a financial product or service, except that the term does not include patents for technological inventions.”[4] The Patent Office promulgated rules for CBM reviews, considering the legislative intent and history behind the AIA’s definition, and concluded that the AIA’s CBM patent definition was drafted to encompass patents “claiming activities that are financial in nature, incidental to a financial activity or complementary to a financial activity.”[5] In addition, the Patent Office added “[the legislative history] supports the notion that ‘financial product or service’ should be interpreted broadly,” and “is not limited to the products or services of the financial services industry.”[6] Finally, in response to a comment regarding the scope of subject matter review, the Patent Office stated, “A patent need have only one claim directed to a covered business method to be eligible for review.”[7] Regarding the carveout for “technological inventions,” the Patent Office added that “technological inventions are those patents whose novelty turns on a technological innovation over the prior art and are concerned with a technical problem which is solved with a technical solution.”[8]

The Patent Office provided additional discussion of technological inventions in its commentary that accompanied the rules and the PTAB’s Trial Practice Guide. There, the Patent Office stated that “mere recitation of known technologies, such as computer hardware, communication or computer networks, software, memory [or] computer readable storage mediums . . . ,” would not typically render a patent a technological invention.[9] Furthermore, “Reciting the use of known prior art technology to accomplish a process or method, even if that process or method is novel and non-obvious . . . [or] combining prior art structures to achieve the normal, expected or predictable result of that combination,” would not qualify as a technological invention.[10]

The factors included in the Patent Office’s CBM definition are referenced in nearly every CBM institution decision to date. But, the PTAB’s varying application and focus on differing factors from case to case continues to create uncertainty in outcome.

The PTAB’s interpretation of “financial product or service” has narrowed through the short history of CBM reviews. Early institution decisions looked for any explicit link to finance or commerce in the specification or claims. For example, in Experian Marketing Solutions, Inc. v. Rpost Communications Limited, a patent relating to a method of providing proof of email message delivery was determined to be a financial service because the claims referenced e-commerce capabilities.[11] The PTAB held: “The presence of the e-commerce embodiment makes clear that the method claims have utility to financial processes.”[12]

In more recent CBM proceedings, the PTAB’s decisions hinge more narrowly on whether the patent “require[s] an activity involving the movement of money.”[13] For instance, in Roxane Laboratories and Par Pharmaceutical, Inc. v. Jazz Pharmaceuticals, Inc., a claim directed to “a method for treating a patient and controlling access to [a] prescription drug used for treatment to guard against ‘potential abuse, misuse, or diversion' of the prescription drug” was found to be non-financial.[14] Here, the PTAB rejected the petitioner’s argument that “contacting the patient’s insurance company,” “shipping via US postal service or a commercial shipping service,” and “checking for cash payments” rendered the patent eligible for CBM review.[15] Rather, the PTAB held that those activities, “when considered in the context of the claim as a whole, do not recite or require an activity involving the movement of money or extension of credit in connection with the sale of a prescription drug.”[16] The PTAB further stated that “Congress did not say in the statute that a business method patent ‘used in commerce’ or covering ‘core activities’ of running a business is eligible for CBM review.”[17]

A patent must also pass the “technological invention” hurdle before it is eligible for CBM review. The challenger has the burden of showing that the patent is “not directed to a technical invention.”[18] A useful example of a case dismissed on the technological exception is Motorola Mobility LLC v. Intellectual Ventures I LLC.[19] The patent at issue was a distribution service method for automatic computer updates on personal user stations. The PTAB rejected the petitioner’s contention that the claimed method is the “normal, expected, or predictable result of the combination of a computer and a network” because the petitioner’s arguments did not “address the entire subject matter of the claims.”[20] The Board continued, “Although a computer and network may be known technologies, petitioner has not established that simply combining the two would normally result in that combination performing the specific steps claimed in the ’054 patent.”[21] Because the petitioner failed to demonstrate a lack of novelty and nonobviousness[22] in the software’s ability to select available software updates and communicate with the user station for installation, the patent was deemed to qualify for the technological invention safe harbor, and the petition was dismissed.

Contrarily, in Square, Inc. v. Think Computer Corporation, an electronic payment system patent where participants may act as either purchaser or merchant was found to be a non-technical invention.[23] Here, the PTAB agreed with the petitioner’s argument that claims were not excluded from CBM review “merely because they recite generic computer technology . . .”[24] Because the patent avoided tying any claim limitation to a particular technical device and could function with “any suitable implementation or device,” the Board found it eligible for CBM review.[25] The PTAB added that it is insufficient to merely recite “the use of known prior art technology to accomplish a process or method, even if the process or method is novel or non-obvious.”[26]

In July 2015, the Court of Appeals for the Federal Circuit (“Federal Circuit”) decided its first appeal of a CBM review in Versata v. SAP.[27] In this decision, the court affirmed the PTAB’s ruling to dismiss the challenged claims, while simultaneously exerting for the first time its power of review over PTAB decisions on CBM standing. The patent at issue was a method and apparatus for pricing products in multilevel product and organizational groups. According to the claims, the method is used to reduce the need for large data tables by arranging customers and products into a hierarchy of groups.[28] Pricing information is associated with the groups based on their makeup.[29]

In affirming the PTAB’s decision to institute a CBM trial, the court agreed with the Patent Office that the definition of a CBM patent is “not limited to products and services of only the financial industry, or to patents owned by or directly affecting the activities of financial institutions such as banks and brokerage houses.”[30] Regarding the technological invention exception, the court affirmed that the patent was not a technical invention. Borrowing from a §101 test, the court agreed with the PTAB that the claimed steps “could be performed . . . with pencil and paper,” and that “no specific unconventional software, computer equipment, tools or processing capabilities are required.”[31] The Federal Circuit recognized that the regulation’s definition (“technical problem using a technical solution”) does not offer much guidance, but was unwilling to clarify the definition in this opinion, and concluded that “whatever may be the full sweep of the term ‘technological invention,’ the invention that comprises the ’350 patent is essentially not a technological one as that term ordinarily would be understood.”[32]

In conclusion, CBM reviews give petitioners a number of advantages that they would not have via other flavors of PTAB review. For patent owners, lack of CBM standing provides an opportunity to fully extract a patent from the Board without addressing the substantive merits (e.g., 35 U.S.C. §§ 101, 102, 103, 112) of the petitioner’s challenges. Although the Versata case does not resolve the ongoing struggles surrounding the definition of what patents are eligible for CBM review, it is clear that while the PTAB can rule on CBM challenges, there will be continued oversight of such decisions from the Federal Circuit. Further decisions by the Board and the Federal Circuit should add clarity to this somewhat murky area of significant importance.

[22] As discussed further herein, the Board is likely performing a 35 U.S.C. § 101-type analysis here, looking to whether the claims include any unconventional software, computer equipment, tools or processing capabilities that might qualify them for the technological invention safe harbor. 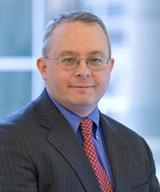 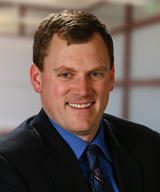 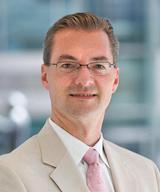