Recently the FTC and the U.S. Department of Justice Antitrust Division (DOJ) have been spectacularly unsuccessful in litigation seeking to block hospital mergers before they close. A November 2002 speech by the FTC's then-chairman noted that the two agencies combined had been 0-7 in pre-closing hospital merger challenges in the previous eight years. As a result, the FTC shifted its focus and began evaluating completed hospital mergers for evidence of post-acquisition anticompetitive effects, such as price increases. The Evanston case may be the first fruit of this shift in focus, but it is not likely to be the last.

Summary Of The Evanston Case

Evanston, Glenbrook and Highland Park are three of seven hospitals located near the North Shore area of Chicago. In January 2000 Evanston and Glenbrook, which were co-owned, merged with Highland Park. Almost immediately, the merged entity began raising prices significantly above those of similar hospitals. The FTC launched a post-closing investigation of the merger, which culminated in the filing of a complaint in February 2004. The ALJ found that the parties had significant market power within the acute-care hospital services market in the North Shore area. He also found that the merger had resulted in significant price increases. The ALJ ruled in favor of the FTC and ordered the merger to be unwound. Cited in the ALJ's decision were numerous hospital internal documents containing "smoking gun" statements to the effect that raising prices through eliminating competition was a principal reason for the merger.

Important Lessons Of The Evanston Case

The government can and does challenge mergers after they close. The government has unquestionable statutory authority to challenge the antitrust legality of already-consummated mergers and acquisitions. This authority is most likely to be exercised where, as here, the merger was not subject to Hart-Scott-Rodino premerger filing requirements. In this case, the FTC opened a post-closing investigation, and then filed suit more than four years after the merger was consummated. The Evanston case is not unique in this regard. Other recent examples of post-closing merger challenges include the following:

Post-closing price increases can attract unwanted government attention. The FTC was able to prove that "ENH sought and achieved substantial price increases as a result of the merger." Slip op. at 155. Quoting the ALJ:

Slip op. at 2. These price increases led to the FTC's lawsuit and ultimately to the ALJ's order requiring an unwinding of the merger.

Where the government has direct evidence of anticompetitive effects (i.e., noncompetitive price increases), it may get the benefit of significantly relaxed market definition requirements. Where the government sues before a hospital merger closes, it typically asks the court to infer probable future anticompetitive effects based on evidence of high market shares. Courts often require strict proof of geographic markets in such cases, and the government has repeatedly been unable to make the required showing, thus losing one case after another. In the post-closing context, however, if there is direct evidence of price increases caused by reduced competition, an inference of anticompetitive effects from market share may no longer be required. This, in turn, may relax the government's burden of proof on the relevant market. The Evanston ALJ held that an antitrust plaintiff relying on direct evidence of noncompetitive price increases to establish that a merger violates the antitrust laws must show only "the rough contours of a relevant market ... in lieu of the usual showing of a precisely defined relevant market and a monopoly market share." Slip op. at 201.

Hospital mergers cannot be defended from antitrust attack on the grounds that the merger is necessary in order to increase the hospitals' bargaining leverage vis-à-vis managed care companies. Officials from the merging hospitals in the Evanston case stated that the merger was necessary because large managed-care companies were driving down prices. The ALJ flatly rejected this justification, observing that "[t]he antitrust laws afford neither solace nor escape from the rigors of competition induced by managed care." Slip op. at 157.

The overarching lesson of the Evanston case is that the federal government never loses the authority to investigate and challenge competitively problematic mergers. Even after they have closed, mergers that result in higher prices, reduced output or reduced innovation are vulnerable to an antitrust lawsuit. For merging parties, this case again highlights the need for experienced counsel to help navigate the potentially dangerous antitrust waters. 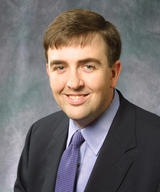