For Some In-House Counsel, It's a Public Affair 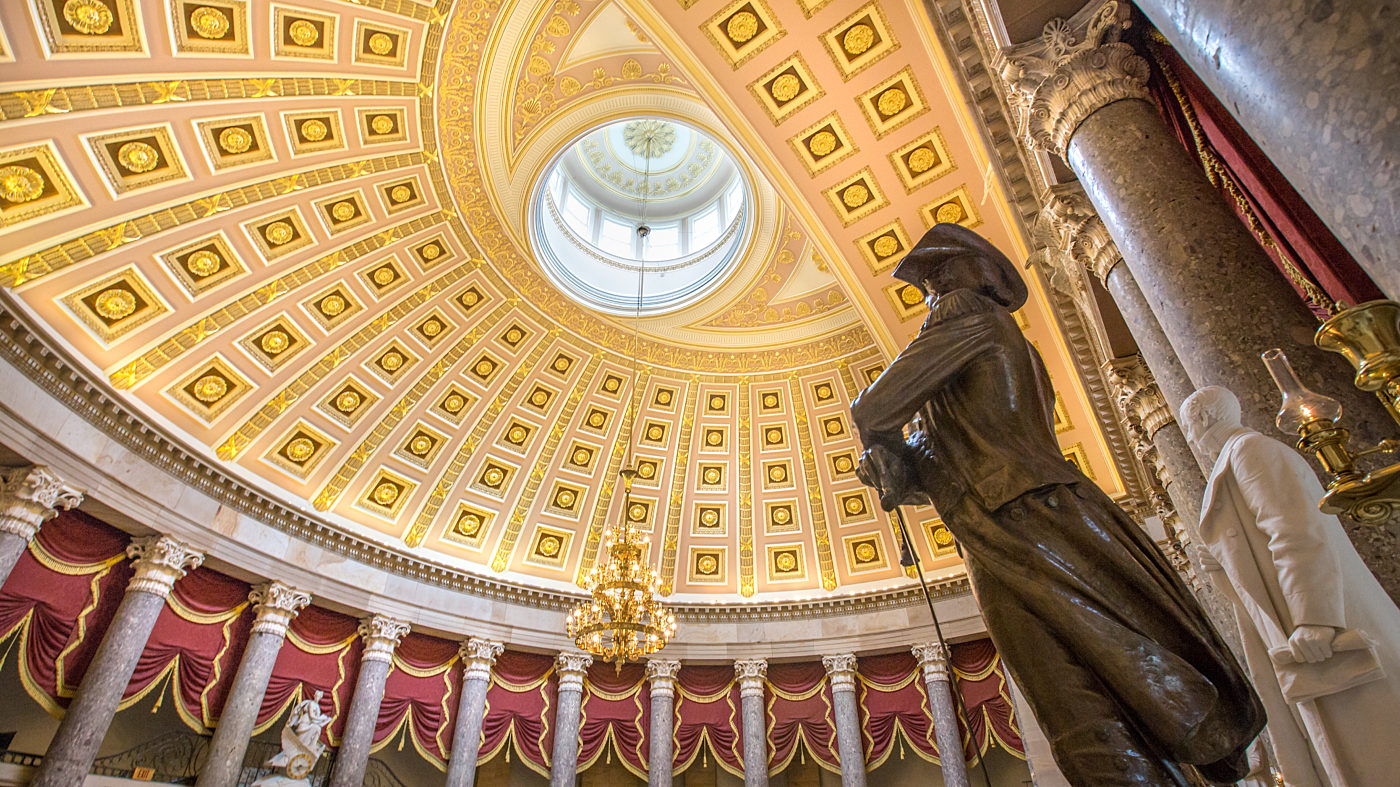 Michele Satterlund, partner with McGuireWoods and lobbyist with McGuireWoods Consulting, discusses the intersection between corporate counsel work and public affairs, including a recent initiative highlighting the success of women in these areas.

CCBJ: Now, more than ever, corporate counsel are working in public affairs for their companies, in addition to fulfilling their legal counsel responsibilities. As an attorney and a registered lobbyist, what would you say are some of the forces driving this shift?

Michele Satterlund: When I started my career, the public affairs department at a corporation was completely separate from the general counsel’s office, but over the last decade there’s been a shift, and now the public affairs department and the general counsel work hand in hand with each other, or are even one and the same. There has been increasing recognition that what happens in various state legislatures really impacts businesses – and that corporations need to be involved early on in influencing the law, so that they can predict outcomes that could harm or impede the growth of their industries. More and more general counsel are really getting involved with speaking out about legislation, because it potentially improves their ability to better plan for the future of their companies. If they have an opportunity to help shape what that law says, it makes them better able to serve their client – and if you’re a general counsel, your client is the company you work for.

You have served as a board member in various capacities, including your current role as president-elect for the Metro Richmond Women’s Bar Association in Virginia. What initiatives do you plan to pursue during your term?

I’ll officially assume the presidency in May 2019, and I’m very excited and honored to be leading the organization. One of the things I really want to focus on is diversity, and by that I mean the types of lawyers who are involved in the association. So I want general counsel represented, I want criminal lawyers, I want lawyers who work in nonprofit, I want lobbyist lawyers. I want to make sure we’re meeting the needs of all women who are counsel, and meeting their needs where they are. Whether they’re a minority lawyer, or a lawyer who is retired, or a lawyer who is a mom, we want to make sure that our programming and everything else we do is done with a nod toward our entire organization. I think it’s really important that we represent all of the interests of all of the various practicing attorneys in the Greater Richmond Region.

How do your clients benefit most from your combined legal and public affairs skill sets?

Prior to working as a lawyer or a lobbyist, I got a bachelor’s degree in journalism, with a focus on public relations, so my early career was spent figuring out how to write messaging that resonated with whatever the target audience was. I’ve been able to use that background as both a lawyer and as a lobbyist. It’s very natural. The law is the law. Here’s what the law says. But we also look at workarounds – what are the alternatives, outside of a traditional legal approach, for our clients to consider? Do we want to go into the legislature and attempt to change the law? Is that easier than going through years of a court battle? Is there a public relations element to this? Perhaps we merely need to change the message in order to change the perception. It’s not always black and white – and with my clients, I try to work in those gray areas. It’s an unusual approach, but my background gives me a unique perspective.

McGuireWoods Consulting recently launched the Women in Public Affairs initiative. How will it benefit women working in government affairs, attorneys with clients affected by state and federal legislation, and those in the business community?

If I see a great idea, I’ll look at it and talk to the person and borrow as much of it as I can. So the idea for this initiative really came from another woman here at McGuireWoods who had started a group called Women in Private Equity. I had gone to one of her breakfasts, and I thought it was really amazing to be sitting there with women from all over the nation, talking about the private equity business. It got the wheels turning in my head, in terms of public affairs and all of the women who are involved in politics, whether they’re in the legislature, whether they’re lobbying – it’s a very diverse group of women – and it’s not often that we all get together and talk, whether it’s from a business development standpoint or a professional career standpoint, about how can we better ourselves. But it’s not the typical “women’s empowerment” type of initiative. I feel like women are already empowered. We’re already lawyers. We’re doing just fine, but I wanted us to come together and really focus on building our own businesses and our own brands.

We launched a couple of months ago, and it has been enormously successful. One of the things we’re working on is bringing together all of the women who are public affairs professionals within McGuireWoods Consulting and having regular meetings with the lawyers at McGuireWoods – having the two groups talk. I think it has been really eye-opening for many of the lawyers who may not have quite understood how the political process works, how you can go about achieving a result for your client that may be outside of the box. And on the other side, it’s a chance for those of us in public affairs to better understand the skills and capabilities of the lawyers that we work with. We have some really amazing women working at this law firm, folks who work in intellectual property and securities law, or mergers and acquisitions, and one of the things we’re doing regularly now is getting together and telling our stories. We’re also working to profile women from across the nation – and across the world, hopefully – who are public affairs professionals. The goal is to really get to know what they’re doing and to use their experiences to educate other women who are lawyers and public affairs professionals.

Women in Public Affairs highlighted two businesswomen working in the government relations realm – Erica Gordon from Hilton and Mary Moore Hamrick of Grant Thornton. What lead you to focus on these women, and what has the response been like?

I attended a healthcare conference that Mary Moore Hamrick spoke at a couple of years ago. She’s a federal-level lobbyist. When I saw her speak, I was just really impressed by her delivery. She took a complex message and distilled it into something easy to understand. So I had her in the back of my mind, and when we decided to do this initiative, I thought that having the opportunity to talk to her one-on-one would be amazing. With Erica Gordon, it was more random. We had asked our colleagues, “Who are some women in public affairs who have made an impression on you?” and one of them mentioned Erica. I read her bio and thought it would be interesting to talk to her. She works in tourism and travel, obviously, at Hilton, and I have clients who work in the commercial air space. And the response to both has been great. It’s clear that we’ve tapped into something that people care about.

Madeleine Albright, the first female U.S. Secretary of State, famously said, “There's a special place in hell for women who don’t help each other.” Can you share your thoughts on that statement?

I think it’s accurate. The workforce hasn’t always been an easy place for women, so it’s critical that we take responsibility for ensuring that women who are coming up behind us have access to us as resources – that we’re available to answer questions and serve in a mentor role. But when I say a mentor role, I don’t think it necessarily has to be anything official. I’ve had mentors who have no idea that they were my mentors. I simply observed them being good human beings who were very good at the work they did, and I took it upon myself to emulate what they did. As women in the workplace, that’s important. We should make sure that we always demonstrate leadership that is honest and has integrity – leadership that considers the young women who look up to us. 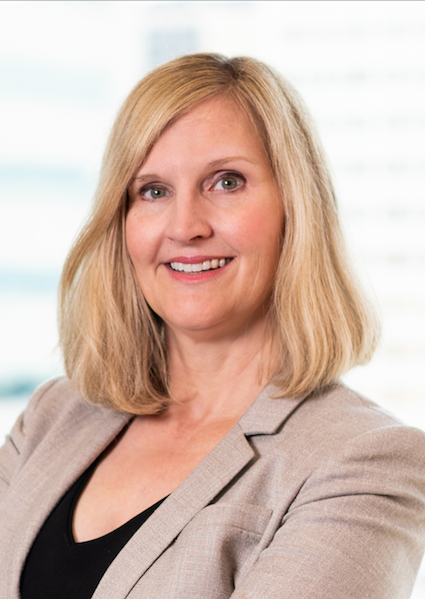