The FCC Open Internet Order: What your company needs to know

In brief, the 2015 Open Internet Order classifies broadband Internet access service (“BIAS”) as a “telecommunications service” under Title II of the Communications Act of 1934 (as amended), promulgates three bright-line “Open Internet” rules, enhances the transparency rule, adopts a forward-looking “no unreasonable interference/disadvantage” conduct standard, and declares that a number of provisions of Title II will apply to BIAS.

The new rules and standard apply equally to fixed and mobile providers insofar as they provide BIAS, including resellers (e.g., MVNOs). Kelley Drye has had an opportunity to review the 400-page order and can now provide more insight into the scope and impact of the Commission’s action.

In this update, we first will provide an overview of the Commission’s new rules specifically related to network neutrality. Second, we will review the Commission’s decision to reclassify BIAS as a “telecommunications service” under Title II, and the key Title II provisions and related regulations that will apply. Third, we will highlight some of the next steps that the Commission envisions through further proceedings.

For a more thorough analysis of the new rules and their implementation, please refer to this March 24th Kelley Drye webinar recording. For a copy of the slide presentation, please click here.

I. The New Open Internet Rules

In the 2015 Open Internet Order, the Commission reestablishes and reformulates a series of network neutrality rules that the D.C. Circuit vacated in its 2014 Verizon v. FCC decision. For purposes of the rules, BIAS is any “mass market retail service . . . that provides the capability to transmit data to and receive data from all or substantially all Internet endpoints, including any capabilities that are incidental to and enable the operation of the communications service,” as well as any service that is the “functional equivalent” of such service or that is “used to evade” the new rules and standard.

The order establishes three bright-line rules that prohibit certain network practices of BIAS providers when acting in that capacity. Those provisions are:

The order also reinforces the 2010 transparency rule, which was the only rule that the D.C. Circuit upheld in Verizon v. FCC. Specifically, the enhanced transparency rule largely preserves the existing rule but imposes additional disclosure requirements on providers, including disclosure of promotional rates, all fees and/or surcharges, all data caps and allowances, and metrics such as packet loss. Importantly, however, the order temporarily exempts fixed and mobile providers with 100,000 or fewer subscribers from the enhanced transparency requirements. The Commission’s Consumer and Governmental Affairs Bureau (“CGB”) must determine whether to retain this exemption by December 15, 2015. If the Bureau fails to act by that date, the temporary exemption will expire.

In addition to the three bright-line rules, the order adopts by rule a standard to address future conduct by BIAS providers and promote innovation, consumer demand and investment. This standard has two components:

Using this “no unreasonable interference/disadvantage” conduct standard, the Commission will investigate practices on a case-by-case basis, subject to a multi-factor test.

Finally, the Commission includes an exception for “non-BIAS data services” (formerly known as “specialized services”), such as facilities-based VoIP, heart monitors, or energy consumption sensors, even where offered by a broadband provider. The Commission finds that these services are not within the scope of the Open Internet rules, but it reserves the authority to enforce its rules against providers of specialized services if they are providing the functional equivalent of BIAS. It also, as discussed further below, determines that certain other services, including virtual private network (“VPN”) and content delivery network (“CDN”) services are not BIAS.

Given the Commission’s recent enforcement actions against telecommunications carriers for alleged consumer protection violations, we anticipate that the Commission will be particularly aggressive in its early enforcement of the new Open Internet rules. As a result, BIAS providers should be particularly mindful of the new rules and how existing and proposed business practices may implicate them.

Moreover, while the Commission declines to classify services that BIAS providers furnish to “edge providers” (i.e., providers of applications and services at the edge of the network), it finds that it has authority to regulate BIAS providers’ interactions with edge providers because the edge service is “derivative of BIAS” in the two-sided marketplace between consumers and those providers.

The Commission also finds that certain providers and services fall outside the definition of BIAS. For example, the Commission rules that VPNs, CDNs, hosting or data storage services, and Internet backbone services are not BIAS because they are not retail, mass-market services. In addition, the Commission finds that “to the extent that coffee shops, bookstores, airlines, private end-user networks such as libraries and universities, and other businesses acquire broadband Internet access service from a broadband provider to enable patrons to access the Internet from their respective establishments,” such service is not BIAS, “unless it was offered to patrons as a retail mass market service.” Lastly, the Commission rules that a user’s provision of a wireless router or a Wi-Fi hotspot to create a personal Wi-Fi network that is not intentionally offered for the benefit of others is not BIAS.

In sum, the Commission reclassifies a broad swath of Internet service providers as BIAS providers subject to Title II, and leaves room for further application of the Title II rules as the Internet ecosystem develops.

The Commission affirmed that BIAS is jurisdictionally interstate. At the same time, it stated that the states are bound by its forbearance decisions concerning BIAS (discussed below) and that they are generally preempted from imposing regulations inconsistent with its regulatory regime adopted in the order or regulations that frustrate the policies underlying the new rules. The Commission stated it would address state preemption questions on a case-by-case basis in a prompt matter. It expressly noted that it would expect to preempt any effort by states to regulate BIAS provider entry or rates.

The Commission determines to apply (in whole or in part) the following provisions of Title II to BIAS services:

Provisions That Do Not Apply

At the same time, the Commission forbears from applying 27 other statutory provisions of Title II, and with it, per the Commission’s tally, approximately 700 codified rules. The key provisions from which the FCC will forbear including the following:

The Commission also forbears from applying other statutory provisions and regulations, such as specific restrictions related to BOCs, truth-in-billing rules, roaming-related rules and terminal equipment rules. Further, BIAS will remain exempt from state and local taxes under the Internet Tax Freedom Act.

In the 2015 Open Internet Order, the FCC defers a number of important questions to pending or future proceedings. These include:

The 2015 Open Internet Order represents a sea change in telecommunications law and policy, and its intended and unintended consequences will take some time to mature. Kelley Drye’s Communications Group will continue to monitor developments in this space and will keep interested parties apprised of any noteworthy developments. In the meantime, please don’t hesitate to contact any of our attorneys with questions about this proceeding. 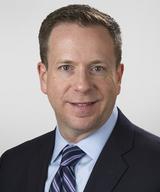 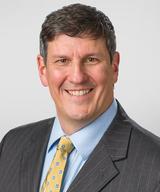 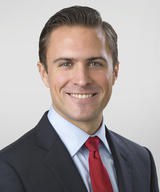 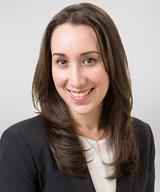