Public exchanges have a record of their users and their wallets, but no Form 1099s are being distributed. The IRS has said that anyone who uses virtual currency as a form of payment must issue a 1099 when the gross amount exceeds the reporting thresholds.

The IRS has been looking at individual tax returns for unreported gains from virtual currencies. Recently it summoned information for account holders with over $20,000 of Coinbase transactions from 2013 to 2015. Under the Tax Cuts and Jobs Act of 2017, cryptocurrency exchanges are no longer tax-free.

Matthew Halpern is a tax manager working in various industries such as professional services, information technology, and manufacturing and distribution. He also works with expatriates and foreign individuals with U.S. activity. 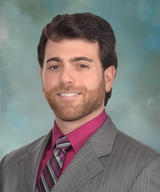 Deborah Festa, partner with Akin Gump Strauss Hauer & Feld, discusses the qualities that contribute to a great culture at a firm, including the crucial role of leadership.