While still a presidential candidate, President Trump said he wanted “extreme vetting” of all immigrants coming to the United States. Originally deployed in attempts to ban Muslims and stem the flow of refugees, the plan first took concrete form just one week after the presidential inauguration, when the White House published its first executive order seeking to impose a travel ban against citizens of seven predominantly Muslim countries. Both that order, and a second executive order providing a revised travel ban that sought to correct the constitutional infirmities courts found in the first one, were battered by legal challenges and judicial injunctions. On September 24, 2017, a third revised travel ban was issued via a presidential proclamation. That order, too, has largely been enjoined by the courts.

Away from the headlines, though, the administration has quietly been implementing extreme vetting of family- and employment-based immigration, both of the temporary and permanent varieties. A few examples of recent changes in how the federal government is handling business visa cases illustrate the new challenges faced by employers of foreign workers in the United States. In addition, a new set of “Immigration Principles and Policies” issued by the White House on October 8, 2017, provides a further blueprint for the administration’s immigration agenda.

In April 2017, the Trump administration issued its "Buy American and Hire American" executive order. The executive order directed the Departments of Labor, Homeland Security, Justice and State to propose revisions to employment-based immigration program regulations and policies with the goal of protecting the economic interests of U.S. workers. The order did not provide specifics but indicated that the agencies would focus on increasing H-1B wage minimums in an effort to promote the hiring of U.S. workers over foreign workers.

The policies embodied in that order have translated into greater scrutiny – a new kind of extreme vetting – of H-1B petitions, resulting in a higher rate of requests for evidence (RFEs), more denials, and longer processing times for employers in nearly all industries.

According to a Reuters news report published in September 2017, the rate of H-1B RFEs from January through August 2017 was up by more than 45 percent compared to the RFE rate during the same period in 2016. Many of this year’s RFEs have focused on wages, specifically on whether a job with wages that the Department of Labor (DOL) designates as “Level I” is too complex to be considered entry-level, or whether an entry level job can be considered a “specialty occupation” for H-1B purposes. As set out in a U.S. Citizenship and Immigration Services (USCIS) policy memorandum issued in March 2017, computer programming jobs are now subject to special scrutiny on this basis. We have also seen increased USCIS scrutiny of F-1 students changing status to H-1B, and more site visits at companies that employ workers in H-1B status.

In recent months, practitioners have noted increased scrutiny by USCIS of employers’ petitions seeking an extension of stay for nonimmigrant (temporary) workers, especially employees holding H-1B, L-1A or L-1B visa status. This increased scrutiny continues a trend that began in the Obama administration, when denials of L-1B petitions, for example, reached record highs, especially when the beneficiaries were nationals of India.

The trend became official policy with the release of new guidance by USCIS on October 23, 2017. In a significant policy reversal, USCIS officers are no longer bound by previous petition approvals when reviewing requests for extensions of H-1B, L-1 or other nonimmigrant categories filed on Form I-129. Instead, officers have been given broader authority to readjudicate a foreign beneficiary's eligibility for a nonimmigrant classification each time an extension request is filed – even in cases where there has been no change in facts since the initial petition was approved.

The new guidance is expected to result in a significant increase in requests for evidence in H-1B, H-1B1, L-1, O, P, TN and other nonimmigrant extension cases. An increase in scrutiny is likely to mean longer processing times, compounding the delays that have plagued extension filings for some time.

Though foreign nationals in E, H, L-1, O, P, and TN status receive a 240-day automatic extension of status and work authorization following the timely filing of an extension petition, processing times may extend beyond this grace period. This can result in employment disruptions and impede a foreign national's ability to renew a driver's license, among other negative consequences.

The renewed interview requirement is part of the agency's compliance with President Trump’s March 6 executive order on protection of the United States from terrorist activities (the same order that set out the administration’s second travel ban). The order also directed federal agencies to implement uniform screening and vetting standards for all immigration programs.

However, local field offices have not been provided with any additional funding or staff to carry out the interview mandate. Accordingly, the interview requirement is expected to increase significantly the processing times of employment-based adjustment applications.

The Trump administration’s long-awaited “Immigration Principles & Policies” paper sets forth the administration’s plans for overhauling the country's immigration system. While mostly meant to serve as a set of pre-conditions for the administration to agree to legislative relief for Deferred Action for Childhood Arrivals (DACA) recipients, the 70-item wish list also addresses a handful of issues related to employment-based immigration.

For example, the administration is calling on Congress to pass the Reforming American Immigration for Strong Employment (RAISE) Act, which would implement a broad array of changes including reductions in family-based immigration and the replacement of the current permanent residence system with a merit-based point system.

Other proposed changes that constitute extreme vetting include requiring all employers to use E-Verify and increasing penalties for failure to comply with E-Verify, including debarment of noncompliant federal contractors. The administration would also increase the penalties for visa overstays, including making even technical overstays a misdemeanor offense.

These are just a few examples of how a policy of “extreme vetting” is changing – and will continue to change – the landscape for employers who employ foreign workers. Along with a general policy of tougher screening of applicants for visas at U.S. consular posts around the world, these changes mean that to the extent that employers ever considered visa cases to be routine, they can do so no longer.

Careen Shannon, a partner in Fragomen’s New York office, is also the co-author, with Austin T. Fragomen Jr. and Daniel Montalvo, of a renowned series of immigration handbooks and treatises published by Thomson Reuters/West and the Practising Law Institute. She can be reached at [email protected] 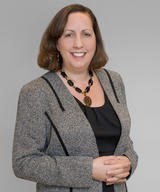 CCBJ: When discussing M&A, immigration law is not necessarily the first issue that comes to mind. What role does...

CCBJ: Tell us about the Safe Passage Project that your two organizations are involved in.

The Travel Ban Roller Coaster: The Ride's Not Over for Employers

Since taking office in January 2017, President Trump has issued three executive orders seeking to restrict nationals of certain countries from receiving visas and entering the United States. Ensuing lawsuits have resulted in a roller coaster of rulings by federal courts, dizzying even to those of...

SEE ALL ARTICLES ON Immigration