This is an update to our recent firm Estates Advisory “Estate Planning Opportunities for Same-Sex Couples After DOMA.” The IRS has released guidance clarifying the federal tax implications of the U.S. Supreme Court decision in United States v. Windsor and resolving the question of what constitutes lawful marriage that arose after the Windsor decision. In Rev. Rul. 2013-17, the IRS ruled that same-sex couples legally married in any domestic or foreign jurisdiction will be treated as married for federal tax purposes, regardless of their state of domicile. Said a different way, the IRS ruled that individuals of the same sex will be considered lawfully married as long as they were married in a state whose laws recognize the marriage of same-sex individuals (i.e., “state of celebration”), even if such individuals reside in a state that does not recognize the validity of same-sex marriages.

The Defense of Marriage Act (i.e., DOMA) was enacted in 1996, and Section 3 of DOMA defined marriage for federal law purposes to mean only “a legal union between one man and one woman as husband and wife.” Section 3 disallowed federal recognition of a same-sex marriage that was valid under state law. In Windsor, the surviving spouse of a same-sex couple filed a lawsuit for a refund of the federal estate taxes paid by the deceased spouse’s estate and argued that the deceased spouse’s estate should be able to use the unlimited marital deduction reducing such estate’s federal estate tax liability to zero. The court held that Section 3 of DOMA was unconstitutional and violated the equal protection clause guaranteed by the Fifth Amendment. As a result, same-sex married couples currently residing in a jurisdiction that permits and recognizes marriages between same-sex couples are treated the same as opposite-sex married couples for federal law purposes. However, the court did not decide whether federal marital rights are available to same-sex spouses who reside in a state that does not recognize same-sex marriage.

Effective Sept. 16, 2013, Rev. Rul. 2013-17 now makes it clear that for federal tax purposes the terms “spouse,” “husband” and “wife” include a person of the same sex as long as the couple was legally married in a state that recognizes same-sex marriages[1] even if they reside in a state that does not—hence, the “state of celebration” rule. Rev. Rul. 2013-17 clarifies that same-sex couples legally married in any foreign or domestic jurisdiction are considered married for federal tax purposes regardless of the couple’s state of domicile.

In announcing the “state of celebration rule,” Treasury Secretary Jacob L. Lew stated that “[t]oday’s ruling provides certainty and clear, coherent tax filing guidance for all legally married same-sex couples nationwide. It provides access to benefits, responsibilities and protections under federal tax law that all Americans deserve. This ruling also assures legally married same-sex couples that they can move freely throughout the country knowing that their federal filing status will not change.”

The IRS also made clear who is not legally married. Couples (whether opposite-sex or same-sex) in registered domestic partnerships or civil unions are not considered married for federal tax purposes.

For all federal tax purposes, including income, estate and gift taxes, same-sex couples who are legally married are treated as married. The federal tax law benefits of this ruling include, but are not limited to, filing status, claiming personal and dependency exemptions, taking the standard deduction, employee benefits, contributing to an IRA, using the unlimited marital deduction, and splitting gifts.

A Word To The Wise

The clarity provided by Rev. Rule 2013-17 makes this an opportune time for individuals in same-sex relationships to consider financial and estate planning opportunities. 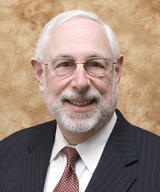 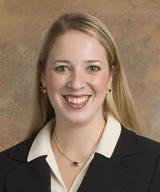 Shareholder agreements document the intentions of the parties in connection with, among other things, the price to be paid for an ownership interest in the event of a shareholder’s death, disability, retirement or other triggering event. There are four commonly used methods to value a company...

A Hot Blawg for a Hot Area: CFPB Monitor has emerged as the must-read blog in the consumer finance world

One of the ABA’s Top 100 Blawgs for four straight years, Ballard Spahr’s CFPB Monitor sets itself apart with its laser focus on the Consumer Financial Protection Bureau. In the first of a continuing series of interviews focused on top bloggers in the top legal blogging network, LexBlog...

SEE ALL ARTICLES ON Trusts & Estates