E-Discovery Today, According to a Man Who Defined It

George Socha of BDO created the standard e-discovery model for the industry, the current state of which he describes using the results of BDO’s 2019 Inside E-Discovery & Beyond survey, the fifth of its kind.

CCBJ: What was your involvement in the development of EDRM?

George Socha: Tom Gelbmann and I embarked on a survey of the e-discovery market in May 2005. At the time, there was no consensus as to what constituted electronic discovery, or e-discovery, or whatever you wanted to call it. There wasn’t even a standardized name! Our project aimed to define e-discovery and put together basic materials about how to approach e-discovery at a practical level.

We published the first version of the EDRM diagram on January 1, 2006, and many years later EDRM, now run by Duke Law School, continues to be a going concern. The diagram caught on, we think, because we came along at the right time with a model and some explanations and filled a vacuum. Today the EDRM model is used around the world by law firms, corporations, governmental legal departments, service and software providers, classes on e-discovery, you name it.

What brought you to BDO?

Two key things brought me to BDO. First and foremost was the people. Second was the bench strength, bandwidth, and resources that a large organization like BDO offers and that I, as a solo practitioner, could not offer.

The latest BDO survey is extensive. What do you consider the most significant findings?

At a high level, corporations are looking at ways they can better prepare themselves to address privacy issues. They also are trying to figure out how to most cost-effectively handle their e-discovery needs and, increasingly, they are willing to take advantage of technological capabilities to reduce what they spend on e-discovery in litigation and investigations. Furthermore, corporations are taking a more active role rather than leaving things such as managing e-discovery largely in the hands of outside counsel.

That tells us that as data privacy concerns have become more prominent and the pressure to prevent as well as respond to data breaches has become more compelling, corporations have felt a growing need to increase information governance budgets. And a significant part of those budgets likely will go toward helping better respond to privacy regulations like the GDPR, the California Consumer Privacy Act and other state legislation, and, potentially, federal legislation as well.

By spending more money on information governance, data privacy and cybersecurity, companies can better get their electronic houses in order. The more orderly those houses become, the less expensive it can be to deal with electronic discovery issues as they arise. Essentially, you end up preserving, processing, hosting, reviewing, and producing less data – and that means lower costs as well as reduced risk.

In addition, the better you govern your data, the more likely you are to quickly and efficiently locate the data that matters most for e-discovery purposes, whether that means data you need to hand over to a government entity, produce in a lawsuit, or use to build your case.

Beyond the survey, what challenges are the e-discovery industry currently confronting?

The depth and breadth of data available on and through mobile devices is astounding compared to what you can get through a laptop or a desktop computer.

Mobile data is hard to get. In part this is because there are so many makes and models of phones. In part the difficulty comes from how attached we are to our mobile devices. None of us likes to let go of our phones for the time it takes to copy data from them, and everyone seems to recoil at the idea that their most personal information – the data from their phones – will be poured over by others.

Getting the data is just the beginning. Email messages conform to a standardized set of protocols; not so the data from mobile devices. There are many forms of communication available via mobile phones: email, of course, but also various types of text messages. Platforms such as WhatsApp and Slack may need to be dealt with. Gathering up the content from these varied forms of communications and making them easy to work with is a major challenge facing corporations and the law firms and service and software providers that support them.

Much still needs to be done to make mobile data more easily obtainable and usable. The tools, technologies and techniques haven’t caught up yet. 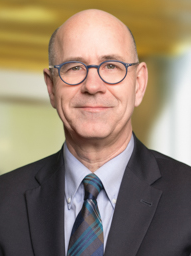