In a recent change of position, the department of Labor has endorsed a new standard for determining when an unpaid intern is entitled to compensation as an employee under the Fair Labor Standards Act. Previously, the DOL applied a rigid six-part test to determine if an individual was an unpaid intern as opposed to an employee. Now, with the new standard, it looks like the DOL has decided to change course.

Back in 2010, the DOL’s Wage and Hour Division rolled out a six-part test for assessing an internship relationship. The test specified that an unpaid intern working at a for-profit company would be considered an employee under the FLSA unless all six factors of the test were met. The factors essentially required that the internship resemble the sort of instruction the individual would have received in a classroom setting and that the employer “derive no immediate advantage from the activities of the intern.” Under the test, if any one factor turned in favor of employee status, the individual would be considered an employee. In particular, if the company received any economic benefit from the intern’s services, the intern would then be considered an employee and, as a result, be entitled to overtime compensation, minimum wage and other safeguards of the FLSA.

The DOL’s 2010 guidance paved the way for a string of plaintiffs’ lawsuits seeking employee status and, in turn, wage payments from various companies. The Second Circuit Court of Appeals issued the first major roadblock to such lawsuits when it delivered its 2015 decision in Glatt v. Fox Searchlight Pictures, Inc. In that case, the Second Circuit rejected the DOL’s six-part test, finding, “We decline DOL’s invitation to defer to the test laid out in the Intern Fact Sheet. … we do not find it persuasive, and we will not defer to it.” Instead, the Second Circuit found that courts should assess an individual’s internship status on a case-by-case basis to determine the “primary beneficiary” of the relationship. The court then went on to articulate its own list of seven factors intended to satisfy that inquiry, none of which was exhaustive.

Standing with the Second Circuit, the Eleventh Circuit also rejected the DOL’s six-factor test, holding that courts evaluating an intern’s wage claims should “focus on the benefits to the student while still considering whether the manner in which the employer implements the internship program takes unfair advantage of or is otherwise abusive towards the student.” Likewise, the Sixth Circuit and, ultimately, the Ninth Circuit issued the final blow, expressly rejecting the DOL’s six-part test as inconsistent with the FLSA.

These courts, recognizing that internships are widely supported by the education community, have sought to strike a balance between providing individuals with legitimate learning opportunities and the exploitation of unpaid interns. Under the recent trend of analysis, courts have ultimately found that the DOL’s six-part test did not facilitate that goal.

In keeping with the rulings of the courts, the DOL recently announced, in a brief statement, “that going forward, the department will conform to these appellate court rulings by using the same ‘primary beneficiary’ test that these courts use to determine whether interns are employees under the FLSA.” The DOL further announced that “the Wage and Hour Division will update its enforcement policies to align with recent case law [and] eliminate unnecessary confusion among the regulated community and provide the division’s investigators with increased flexibility to holistically analyze internships on a case-by-case basis.”

The DOL has updated its fact sheet on unpaid interns to reflect this new test. The new standard considers the following factors to determine whether an intern or student is, in fact, an employee for purposes of the FLSA:

- The extent to which the intern and the employer clearly understand that there is no expectation of compensation. Any promise of compensation, express or implied, suggests that the intern is an employee – and vice versa.

- The extent to which the internship provides training that would be similar to that which would be given in an educational environment, including the clinical and other hands-on training provided by educational institutions.

- The extent to which the internship is tied to the intern’s formal education program by integrated coursework or the receipt of academic credit.

- The extent to which the internship accommodates the intern’s academic commitments by corresponding to the academic calendar.

-The extent to which the intern’s work complements, rather than displaces, the work of paid employees while providing significant educational benefits to the intern.

- The extent to which the intern and the employer understand that the internship is conducted without entitlement to a paid job at the conclusion of the internship.

What does all of this mean for your company? First, keep in mind that the above only applies to for-profit companies. There is generally far more leeway with not-for-profits. In a footnote, the DOL’s guidance reiterates its position that “unpaid internships for public sector and non-profit charitable organizations, where the intern volunteers without expectation of compensation, are generally permissible.” For-profit companies should not rely solely on this information in determining whether they can engage unpaid interns. There are several other factors to which employers must give consideration. On the wage-and-hour front, since the DOL’s new position tracks several circuit courts, it looks to be reasonably safe guidance as it relates to minimum wage and overtime compensation under the FLSA.

At the federal level, other laws may be applicable to unpaid employees. These could include antidiscrimination laws requiring employers to make reasonable accommodations based on religion or a disability. At the state level, other considerations include the impact of employee benefit programs, such as unemployment and workers’ compensation or other state-mandated coverages. State laws and enforcement agencies may also impose more stringent requirements on internship programs than those established by the DOL. Finally, companies should remember that, at some point, other federal courts may disagree with the current approach to determining the internship/employee relationship.

Nonetheless, the DOL’s new guidance is in many ways a win for employers. Now, for-profit companies in the private sector that have unpaid interns will have more latitude when it comes to defending their internship programs. That is, under the old guidance, interns were entitled to wages whenever a company derived any economic benefit from the internship program. Under the new, more flexible guidance, companies must now ensure that interns are the primary beneficiaries of the relationship in order to be in compliance with the new standard. Ultimately, assessing whether an individual should be classified as an unpaid intern or an employee depends upon the unique circumstances of each case.

Erica Townes is an associate in the McNees Labor & Employment Group. While in law school, she student-clerked for the Supreme Court of Pennsylvania and Commonwealth Court of Pennsylvania, Honorable P. Kevin Brobson. She has represented indigent clients at the Central Pennsylvania Civil Law Clinic, where she gained experience in labor and employment and family law matters. Reach her at [email protected]. 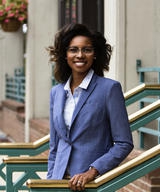 Accurately tracking hours worked by non-exempt employees for purposes of overtime pay has always been an area of potential risk for employers. The issue is thorny one because of how the federal Fair Labor Standards Act (FLSA) defines what constitutes compensable hours worked for minimum wage and overtime pay purposes.

Changes Are Afoot: Modernization is coming to the permanent labor certification program

As a prelude to my column this month, please allow me to thank Metropolitan Corporate Counsel and all of you who have read my column over the past six years. I am retiring at the end of July. It has been a pleasure. Employers are likely to soon see changes to the permanent labor certification...

SEE ALL ARTICLES ON Department of Labor (DOL)