The Defend Trade Secrets Act: Will It Replace the Diminishing Restrictive Covenant?

States across the country are currently taking aim at one of the key tools that businesses use to protect their interests – restrictive covenants. For example, state legislatures in New Jersey, New York and Massachusetts have all proposed bills that would limit an employer’s ability to include post-employment restrictions in employment agreements, which have long served to curb unfair competition.[1] In light of this trend, now is the right time to revisit one of the largest expansions of business information protection in recent memory – the Federal Defend Trade Secrets Act of 2016 (DTSA) – and check in on how the law has developed since its enactment.

To understand where we are, we need to understand where we came from. Businesses have always relied upon unfair competition theories to protect themselves. For hundreds of years, this has included claims for the misappropriation of trade secrets, a doctrine imported from English common law.[2]

Generally speaking, trade secret protection extends to information that an entity takes reasonable efforts to keep secret and “derives independent economic value” from not being generally known or ascertainable.[3] And businesses can pursue both injunctive relief and damages when qualifying information is stolen.

Although for a short period of time a business could bring a misappropriation claim under federal common law, for approximately 80 years, businesses have had to rely exclusively on state law to protect their trade secrets.[4] Applying to a broader array of information than other forms of intellectual property protection, trade secret claims have long played a critical role in filling the gap in federal law by providing protection to non-patentable and non-copyrightable innovations.[5]

As each state’s law developed differently, businesses were faced with a series of logistical problems – trade secret protection could vary depending on the state law that applied and enforcement of a violation or misappropriation. This could lead to difficult choices about where to file a claim. To address the “uncertainty concerning the parameters of trade secret protection,” the Uniform Law Commission created the Uniform Trade Secrets Act (UTSA) to codify existing state common law standards.[6] Although some form of the UTSA has been adopted in 48 states, a lack of uniformity still exists at the state level.[7] And these differences can be “case-dispositive: they may affect which party has the burden of establishing that a trade secret is not readily ascertainable, whether the owner has any rights against a party that innocently acquires a trade secret, the scope of information protectable as trade secret, and what measures are necessary to satisfy the requirement that the owner employ ‘reasonable measures’ to maintain secrecy of the information.”[8]

But on May 11, 2016 Congress took a step towards addressing this problem by passing the DTSA.[9] Under this law, businesses may now bring a federal, private, civil claim for the misappropriation of trade secrets.[10] The DTSA is a key weapon in the arsenal of business torts; it expands a company’s options when it is faced with the theft of confidential information.

The DTSA allows the owner of a trade to bring a civil claim as long as it is “related to a product or service used in, or intended for use in, interstate or foreign commerce.”[11]

While the DTSA specifically forecloses the use of a continuing misappropriation theory to evade the three-year statute of limitations provision, the viability of claims based on misconduct that began prior to and continued after the effective date of the DTSA (May 11, 2016) is an evolving area of the law.[15] Courts around the country have grappled with this issue since the statute’s enactment.

The statute itself does not directly address the question. By its terms, it applies prospectively “to any misappropriation of a trade secret . . . for which any act occurs on or after the date of the enactment of this Act.”[16] Courts, on the other hand, have typically found that the “question of whether pre-enactment conduct is actionable under the DTSA depends on [p]laintiff's theory of liability.”[17] The DTSA prohibits both the acquisition of a trade secret, as well as its disclosure or use.[18] “Under an ‘acquisition’ theory of liability, a DTSA claim is only actionable if the trade secret was acquired after the effective date of the Act. However, under a ‘disclosure/use’ theory of liability, a DTSA claim is actionable when the disclosure or use continued to occur after the effective date.”[19] Courts have reached this conclusion throughout the country since the statute was enacted.[20]

In making this determination, courts have focused their analysis on (1) Section 2(e) of the DTSA, which explicitly applies the statute “to any misappropriation of a trade secret . . . for which any act occurs on or after the date of the enactment,” and (2) Congress’s refusal to adopt language, contained in the Uniform Trade Secrets Act and in many state trade secrets laws, that explicitly prohibits continuing misappropriation claims based on conduct that began before the effective date.[21] Critically, a plaintiff must allege a specific act of misappropriation that occurred on or after the effective date to benefit from this theory.[22]

The DTSA is also broader than many state laws in a few key areas, including permitting a civil seizure remedy and applying to extra-territorial conduct.

Aside from providing the traditional misappropriation remedies of monetary damages and injunctive relief, the DTSA provides a powerful new tool for trade secret prosecutions – the ability to obtain an ex parte civil seizure of property.[23] This remedy is only available in “extraordinary circumstances” and requires a court to find that it “clearly appears” that:

Since the DTSA’s enactment, there have only been a handful of cases discussing this remedy. However, as many commentators predicted given the nature of civil seizure and the statute’s requirements, courts have been reluctant to order it.[25] Courts have instead relied upon typical forms of injunctive relief, finding civil seizure to be unnecessary under the circumstances. Nevertheless, this is the most drastic relief available and a key option to remedy the most egregious misappropriations.

Indeed, when drafting the DTSA, Congress was expressly concerned with protecting trade secret owners from the increasing threat to trade secrets posed by conduct outside of the United States.[29] This provision will likely prove useful given the increasing importance of digital/computer-related trade secrets and the continued globalization of the marketplace.

While the parameters of DTSA continue to evolve, the statute will hopefully accomplish its stated purpose of creating “a single, national standard for trade secret misappropriation with clear rules and predictability for everyone involved” and prove to be invaluable for businesses that are seeking to move quickly and with certainty to protect their most important information.[30] More importantly, as the legal landscape changes, we expect trade secret claims to play an increasingly pivotal role in unfair competition cases.

Rosaria A. Suriano is a member in the litigation practice at Brach Eichler LLC. Reach her at [email protected].

Kent Anderson is an associate in the litigation practice at Brach Eichler LLC. Reach him at [email protected].

[12] 18 U.S.C. § 1838 (“[T]his chapter shall not be construed to preempt or displace any other remedies, whether civil or criminal, provided by United States Federal, State, commonwealth, possession, or territory law for the misappropriation of a trade secret . . .”).

[14] Of course, a defendant in a DTSA case brought in state court would have the option of removing the matter to federal court.

[15] See 18 U.S.C. 1836(d) (“A civil action . . . may not be commenced later than 3 years after the date on which the misappropriation with respect to which the action would relate is discovered or by the exercise of reasonable diligence should have been discovered. For purposes of this subsection, a continuing misappropriation constitutes a single claim of misappropriation.”).

[24] Id. The DTSA also contains specific provisions that must be included in an order granting a civil seizure. Id.

[29] S. Rep. 114-220, at 15 (2016) (“As trade secret owners increasingly face threats from both at home and abroad, the bill equips them with the tools they need to effectively protect their intellectual property and ensures continued growth and innovation in the American economy.”). 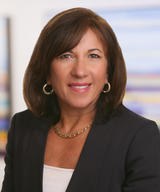 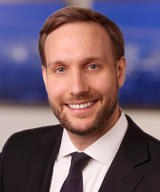 Since it went into effect in 2016, the Defend Trade Secrets Act has brought an upsurge in the number of trade secrets cases being brought in federal court. As Robert Milligan, a partner at Seyfarth Shaw, puts it, DTSA was “a real game changer in the sense that federal court was often off...

Making a Federal Case Out of It: When trade secrets go walking out the door, employers have a new vehicle to try to get them back

The reality for almost every business is that not all of its employees are going to be happy in their jobs and that, at any given time, one or more is going to be seeking greener pastures. Many times those pastures are owned by competitors, and any business owner or CEO who fails to anticipate and...

Trade Secret Disputes and Employment Risks: A top lawyer and forensic technologist weigh in on the key issues

Data theft of trade secrets through the use of portable electronic storage devices is occurring more and more, as is theft through cloud storage, according to James D. Vaughn of iDiscovery Solutions. Seyfarth Shaw’s Robert B. Milligan, who chairs his firm’s Trade Secrets, Computer Fraud...

SEE ALL ARTICLES ON Trade Secrets