Custody Problems with Bitcoin And Other Crypto-Assets

While 2020 may be a year on pause, cryptocurrency is continuing at full speed. Preston J. Byrne, Robert V. Cornish and Stephen D. Palley of Anderson Kill offer their insights.

One of the few bright spots in 2020’s unquestionably challenging business environment has been the Bitcoin and cryptocurrency markets. The prices of Bitcoin and Ethereum, the two most dominant cryptocurrencies in terms of market share, currently hover at yearly highs. Square, a Silicon Valley-based merchant processor, reported that its popular "Cash App" mobile app – one application in one country – generated $875 million in Bitcoin sales in the second quarter of 2020 alone.

Outward-facing public developments in the cryptocurrency arena also hint at significant furtive work by institutional players to lay the groundwork for future business.

Growth of business and market activity will by necessity bring many legal issues to the forefront, as cryptocurrencies appear poised to make their way into the financial mainstream. One of these issues is “custody” – what it means for financial and other regulated institutions to hold an asset that can be transferred permanently and irretrievably with a private key (akin to a password).

Some rudimentary clarity for banks was provided on July 22nd of this year, when the Office of the Comptroller of the Currency ("OCC") - the federal bank supervisor - released interpretive guidance in letter form which stated that, in its view, federally licensed banks may custody cryptocurrency much in the same way that they may custody other physical and financial assets.

This guidance was offered in recognition of the fact that, per Acting Comptroller Brian Brooks, "[f]rom safe-deposit boxes to virtual vaults, we must ensure banks can meet the financial services needs of their customers today. This opinion clarifies that banks can continue satisfying their customers’ needs for safeguarding their most valuable assets, which today for tens of millions of Americans includes cryptocurrency."

For this reason, the OCC writes, "A national bank may provide these cryptocurrency custody services on behalf of customers, including by holding the unique cryptographic keys associated with cryptocurrency."

The OCC states that its regulations “explicitly authorize national banks to perform, provide or deliver through electronic means and facilities any activities that they are otherwise authorized to perform," and "[b]ecause national banks are authorized to perform safekeeping and custody services for physical assets, national banks are likewise permitted to provide those same services via electronic means[.]” Furthermore, the OCC states that banks acting as fiduciaries – e.g. trustees, executors, administrators, receivers, or investment advisors – “would have the authority to manage them in the same way banks can manage other assets they hold as fiduciaries."

The OCC, by referring to “holding . . . cryptographic keys,” offers a deceptively simple summary of what can, under certain circumstances, be a very difficult problem. Bitcoin addresses consist of two parts, a “public key” and a “private,” or secret, key. Unlike in traditional custody, it is not possession, but knowledge of the secret key corresponding to a Bitcoin wallet – a 256-bit solution to a randomly-generated math problem – which is effectively the same thing as controlling that wallet.

Because the math problem represented by a Bitcoin key is very hard, indeed so hard that it is generally thought that no assemblage of computers currently in existence could crack one on a commercially practical timescale, the presence of a positive Bitcoin balance plus the knowledge of the secret key associated with that balance is generally referred to as “possession” of cryptocurrency which is then “held” by the person with knowledge of the private key, because it is exceedingly unlikely that such a secret would be randomly guessed or happened upon by another person, even though nothing physical is actually possessed.

The problem here is that coins spent improperly or by mistake are nigh-impossible to claw back.

Whereas land passes by deed, chattels pass by possession, and intangibles might transfer by assignment, effective control of Bitcoin is conferred by knowledge of a 64-character password that cannot be changed. There are two ways to confer control. The first is to write down the key and provide it to the recipient, but this is problematic given that it provides no guarantee that the transferor has not retained a copy for himself. The second is for the transferee to provide the public, or non-secret, component of a Bitcoin address where only the transferee knows the secret key, and require that the transferor send coins (or, in industry parlance, ‘spend coins’) to that address. The problem here is that coins spent improperly or by mistake are nigh-impossible to claw back.

“Possession” as used in common parlance can mean that a forgotten key to a large cryptocurrency balance is potentially less retrievable than a chest full of gold thrown into the deepest reaches of the Pacific Ocean. This is a hard technical problem which numerous technology companies and financial institutions are hurriedly competing to solve; equally difficult is the problem that virtually all aspects of custody of financial instruments, whether securities or currency, are, and in the case of cryptocurrency will be, governed by state-by-state adaptations of the Uniform Commercial Code (“UCC”). The very definitions of “property,” “security interest” and “bailment” for digital assets fit nowhere in the OCC’s guidance. This precludes any commercial commonality required to make custody of digital assets and related functions as envisioned by the OCC (such as swaps and secured lending) practicable.

Banker beware: State law not yet there

Although some states, such as Wyoming, began last year to provide the basic UCC tools for financial institutions in the state to facilitate lending and custody in digital assets, including definitions of the arcane definitions that serve as the bedrock of financial markets, most states’ legislative efforts in this arena are below-par.

In essence, the recent OCC letter is what Merle Haggard once called “Rainbow Stew” for virtually all of the United States. That is, perhaps a very nice idea but, considering the current reality of federal
regulation and rule making, impossible to implement. For the time being, those with “Rainbow Stew” visions of leveraging recent OCC guidance should consider establishing operations in progressive states like Wyoming at the risk of awaiting either harmonized UCC revisions from 49 states and 5 territories, or a well-funded banking market disruptor from abroad who can unscramble disparate legislation to its benefit.

Inadequate or legally uncertain custodial provision ahead of time can lead to disasters (such as the loss of access to an estimated nine-figure fortune by the estate of banking heir Matthew Mellon, who was unable to make such provision before his death in 2018 and is reported to have taken his cryptocurrency keys to his grave).

Counselling your clients – whether they be high net worth individuals seeking to pass on their wealth to the next generation, or companies seeking to accept payments through non-traditional rails, comply with government orders or act in a fiduciary capacity – requires an understanding of how difficult the custody problem really is and how important it is for custody to be provided correctly. 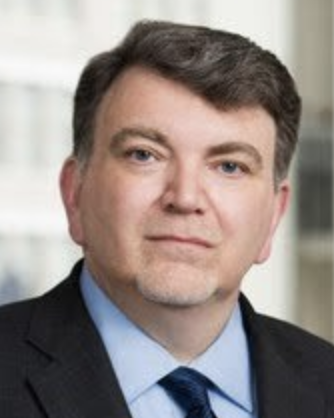 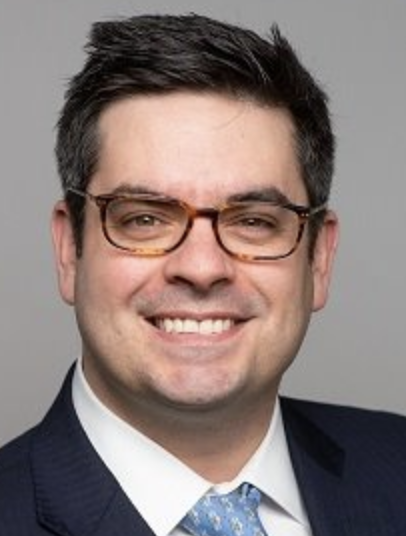 Cryptocurrency Crimes Are in a Class of Their Own

As insolvent exchanges and IPOs continue to grow, finding the right technical partner with computer and accounting forensic skills to resolve the issues raised by digital currencies is more important than ever.

Seeking liquidity, confidentiality and reduced slippage, large market participants have pushed the over-the-counter (OTC) cryptocurrency exchange volume to exceed, by some estimates, $12 billion daily. With settlement fees starting in the low single digits, as a percentage of trade size, and...

SEE ALL ARTICLES ON Cryptocurrency