Creating, Building And Protecting A Strong And Memorable Brand

Editor: Please tell us about your practice.

Klein: My practice focuses on trademark and copyright law and also covers a wide variety of issues relating to social media, data protection and privacy, rights of publicity and unfair competition. I have a very practical, business-oriented approach, and I like to work with brands to identify and solve problems so that they can fulfill their business objectives. I regularly counsel clients on brand development, licensing, and protection and enforcement of intellectual property, both in the U.S. and as part of a global strategy.

Editor: What are some best practices for creating a brand name? What kind of due diligence should be done before registering a trademark?

Klein: This question reflects the age-old tension between marketing and legal goals.

From a marketing perspective, brand owners often want to use terms that immediately convey information to the consumer about the product, for example, The Children’s Place or Bed Bath & Beyond. While those brands have succeeded in distinguishing themselves in the marketplace, from a legal perspective, marks of this type are often difficult to protect.

Legally, there are compelling benefits to creating a brand name that is unique and distinctive in its industry. Best is a term that is completely made up, known in trademark parlance as “fanciful,” as it is easier to stop others from using a fanciful term since there is no reason for them to do so. Classic examples of fanciful marks are Kodak and Exxon. Another well-advised approach would be to apply an existing term to a new context, known in trademark parlance as an “arbitrary mark,” such that the term has no relationship with the product. Take Apple, for example: for a fruit stand, Apple would be nearly impossible to protect as a trademark, but as applied to computers, it is distinct and is therefore a strong mark.

Before registering – or even using – a trademark, you want to conduct research to determine whether a third party may have prior rights in the same or a similar term. First, you should check the U.S. Patent & Trademark Office records for registrations or applications for prior similar marks. You should also research the Internet and other relevant sources for marks that are used but not registered, known as “common law” marks. In the U.S., trademark rights are established through use (with additional benefits gained through registration), so it is important to consider prior rights of both registered and unregistered marks before you adopt or apply to register a trademark.

It’s key to search for terms that look or sound similar to, or have the same meaning as, your proposed mark, not just terms that are identical. I’ve had clients who’ve said something along the lines of, “I’m spelling the term with an ‘e,’ and they spell it with an ‘a’ – isn’t that different enough?” The answer is usually no. The standard for trademark infringement is “likelihood of confusion,” i.e., the marks must not be “confusingly similar.” Typically, changing one letter is not enough to avoid confusion.

Editor: How do these practices vary across sectors?

Klein: The guiding principles are the same across sectors, although how they are applied varies, primarily because a word will have a different meaning – or perhaps no meaning – depending on the sector at issue. For example, in the fashion industry there is widespread use of terms that convey the quality of material, such as “luxe,” “pure” or “silky.” As such, in relation to clothing, these terms are typically not deemed to connote source, and are difficult to protect as trademarks. Apply any of these terms to the electronics industry, however, and it would not communicate a quality of the goods and thus would be distinct and protectable. Likewise, in the private equity world, terms such as “capital markets” or “offshore funds” have specific meanings, rendering them unavailable for exclusive use by one company. An effective way to build a brand while still using these terms is to use the same dominant term and combine it with descriptive terms so that the brand identity is reinforced. For example, private equity firm ABC may brand its management company as ABC Capital Management, and build a family of funds that includes the ABC Overseas Fund and the ABC Offshore Fund, thus reinforcing its identity as ABC.

Editor: I imagine certain brand names – Best Buy comes to mind – may be nearly impossible to trademark. How do you advise clients to avoid such names?

Klein: The more distinctive a term is, the easier it is to protect. In your example, the mark Best Buy initially was not registrable because it was deemed legally “descriptive” in that it immediately conveyed a quality of the retail services provided under the mark, i.e., you get a great deal, or a “best buy.” However, through long-term use and advertising, consumers have come to identify the term Best Buy with one source, and that term has gained what’s legally referred to as “secondary meaning,” which is renown sufficient to render it protectable as a trademark.

While there are certainly legally descriptive marks that have become extremely strong through long-term exclusive use, adopting a descriptive mark can be a risky brand strategy. Establishing secondary meaning often takes many years, during which time other trademarks can enter the market that might be closer to your mark than you might want to tolerate. If you make up a term, or apply an existing term to a good/service for which it has no meaning, you immediately have a broader scope of protection and can cast a wider net for stopping competitors from using a similar term.

Editor: What challenges arise when taking a U.S. brand overseas, particularly in countries such as China, where trademark protection is weak?

Klein: As I mentioned earlier, in the United States, trademark rights are based on use, with additional rights gained through registration. However, many countries, including China, follow a first-to-file regime, which means that – with certain caveats, mostly relating to famous marks such as Coke – the rightful owner is the first person or company to file a trademark application. This can be problematic for a company that starts in the United States and does not plan to expand geographically for many years. While a young company needs to be budget-conscious, if it has plans for global expansion, it may be best served to file defensive trademark applications selectively to preserve its ability to expand later on.

When taking a brand overseas, it’s also wise to consider translation of terms and cultural sensitivities. For example, the number 4 is considered unlucky in Chinese because it sounds like the word for death. While “4U” might be a good mark for teen girls’ sportswear in the U.S., you might not want to use it in China.

Editor: In 2012, the Innovative Design Protection Act (IDPA) was approved by the Senate Judiciary Committee. How would the Act protect fashion design and apparel enterprises? Do you believe it would be an effective deterrent to knock-offs?

Klein: The IDPA, which was introduced by Chuck Schumer in September 2012, was one in a long line of proposed legislation intended to provide protection to fashion designs that is not available under the current copyright statute. While approved by the Senate Judiciary Committee, it was not voted on by either House by the end of the Congressional term, so it would need to be reintroduced to be further considered.

The issue is that under the copyright statute, most fashion items are deemed “useful articles” and thus are not protectable. While there are a few exceptions to this general statement – for example, a dress so unique that it’s more of a wearable sculpture than a dress, or a belt buckle with an original expressive component that is physically or conceptually separable from its useful function – most clothing and accessories don’t qualify for copyright protection.

The IDPA, if enacted, would have amended Title 17 of the U.S. Code to extend protection to fashion design, including clothing, handbags, purses, wallets, tote bags, belts and eyeglass frames. It would have provided a three-year term of protection (as compared to 95 years for a work-for-hire). It also would have established an infringement standard and burden of proof specific to violations of original fashion designs.

There is much debate over whether this type of bill would generate or stifle creativity. I believe a bill of this type would be useful, but I don’t believe it’s the ultimate answer. We need to continue to search for legislative solutions that reward innovation and adequately protect the fashion industry. However, just as, if not more important, we also need to increase public education campaigns and focus on changing cultural acceptance of counterfeits and knock-offs.

Editor: With the advent of social media advertising, the rules seem to be changing. Are there any recent trends in this new space that trademark or copyright holders should be aware of?

Klein: The rules do seem to be changing, and many brands appear to be shifting their views of what is acceptable (or even positive) from a trademark perspective. For example, we’ve seen many companies engaging their followers as “brand ambassadors” and encouraging their consumers to talk about their brands or post pictures on social media pages. While this is a good way to increase reputational buzz, it can also create legal complexities. Under traditional trademark law, brand owners are required to control the use of their marks by others, and thus have an obligation to police their marks against unauthorized use. Encouraging consumers to use your mark without controlling the manner of that use can result in your mark being used improperly and lead to infringement of your rights. On the other hand, if a brand owner authorizes use of its mark by consumers, the brand owner could arguably be liable for the consumers’ activities.

The rules have also changed with respect to “genericide,” the legal term for a mark that has fallen into the public domain because it no longer functions as a source identifier in that it has become the generic term for the goods or services at issue. Examples of generic terms that were once registered trademarks include thermos, escalator and zipper.

Historically, brand owners have worked hard to avoid improper use of their marks as a noun or verb to indicate the goods/services provided, as trademarks are technically adjectives that should be followed by a noun (e.g., Starbucks coffee). More recently, however, companies like Google are encouraging use of trademarks as nouns or verbs, as while legally sensitive in the long term, such use increases brand awareness in the short term and readily communicates that brand as the market leader.

Editor: Are there any affirmative steps a company can take to protect itself against misuse of its trademarks or copyrighted materials on the Internet?

Klein: First and foremost, educate your consumers about your trademarks and copyrights. Make sure that your website’s Terms of Use advises of your rights and communicates your policies regarding use of your trademarks or copyrighted material. You should also use the ® or ™ as appropriate, so as to give notice of your rights. While trademark notice is not legally required in the U.S., it brings several benefits, including relating to the ability to recover damages for trademark infringement. Finally, on a practical level, there are often technical measures that can be implemented to disable copying from a website, or at least make it more difficult. Legal teams would be well-served to work with their technical teams to coordinate efforts and goals. 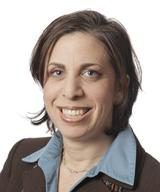