Creating a Culture of Success 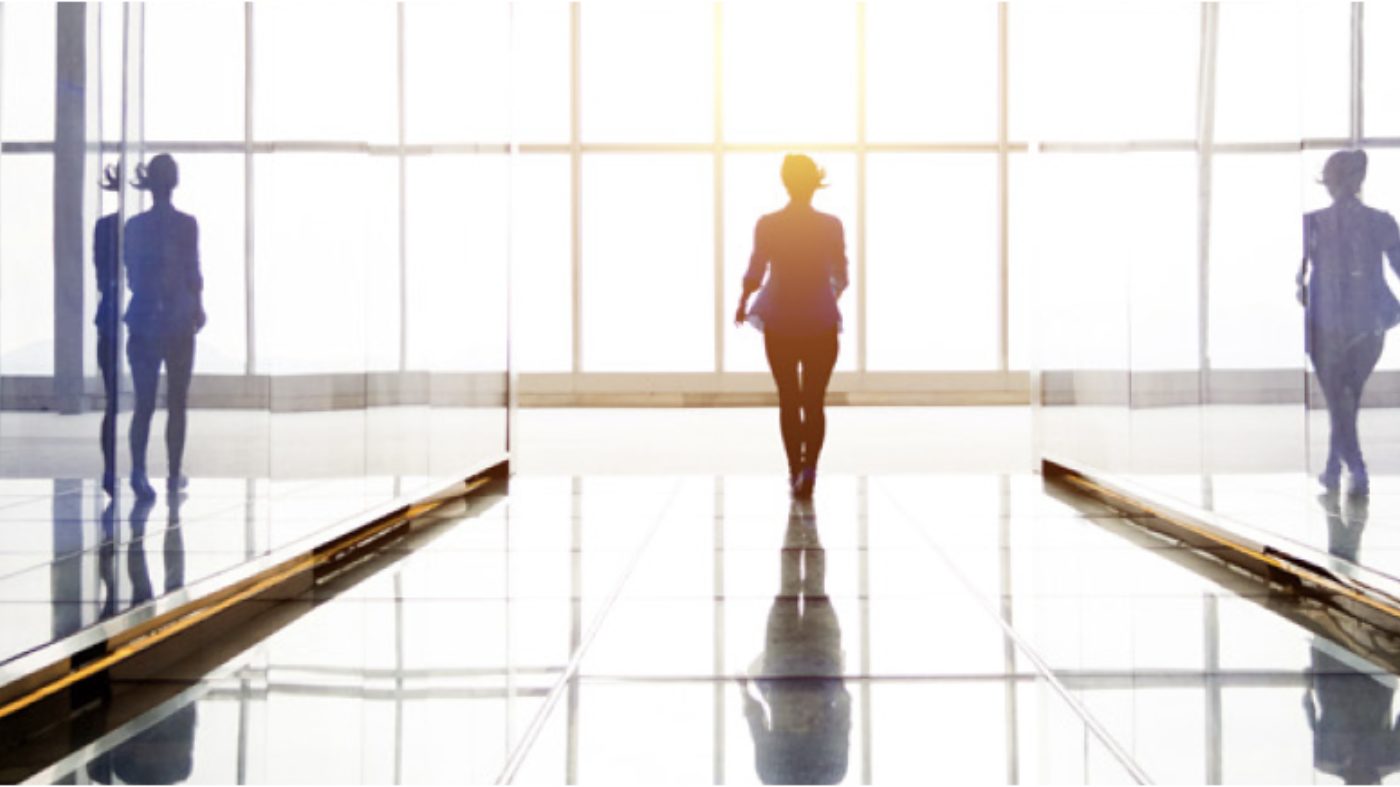 Kim Keenan, mediator and arbitrator with JAMS, discusses what it takes to succeed as a lawyer, why she thinks diversity and inclusion efforts have been slow to show results in the profession, and how people can come together collaboratively to achieve better results.

CCBJ: You’ve had an extraordinary career working for organizations like the National Association for the Advancement of Colored People (NAACP), several media companies, and as an adjunct professor. Who and what has influenced you along the way?

Kim Keenan: When you see the best, it makes you want to emulate the best. I’ve gotten to see some of the really great lawyers of our time. I saw Mayor Marion Barry’s lawyer Ken Mundy in court. I saw Johnnie Cochran in court. I’ve seen really great trial lawyers do what they do, both in civil and criminal cases. And early in my career, I had some great mentors and met a lot of really helpful people. When I was in law school, I was fortunate enough to meet Suzanne Richards, who was the first female president of the Bar Association of the District of Columbia. She was a close friend of my mentor at the time, a woman named Mabel Haden, who was a solo practitioner in Washington and was doing things that women didn’t usually do at the time. She owned her own thriving practice, and she was always dropping these pearls of wisdom on me and inviting me to functions. At one of these events, a bar dinner, I met Suzanne Richards. Like a typical law student, I asked her, you know, “What do you do?” And she said, “I only do what I want to do. I only represent people I want to represent. I only work on projects I want to work on.” I remember thinking, “Now that’s the job that I want.” I really internalized that message, and repeated it to myself all the time: “The goal should be to do things that you love – things that you want to do.” That was a great influence – as was my whole relationship with Mabel Haden, my mentor. She was one of the first lawyers I met during law school, and every step of my career, from the very beginning, she would help me plot out where I wanted to go. She would talk with me and offer her insights and observations.

I feel really blessed to have had the experiences I’ve had, and now I try to do that for other people. Not just for women, but for all kinds of people I meet along the way. I’m a senior adjunct professor at George Washington University Law School, where I teach trial advocacy and pretrial advocacy. I occasionally teach a mediation section in the pretrial advocacy course, to give students the experience of really trying to resolve a case in real time with real facts. So the students learn that litigation isn’t just arguing in a courtroom before a jury, or arguing before a judge – sometimes it’s also about getting together with the other side and a neutral to find a solution that resolves the whole matter. I’ve been teaching for more than 20 years, and I’ve found that lately more and more students are coming to the class with the notion that they will mediate someday.

I can promote diversity better on a budget committee than I can on a diversity committee.

There has been a great deal of discussion about diversity and inclusion in the legal profession, but there continues to be a struggle to move the needle significantly. Why do you think that is?

It’s counterintuitive, but I think that unless the diversity committee is itself very diverse – and I mean diverse in that it has participation from people with all different kinds of perspective – then it’s like you’ve sent all of the people who can help with the problem to a separate room to resolve it. And I don’t understand why you would do that and not see fairly quickly that it just leaves you with the status quo. We don’t have to do it all by committee. We could just decide that every time we’re going to hire somebody new, we’re going to try to hire in a way that reflects what we want to be as a company.

I just read this article in which someone at Wells Fargo, who apologized later, said he didn’t know where to find Black talent. Well, as a talented Black person I’m always surprised by that because I’m like, “Well, I know some talented Black people.” But if you’re not asking people who would have access to those people, you’re going to think that there are no people like that, simply because they are not in the room with you.

So when I hear that people are doing it the same way they’ve always done it, I tend to think to myself, “Well, then they don’t actually want a different result.” They’re not actively trying to create a diverse mix at their company. Yes, it’s frustrating, because it can’t be done overnight. But it should be something that can be accomplished over a period of time. Every business, law firm, corporation, etc., has targets about what they want to accomplish every year. So if this is a goal that’s worthy and truly desired by the company, it’s a doable goal.

In many of my discussions with women, there is frustration with the same old advice – to take more risks, speak up in meetings, etc. What advice do you have for women who are looking to rise in the ranks at their organization? And how can men and women work together to advance diversity and inclusion in the legal profession?

I worked for the NAACP, so almost by definition I’m talking about Black people, but I’m going to tell you what they are fixated on: “Can you create at outcome?” I don’t remember anybody at the NAACP ever asking me what law school I attended. Ever. Because all they wanted to know was whether I could actually do what lawyers do. I had to prove that to them. Maybe they weren’t used to seeing a woman in my role, but it certainly didn’t change their focus from “Can you get this done?” If you could prove to them that you could get it done, you didn’t have to have conversations like, “What law school did you go to 20 or 30 years ago?”

The goal is to create a culture where the people in charge want to hire and promote people who can get the job done, regardless of what they look like. But to answer the second part of your question, that culture is created by men and women working together – by men and women in the workplace really focusing on connecting and networking.

I can think of a lot of men who gave me opportunities. I remember one time there was a senior associate at a big firm I worked for, and his secretary couldn’t work late one night. I was an associate who worked late, and I was the only other person around, and he looked over at me and said, “I’ve got this document due, and it needs to be copied and stapled.” I looked at him like, “Are you kidding me? Are you really saying this to me?” Then he actually said, “My secretary isn’t here to do it.” And I was like, “And that’s the reason you’re giving me this?” I went and made the copies and I brought them to him, but I closed the door to his office and said, “I’m on this team, and I’ll do whatever it takes, but I’m not even working on this project and you just said to me, ‘My secretary isn’t here, so you can do her job for me?’ I don’t think that’s appropriate, and it doesn’t value me as a contributor to this team.” I hadn’t worked with him up until that moment, but after that night he asked me to work on everything. And not only did he let me work on important matters but he also really took the time to help me become a great writer. He was a mathematician with words. He could parse the right words and create the right tone. It was sharp, it was succinct, and he really, really invested time in showing me how to write like that.

Now, if you think about it, the beginning of that story, it could have gone very badly. But for whatever reason, I’m the kind of person who will say, “Nope. Let me go in here and look him in the eye and say, ‘You all paid a lot of money for me to be here, and I’m here because I work late and I work hard. But I’m not the copy girl.’” I think he just thought, “Well, look at all this spunk.” And he gave me so many opportunities, and I credit a lot of my writing style to him. He wanted to work with me because I was literally learning his style, and I was able to emulate it.

Those kinds of opportunities to learn are what ultimately give you the confidence and competence to be good in any situation. So I think that it takes men and women working together. I think that there are some men who get a bad rap but actually are open to making a change in how they do things.

If you want to be someone who is successful in your organization, you need to look at the people who have achieved success.

You said that in many of your discussions with women there’s frustration with the advice to simply take risks and speak up more. This is what I would say: In every organization, it is obvious who is successful, whether it’s a man or a woman. The successful people have habits of success. And it isn’t just that they’re comfortable or confident speaking up in a meeting. That is one of the things though, and it’s important that you have that confidence and competence to know when to speak up and when to listen. Sometimes people don’t realize the importance of knowing when to listen and not say anything. But at the end of the day, you want to observe the people who are successful and just see what they do. What do their days look like? Are they sitting in the library all day? Of course not. They go to dinners. They are speaking at events. They are out and about with people who can potentially give them business. They aren’t sitting in their office with the door closed, reading a book. If you’re sitting in the office with a book and they’re out at all of these events, regardless of whether you spoke up in the meeting, it isn’t going to matter. 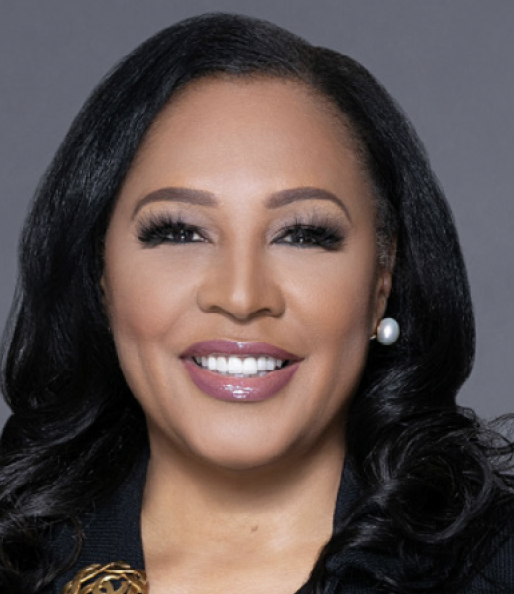 Trailblazers in the Fight for Racial Justice and Diversity

Ahmed J. Davis, principal at Fish & Richardson and national chair of the firm’s Diversity Initiative, talks about the work Fish is doing on the racial justice front, from the firm’s efforts to hire and promote more diverse leaders to its broader efforts to help address systemic inequalities in our society.

The Business Case for a Diverse Supplier Program