In The Courtroom, Seeing Is Believing

Editor: Please tell us about your practice at Jones Day.

Ruttenberg: As a trial lawyer in Jones Day's trial practice group, I typically represent individuals accused of complex white-collar crimes. I also represent those same types of clients in parallel civil proceedings, for example, where the SEC is bringing a civil enforcement action against a client who the Department of Justice is prosecuting criminally. I am typically in federal court, though I also represent clients in a variety of state courts, usually in criminal matters, and I also consult with other trial teams about the effective design and use of graphics in courtroom presentations.

Editor: As a trial lawyer, what is your general approach to communicating with juries?

Ruttenberg: One of the most important tasks for any trial lawyer is to identify the overarching case themes that must be communicated to the jury in a succinct, understandable and memorable way. By necessity, we spend a lot of time in the weeds of our cases through investigation, discovery, motions practice and other strategies. While developing evidence for trial is essential, it is also important to never lose sight of the most effective means to communicate that information to the jury, or to the judge in a bench trial. My approach is really twofold: it is partly substantive, developing key themes and theories to help the jury make sense of all the detailed evidence to be presented through witnesses and documents; and it is partly practical and psychological, developing the most effective means of communicating those themes and theories to the jury in a way that they will not only understand, but also identify with and remember throughout their deliberations.

Editor: Why is it so important to use graphics in the courtroom?

Ruttenberg: Regardless of the client or the case, trial lawyers all face the challenge of effectively communicating unfamiliar, complex and often voluminous information to an audience that typically lacks the background to easily understand it. As the complexity of the issues increases, jury interest, comprehension and retention generally decreases. In trial, our objective is to present complex issues in the most comprehensible, succinct and attention- getting way. We need jurors not only to understand the evidence, but to understand it from our client's perspective and to remember that perspective during their deliberations. In that regard, the importance of courtroom graphics and visual presentations can't be overstated. We now live in a world that is increasingly orientated toward the visual. We are accustomed, and frankly expect, to receive information through visual means, which we use as the basis for opinions and decisions. Visual aids relying on concepts developed in psychology, advertising and graphic arts are being successfully adapted more and more frequently in litigation. Professionals in those fields have known for years that visual learning is the most effective method for the vast majority of the population for both comprehension and recall. In fact, studies have shown that over a 72-hour period we remember 87 percent of what we see but only 10 percent of what we hear. The question is no longer whether to use graphics in the courtroom but rather how to do it most effectively.

Editor: How have you developed your expertise in designing and using effective courtroom graphics?

Ruttenberg: Like most of the population, I am an extremely visual learner and have long been interested in the psychology of how visual images impact understanding and memory. I have used visuals to aid presentations for many years, and parlaying that knowledge in jury trials was a natural transition. When interviewing jurors post-trial, I always ask about the impact of the visuals - what worked, what didn't, and why? I have learned a tremendous amount from talking to jurors, as well as from working with graphic designers, jury consultants and other professionals, to develop effective presentations.

Editor: Can you give us some examples of effective applications of graphics and the types of considerations that go into designing them?

Ruttenberg: There are many techniques for presenting case theories and key evidence visually. As an example, I often use a flow chart or timeline to condense large amounts of testimony or other evidence into a single visual exhibit to facilitate the jury's assimilation of that information. I build the chart or timeline gradually in front of the jury to control the jurors' intake of the information, and I use other design elements to reinforce key themes. For instance, during a complex white collar trial in federal court that lasted nearly four months, the evidence established that three individuals took many actions to further an accounting fraud. But my client had no knowledge of and did not participate in those activities, despite the government's allegations to the contrary. I designed the closing argument so that all of the visuals distinguished between my client (with blue slides), and the other individuals (with red slides). Later in the closing, a timeline was an effective tool for assimilating all of the incidents alleged by the government, and the blue and the red came together to graphically reinforce a key defense theme - that others (in red) consistently took unlawful actions while my client (in blue) was engaged elsewhere. Even if the jurors failed to remember each incident depicted on the timeline, they would recall the red and blue distinction and therefore would recall this important, overarching defense theme.

In designing effective graphics it is important to consider design basics and make purposeful decisions when choosing details like color, type fonts, how much information is on a single visual and even the size of the visuals. For example, color is often considered one of the most important design elements because we process color faster and from a greater distance than shapes, words or patterns. Advertising researchers have found that color images stimulate about 40 percent more interest than black and white, and that a color ad holds the viewer's attention three times as long and has four times the retention value as a black and white ad. We also know that color preferences and meaning vary with age, gender, culture and geographic region. We know that one in five people have red/green color blindness, and the ability to discern blue decreases in many people after age 50. If we are aware of color and its impact, and we know the make up of our own jury, we can use color to our advantage in presentations.

Editor: What are some mistakes that you see litigators make in their visual presentations?

R uttenberg: There are many ways litigators can make visuals more effective and add value to the overall presentation. Probably the biggest affirmative mistakes I see are putting too much information into each visual and not effectively integrating the visuals with the oral presentation. When either or both of these mistakes are made, the visuals can actually become counterproductive and detract from the presentation, and important information the lawyer is trying to communicate can be lost.

I have seen many outstanding, seasoned attorneys use confusing visuals, and use them in a manner that fights with the oral presentation, which then diverts the jurors' attention from the presentation rather than enhancing it.

Editor: How does technology impact the effective use of graphics in court?

Ruttenberg: The technology available today is varied and impressive. Courts are more and more frequently allowing, and in some cases even encouraging, the use of technology in trials. The key is to use technology as a tool to effectively present information and not design a visual that adds no value to the presentation simply out of a desire to use the technology. Sometimes lawyers are so enamored with available hardware and software that the substance of the presentation is overshadowed with gimmicks. Or worse, they lose the respect of the jurors who think that the lawyers aren't taking the case seriously enough.

I also strongly recommend that before lawyers commit to using any form of hardware or software, they should make sure that they are comfortable using it in court. By fumbling too much with technology, lawyers risk offending the jury by wasting their time. If a lawyer doesn't have time to learn the technology, he or she should have someone else run it so that the presentation in court is seamless.

Lawyers should also keep in mind that sometimes the most effective way to present an important visual image is the simplest. I encountered this issue in a recent two-week jury trial where surveillance video was exceptionally important in my defense case. The prosecutor played the video on a television screen angled towards the jury. The image was clear, but the screen was too small for most of the jurors to see it. I tested the video using a laptop, projector and large screen, but the image was too dark. So, for my closing argument, I abandoned technology entirely and instead used a large foam board to display stills from the videos arranged like a film strip. The images were clear and bright, and I held them up for the jury as I walked from one end of the jury box to the other, pointing out the important details. The jurors had a great view and were clearly engaged in the presentation, leaning forward and taking notes.

Finally, as is always the case with technology, have a backup plan. Bring a spare of everything practical - cords, cables, flash drives, laptops and even projection bulbs. I also bring a full color set of my visuals in hard copy and make sure that there is a document projector (often referred to by the brand name Elmo) in the room in case other technology fails.

Editor: When in the proceedings do you challenge the visuals your opponent wants to use with the jury?

Ruttenberg: Generally, my practice is to encourage the exchange of purely demonstrative visuals (as opposed to Rule 1006 summary exhibits) a few hours before they will be used. I don't want to do this too far in advance if the slides may give my opponent a roadmap to my examination or closing argument.

Editor: What constraints, if any, do the Federal Rules of Evidence place on visuals that can be displayed to jurors?

Ruttenberg: The most common ground that I have seen for challenging court- room visuals, which are essentially demonstrative evidence, is Rule 403, and usually on grounds of unfair prejudice. Of course, a graphic could also be challenged for being confusing, time-wasting, or repetitious under Rule 403. Other potentially applicable rules are Rule 401, regarding relevance, and Rule 611(a), which gives the judge discretion over the mode and order of presenting evidence. If lawyers plan to use charts or summaries to present voluminous data, then Rule 1006 will govern. And Rules 901 and 702 also could impact the substance of an attorney's visuals, as in the case of simulations. It is important to keep these rules in mind not only when designing your own visual aids for trial, but also when scrutinizing your opponent's.

Editor: What strategies do you consider when evaluating your opponent's visuals?

Ruttenberg: Certainly, if an opponent's slides are exceptionally misleading, I may raise a Rule 403 objection with the court and seek to keep them out of the case. But I may also decide not to object. If I can use their visuals in my own case or my closing argument and point out the flaws, it can go a long way towards casting doubt on my opponent's credibility. If I have enough lead time, I will even modify their visuals to make them accurate and then show the jury the "before and after." Another strategy that I have used is to look for visuals that my opponent relies on that actually make my point. Even if I have my own visuals for a particular point, it can be exceptionally effective to commandeer a visual from the other side. 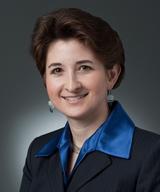