The COVID-19 pandemic has understandably caused a great deal of disruption across the country. One of the effects of the pandemic has been the excessive case backlog in federal and state courts.

Due to courthouse delays and the lack of infrastructure in place to seamlessly facilitate virtual hearings last year, parties in civil cases might not be able to have their day in court in front of a judge until the end of 2021—or sometime in 2022. Even hearings on trial motions are difficult to schedule.

Delays in bringing cases to court is stressful for everyone, but for smaller businesses seeking to resolve cases involving commercial contracts, evictions, and other pandemic-related matters, the backlogs in our courts can be especially damaging. Small businesses struggling to survive may not be around by the time their cases come before a judge.

The present situation underscores the advantages of arbitration as a form of alternative dispute resolution (ADR). Through arbitration, businesses can achieve equitable rulings on their cases in a faster, more cost-efficient, and more flexible and personalized fashion at a time when the courts are backlogged, and many people are still hesitant or unable to travel.

Rapid Resolution at a Lower Cost

Contrary to what some in the legal field might claim, arbitration is not more expensive or time-consuming than pursuing litigation in court. For example, at the American Arbitration Association® (AAA®), many of the business-to-business (B2B) cases for which they facilitate arbitration involve claims of $75,000 or less, and under our rules, for claims of that size, the evidentiary hearing takes place within 30 days of the arbitrator’s confirmation, and the award is issued 14 days from completion of the hearing.

Arbitration has been proven to be a typically faster process for resolving cases than the court system. The average lifespan of a case in federal court, according to 2020 statistics from the Administrative Office of U.S. Courts, was 27 months, while an independent study conducted by economic research firm Micronomics found that, between 2011 and 2015 the average case that was adjudicated via arbitration only took 11 months.

The Micronomics study also found that U.S. district court cases took more than 12 months longer to get to trial than cases for which the AAA administered arbitration. The delays in moving to trial during that period led to direct losses of $10.9 billion to $13.6 billion, or more than $180 million per month. Meanwhile, appeals between 2011 and 2015 added to case delays and losses, with U.S. district and circuit court cases requiring at least 21 more months than arbitration to resolve when they were appealed. This extra time resulted in approximately $20 billion to $22.9 billion in direct losses, or more than $330 million per month.

As the above figures demonstrate, it is a myth that arbitration is more expensive than litigation. Arbitration service providers typically charge a case filing fee, but it also costs money to file cases in any court. However, the filing fee for arbitration can vary depending on a case’s claim amount, and the extent of the services requested.

And, the capability to utilize videoconferencing technology for conducting ADR hearings virtually can also reduce the time and cost of arbitration. When the plaintiffs, defendants, attorneys, witnesses, and arbitrators can all participate in hearings from different locations, there is no danger that hearings will need to be delayed and rescheduled because a vital party is unable to attend in person. By significantly cutting down (or eliminating) travel time, virtual arbitration hearings reduce clients’ overall legal fees during the lifespan of their case. This is especially advantageous for small businesses that have retained external counsel to assist with arbitration.

Virtual hearings also allow a broader selection of potential neutral arbitrators beyond their local jurisdictions. One of the advantages of arbitration is that both parties in a dispute choose and have to agree on the appointment of one or more neutral arbitrators to hear and decide their case.

Videoconferencing technology enables parties in a case to consider arbitrators anywhere in the country who possess the expertise and credentials necessary for presiding over a commercial case in their respective industries. Parties based in New York City, for example, can agree on diverse arbitrators who are retired judges, retired CEOs, or industry experts based all the way in California, Hawaii, or Alaska.

Even though COVID-19 vaccines are being rolled out, the crisis is still not over. With our country’s court system likely to remain seriously backlogged into at least next year, arbitration can offer businesses an opportunity to pursue an equitable resolution to their disputes—without delay, and at a lower cost, than in the courts. 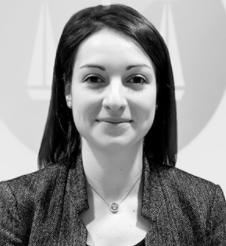