Richard Byrne, commercial law specialist and mediator with NAM (National Arbitration and Mediation), talks about why NAM was able to move its proceedings online so efficiently in a time of crisis, and why client reactions have been so overwhelmingly positive.

How is NAM is dealing the effects of COVID-19?

Richard Byrne: It’s remarkable how quickly NAM was able to move its platform from traditional face-to-face mediations and arbitrations to virtual ones – or VirtualNAM, as we call it. They flipped the entire book of pending cases on its back, re-established everything as videoconferences, and we’re working that way now. If you had said to me at the beginning of March, when I was still in the office meeting with people in person, “Rich, in a week and a half, you will be in your home, conducting all of your mediations over the internet,” I would have said, “How on Earth are we going to get this done?” But you know what? They did it.

To NAM’s credit, they had the foresight to start moving toward virtual alternative dispute resolution (ADR) a number of years ago, so they’d already trained us on how it works. People would take advantage of it from time to time, although there was a certain amount of hesitation. Most human beings don’t really like change. Nobody wants to try to fix something that’s not broken. But all of a sudden, due to this outbreak of COVID-19, suddenly there was this immediate need. And fortunately, NAM already had this infrastructure in place, so they simply moved all of the parties, all of the cases, online, and got everyone assigned to virtual proceedings.

And you know what? I’m busier than ever. It’s actually a little intimidating looking at my calendar right now. It’s super full, and the technology is just amazing. It’s just remarkable. You literally forget that you’re not in the room with these people. And it’s more than just the ability to have a videoconference, which, of course, is important when you have all of the parties in “one room,” so to speak. The ability to employ breakout rooms is crucial, as it lets people feel secure, knowing that they’re in a protected setting where we can speak confidentially without any concern about anything bleeding through a virtual wall. I held a mediation recently where I had five breakout rooms, and I just went from room to room to room to room to room. Sometimes I’d put a couple of the parties back together, sometimes I would break them up, but it was really easy. That’s what people come away with once they try it.

If they haven’t done it yet, that hesitation remains. But under the present circumstances, quite frankly, people are going to be forced to do business this way. I was joking a bit the other day, and I said, “You know, we call it alternative dispute resolution, because years ago it was looked as an alternative to the court system. Well, the court system isn’t operating right now, so we’re actually the primary dispute resolution.” In all seriousness, we’re dealing with very difficult circumstances, of course, but people still have to get their matters resolved. This technology has stepped into the breach, and it’s allowing people to continue to make progress on their matters.

How is Virtual NAM helping to facilitate mediation and arbitration?

It’s giving parties as close to the feeling of the real experience as is possible. When I open a mediation session, I have everyone before me on my screen. I’m given control, as the host of the session, which allows me to open the breakout rooms and move parties, as I mentioned, to individual rooms or separate groups within breakout rooms. It’s actually very much akin to a normal mediation. Once people give their opening statements and exchange information, everyone tends to forget that they’re not literally in the same room with each other. Just being able to see each other is huge. Being able to share documents is critical. People can make PowerPoint presentations. It’s pretty darn close to the real thing.

I do see this as a game changer down the line, too, as we come out of this crisis, because companies are going to be very mindful of their bottom line. So you know what: No more using half a travel day before mediation and half a travel day afterward. The ability to just log in at 9 in the morning from wherever you are and actively participate, to see the other side and the other side’s principals, to have the exchanges that we’d be having if we were in a conference room together, that is remarkable. I don’t know how it’s going to impact business travel, quite frankly. The airlines are having a terrible time right now, but I think a lot of corporations, a lot of the commercial participants in mediations, are going to say, “Look, if I can do this from my own conference room, why do I need to fly halfway across the country? Why do I need to book a hotel room? You know what? I can be much more productive staying right here.”

That said, I do think some people will always want to do ADR in person, when possible, and that’s fine. It’s not that I think traditional mediation won’t exist after this. It will. But I do think we’re going to see a measurable and significant change as far as what people opt to do as their first choice. Just think of the ease of scheduling. Say you have a case coming up for trial in the near future. There might be multiple parties involved, so there are going to be headaches involving scheduling the lawyers and the clients and everybody else, getting them all to a certain location at a certain time. Now, all of that evaporates. All we need is a date and time.

How effective and successful has Virtual NAM been?

Remarkably successful. Every person I have teleconferenced with has said, “Oh my goodness, this is amazing, and it’s easy.” That’s one of the things NAM has tried to do – make it easy for the participants – because, listen, everybody’s got a bugaboo about technology. I’ll tell you, I certainly did, but when I did my original training with this technology a few years ago, I thought, “Wow, this could really be something.”

I did a case about a year and a half ago, a very complicated insurance coverage case where I had three underwriters from Lloyd’s over in London on the screen all day. They were sitting at a conference room table, and honestly, after a while, I’d come in and out of the room, and I forgot they weren’t actually in the room physically. I’d walk in, say, “Oh, hello, fellas.” And there they are: “Oh, Hi Rich. We’re ready.” I was already thinking to myself at that time, “Look at the savings in time and money for these three fellows who were active participants.” The savings on a transatlantic flight, and all of the time it would take, and we got the case settled at the day’s end. I haven’t had anybody say to me, “Oh, I don’t like this process. Oh, I’m not comfortable with this.” The only people who say anything like that are the ones who haven’t tried it.

It just goes back to that fear of the unknown, and that’s why NAM’s trying to make it as easy as possible for people. They get an invitation, and they can log on as easily as just clicking on the link. It’s really easy, and it works well. And if there is any kind of glitch, the NAM IT folks are right there. They’re shadowing the proceedings. If it’s a multiparty case, they may be there to help open things up, to make sure everybody gets settled. They might ask, “Is anybody having any technical issues? All right, let me go offline with you for a minute.” That gives people comfort in itself. Nobody’s being left adrift. Nobody’s being left in the wilderness. The whole goal of this is to get it to operate as smoothly as possible, to help people overcome that fear of the unknown. And the proof is in the pudding. Everyone is telling me it’s just remarkable.

What steps should clients take if they’re interested in mediating or arbitrating a case with Virtual NAM?

If you have an account with NAM, and a lot of law firms and companies do, just contact your Account Executive, and they’ll get everything set up. If your company is new to NAM, they should contact Jackie Silvey, Esq. ([email protected]). She is the General Counsel at NAM. She and her staff oversee the handling and scheduling of all of the commercial mediations and arbitrations, and she’ll get your people set up right away.

I really would encourage people to try it as soon as they have the need. There’s nothing to lose. I believe wholeheartedly that once people do, they’ll be very accepting of it. The technology is already known, it’s tested, and it’s reliable. It’s been the future of ADR for some years already. Now, it’s the present.

A webinar on the use of video conferencing technology for arbitration and mediation can be found here. 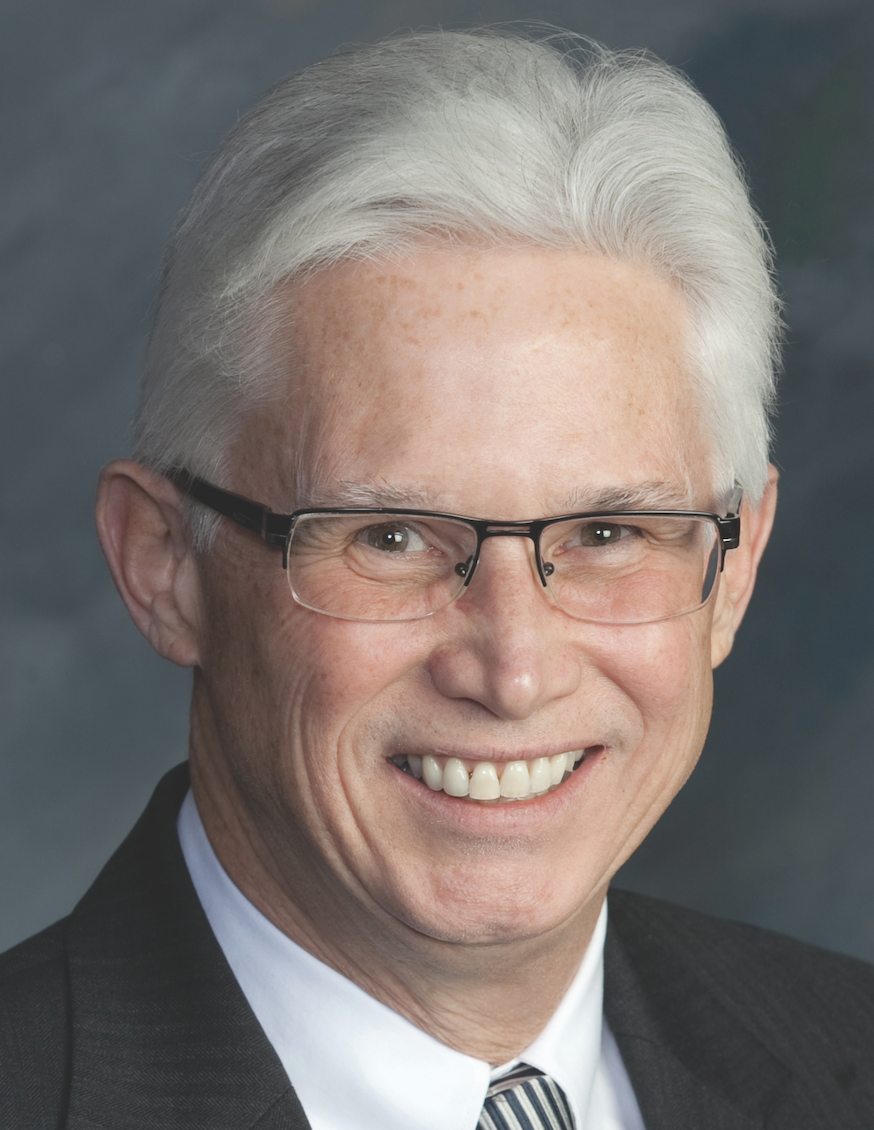 Eric P. Tuchmann, Senior Vice President and General Counsel at the American Arbitration Association®-International Centre for Dispute Resolution® (AAA-ICDR) discusses with CCBJ how the AAA-ICDR has been handling their dispute-resolution cases during COVID-19 and what mediations and arbitration hearings could look like as states lift restrictions on sheltering in place and in-person dispute-resolution procedures become available.